Felix Vallotton, the subject of a new exhibition on view now, at the Royal Academy, was a betwixt and between sort of artist. Swiss by birth, he became French. He was a member of the turn-of-the-19th-century group called the Nabis – ‘nabi’ is the Hebrew word for ‘prophet’ – but he never entirely became a full member of the gang. 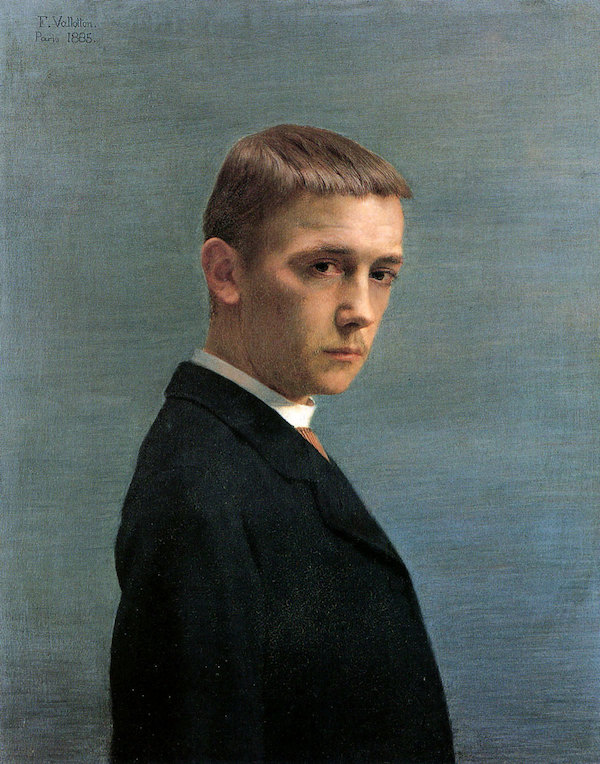 A group portrait included in the show shows him hovering, just on the fringes of a gathering of colleagues. Fellow members included Pierre Bonnard, Edouard Vuillard. Ker-Xavier Roussel and Paul Sérusier. As this list suggests, the Nabis were the not-quite-Moderns. Certainly not Impressionists, not Symbolists (though sometimes with a Symbolist vibe), yet not identified, either in their own time or our own, with the full-dress revolution that was soon to manifest itself in art.

There is a painting here for example, which parodies Manet’s, Olympia – reclining female nude, Caucasian, not confronting you but instead safely asleep, plus a black attendant, in this instance disengaged and smoking a cigarette.

Vallotton began as a firmly realistic painter but made an early reputation as an illustrator. His drawings for the liberal Parisian press of the 1890s, a time when there was a proliferation of illustrated journals and newspapers. He became the chief illustrator of La Revue Blanche, the most famous art-and-literary magazine of its period. This gave him a central position in what then thought of itself as the avant-garde. His preferred medium was woodcut. His best-remembered series, on view here, is called Intimités. It satirises the sexual mores of the Paros bourgeoisie, to which the artist now belonged. In these prints there is an influence from the work of Japanese ukioy-e printmakers, among them, Hokusai and Utamaro, who had relatively recently became fashionable in Europe.

Through La Revue Blanche he was also in touch with artists whose work was more revolutionary than his own. He seems to have disliked the work of Matisse, which he considered to be formless. He even made a portrait of that high priestess of the avant-garde, the American writer Gertrude Stein. This was produced very slightly later than Picasso’s likeness of the same sitter, now in the collection of the Metropolitan Museum in New York. Stein wrote a poem about the portrait of her by Picasso entitled As I Told Him.

It runs in part:
Now.
Not now.
And now.
Now.
Exactly as as kings.
Feeling full for it.
Exactitude as kings.

About Vallotton’s likeness of her she apparently had nothing to say. It is in fact, rather an impressive solidly accomplished likeness.

Vallotton had the good fortune to marry rich. In 1899 he wed Gabrielle Rodrigues-Henriques, who was the widowed daughter of Alexandre Bernheim – one of the most successful art dealers in Europe, the founder of the Galerie Bernhein-Jeune. Four years later La Revue Blanche ceased publication. Vallotton was then free to give himself up almost entirely to painting, which he duly did.

The RA subtitles this exhibition of his work ‘The Painter of Disquiet’, but one of the things the show pretty much leaves out was it’s subject’s reaction to World War I. When the conflict broke out he was 49 – too old to fight, though it seems that he would have liked to serve. He was, however, officially sent to the front to paint what was going on there. A small series of prints, entitled This is War! and just one painting memorialises his reaction to the conflict. The painting is a smallish sketch for a much bigger finished painting, a night-scene at Verdun. It is a preparatory work for a much bigger painting now in the Musée de l’Armée in Paris. It is strikingly different from these rest of Vallotton’s work. It looks, at first glance, like the production of some Italian Futurist, twenty years younger than the man who actually produced it. War, it tells you, exists in a different realm. 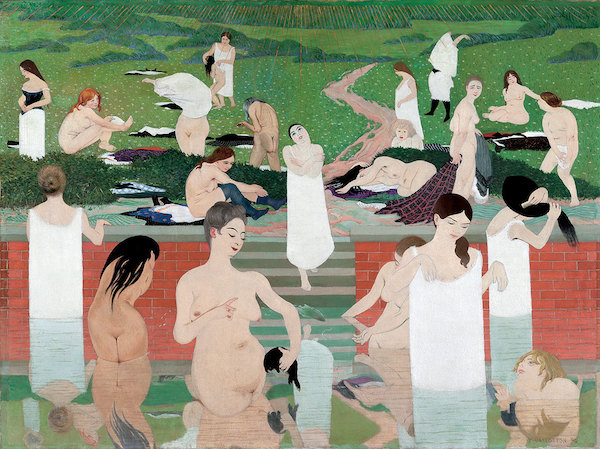 It is a striking fact that, apart from quite a stock of paintings by British artists, the war inspired very little art that was actually made at the time. There was no significant group of war artists in France, though some established painters were officially invited – not just Vallotton but others – to visit the front and record what they saw there. They were tourists, not participants. The French art world was already by that time entirely cosmopolitan. A high proportion of the artists living and working in France were not French nationals and were not directly involved in the conflict. French artists who were directly involved as combatants didn’t have much opportunity to paint. Braque, Picasso’s fellow Cubist, was a case in point.

In this sketch, Vallotton offers a memorial to his own eerie detachment from the full realities of the war. The painting is a beautiful image, but also spooky. It doesn’t tell you directly that, amid its spectacle of searchlights, thousands of men were being killed. Another painting in the same room seems to offer a more engaged reaction, though also a very oblique one, to the realities of the war. It is a still life of intensely seen red peppers plus a strangely bloody knife. Made in the war years, it seems to murmur softly about the conflict. However, to get the message, you do have to know the context.