Video Games Rule! The Victoria and Albert Museum has just opened a large, ambitious exhibition devoted to video games. It’s their first venture into this field and is very appropriately titled Design/Play/Disrupt. The last of these three words are the key.

There are now 2.2 billion players of video games worldwide

The catalogue for the show claims that there are now 2.2 billion players of video games worldwide. Video game producers vary widely in size and ambition, Some are mammoth outfits, raking in the money. Some are quite small. Both kinds are represented in the show. Where the tiddlers – if I may call them that – are concerned, it soon becomes evident that these are doing a lot of the things we tend to call contemporary art and doing them with more imagination and panache than the video artists that Tate and the Arts Council of Great Britain love to snuggle up to. It’s also clear if you will excuse them. It’s also fairly apparent that these producers of games don’t give a flying f*** if the visual arts establishment in this country, or for that matter elsewhere, loves them or not. They don’t need to. While this is the first major recognition that video-gaming has received from British high culture, the show itself makes it clear that this, like it or lump it, is a creative and also an economic universe that exists very comfortably in its own right. 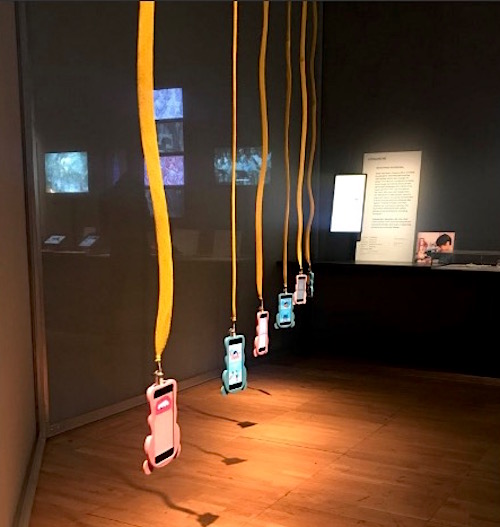 Video Games On display at the V&A

It is international, with a lot of input from non-European sources. It appeals particularly to the young. The video-gaming world thus includes exactly those groups of people whom our self-appointed cultural authorities would like to claim. It adds to the irony of the situation that those who are involved in creating video games seem to have a much greater degree of technological sophistication than is usual the with those who make videos that are self-consciously – and don’t you dare to forget it! – Art with a capital ‘A’.

There is another ironic element as well. That is that these technological constructions are by definition participatory. The player can operate as a singleton. However, with many games, he or she is part of a group, competing with, or even sometimes co-operating with, other gamers. Quite often these other participants will be known only through their presence within the world created by the game, which becomes a universe in its own right.

That is, is video gaming takes the idea of performance art and takes it a good deal further than the performances one meets in art galleries. Performance art increasingly prides itself on having a participatory element. It is one of the things that tend to divide it from theatre in its traditional form. It is also, very often improvisatory. Improvisation lies at the core of the impulse to game. Get started and see what happens.

The show at the V&A is so teeming with ideas and possibilities that it is very hard to offer an idea of what a visitor might meet there. Some templates are what you might expect. One model is the good old shoot-them-up. Another model, very evident in the drawings that have been starting points for some of the games that are featured in the show, have strong elements of Gothic Horror, and also links with Science Fiction. That is, the player is asked to enter into a new universe, very different from the one he or she usually inhabits. You are released from yourself when you enter.

Isn’t this, in a broad sense, one of the things that works of art are supposed to do for you?

It’s ironic in a way that Design/Play/Disrupt will soon be competing with the upcoming 2018 Turner Prize show, which is due to open at Tate Britain towards the end of this month. The British supposedly avant-garde art world is currently badly in need of a shakeup, and this, as its title suggests, offers exactly that. Disruptive it certainly is. It is also blessedly free of grandee condescension.

Maybe the day is not so far off when every big official museum here in London will have to have is very own video-games arcade? With attendances going down at most of these institutions, as they currently are, it might be an efficient way of getting young punters in.