‘We Will Walk—Art and Resistance in the American South’ is one of the most powerful and important shows I’ve seen. It is co-curated by the artist Hannah Collins, who initiated the project, and curator Paul Goodwin. The exhibition traces the history of African-American artists in the Deep South during the second half of the 20th century, a time of racial terror so savage, so traumatic but yet so recent. It shows us their influence on American culture and how they engage not only with history but also how the environment itself shaped a unique and innovative visual language that leaps off the walls of the gallery and (to paraphrase James Baldwin) ‘illuminates the darkness’.

We Will Walk reveals art not often seen in the UK, if at all. These ‘fugitive’ artists often lived in conditions of rural poverty during the Civil Rights struggle and its aftermath, shaped by slavery and segregation. This is the poverty-stricken rural Deep South, and by necessity they used found objects; assemblage, musical instruments, performance, quilts or any materials hobbled together, by any means necessary. The artists didn’t have ‘studios’; they worked in Yards, producing work, which frequently references the Civil Rights struggle alongside wider issues of history, race, resistance and education.

“Art ain’t about paint. It ain’t about canvas. It’s about ideas. Too many people died without ever getting their mind out to the world”.

The title of the exhibition references walking as an act of courage and protest during the Civil Rights period (1954–1968). Most of the artists are from or around Alabama, a southern state with deeply entrenched racism. The Selma to Montgomery march of 1965 led by Martin Luther King raised awareness of the difficulties faced by black voters, and the need for a national Voting Rights Act. It also started a process of transformation that gradually allowed these fugitive artistic practices to become visible.

“There is no greater agony than bearing an untold story inside you.” – Maya Angelou 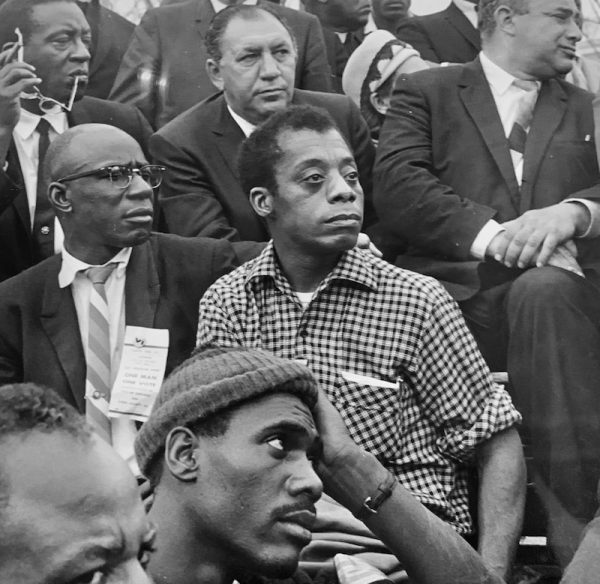 The documentation of this march and other events are an integral part of this show. As well as a timeline of events before entering the exhibition, there is an archive on display. Danny Lyon is well known as a civil rights photographer, but less widely known is Doris Derby, a young activist who documented the less obviously political elements of the movement: women learning skills like reading and writing, quilting collectives and rural health initiatives. Alongside Derby, a number of other African-American photographers such as Gordon Parks and Ernest Withers are on display, as well as archive footage.

With American music so intrinsically tied up with slavery and the south, it is no surprise that music plays such an important role in the exhibition. Much of the work on display here has the improvisational and abstract element that Jazz has. The music in the show has been curated by Musicologist Professor Calvin Forbes and features music from Billy Holiday to Nina Simone to Public enemy. A 2018 video of a song by Lonnie Holley ‘I Woke Up in a Fucked-Up America’ was one of my highlights with Holley using Gospel, Blues and Jazz, the same way he uses paint, wood and found objects.

Thornton Dial has been compared with Jackson Pollock and Anselm Kiefer and is sometimes referred to as an outsider artist (‘vernacular’, ‘self-taught’, ‘folk’, there are lots of labels). He started making work late in life using materials like animal bones, American flags, wire, wood, and whatever he could get his hands on. 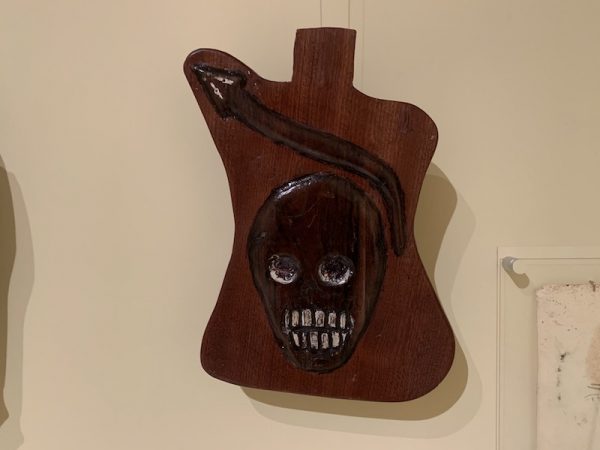 The Gee’s Bend quilts make their UK debut, following a critically acclaimed show at the Whitney Museum of Art in 2002. Gee’s Bend is a small rural community whose residents are mostly descendants of slaves. Women like Annie Mae Young, made quilts from recycled materials simply to keep them and their children warm in unheated shacks. Like other works in the show, the improvisational and abstract element makes them unique. Feed bags, Jeans and rags are transformed into bold geometrical patterns. Once unknown, they are now so iconic that they have featured on a series of US postage stamps.

There are over 70 works in the show, including works by Mary T Smith, Bill Traylor and Beverly Buchanan and hardly any of it has been seen in the UK, which is quite a coup for Turner Contemporary. Some by artists directly inspired by Civil Rights imagery and themes, others moved to make and display work in their yards.

The final room features Kara Walker, Sheila Pree Bright and Jack Whitten, which brings the show and the activism up to date, as it explores the connections between works shown in the previous galleries.

This exhibition is vitally important, and I was dismayed to find out that it is not slated to travel elsewhere. It is innovative, potent and explosive in its ideas and execution, and we need groundbreaking shows like this now more than ever. Do not miss it!

We Will Walk – Art and Resistance in the American South, Turner Contemporary Margate 7 February – 3 May 2020 FREE