It’s depressing how rapidly once-big art stars manage to fade nowadays. You blink your eyes, and suddenly they’re gone. The Italian star, Afro, now on show at the Tornabuoni Gallery, has in fact already been gone for some time. Born in 1912, he died as long ago as 1976, more than forty years ago.

Baselitz, German, is still with us, aged 80. He was very recently the subject of a big retrospective at the Hirshhorn Museum in Washington, which closed in mid-September. Sebastian Smee, the resident art critic at the Washington Post, tore the show apart: ‘Quite simply,’ he said, ‘too many people have paid too much for Baselitz’s blowzy work over too many years for his reputation to undergo the correction it warrants. Too many curators and collectors have placed their chips on the roulette wheel of his talent. None of them wishes to lose what loose change, intellectual or real, they have bothered to fork out.’ 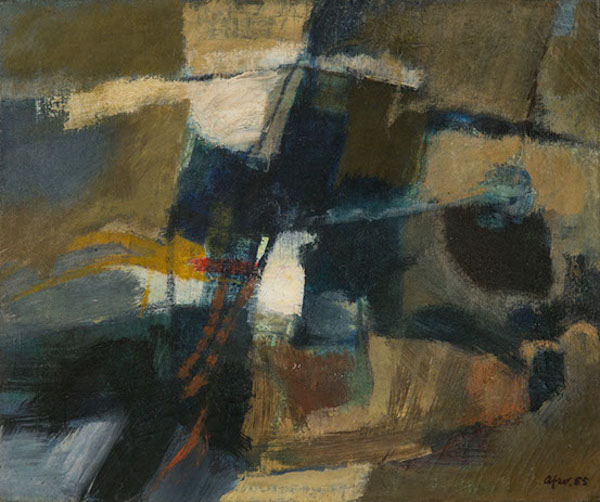 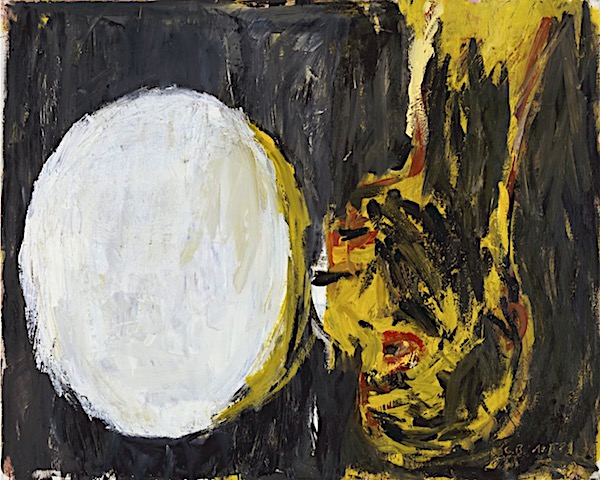 There is now a new Baselitz show, concentrating on what the artist made in the 1980s, at Thaddaeus Ropac in Dover Street. The work comes from well into the period when Baselitz routinely started turning his images upside down. Most of them are portraits of himself. There is also, in addition to these, a rather endearing primitive sculpture, presumably male, but with little specific indication of its sex. This sculpture is the right way up.

Baselitz is regarded as a leading exponent of the Neo-Expressionist tendency in German art, also exemplified by contemporaries such as Gerhard Richter, Sigmar Polke and Anselm Kiefer. In the sudden absence of anything much that seemed interesting in the till-then dominant French art world, these German artists have pretty much ruled the roost in European painting from the 1960s until the present.

Now, so it seems, the time has come for a reckoning.

In one way this seems to me unfair. As the exhibition at Thaddaeus Ropac demonstrates, Baselitz has been capable of making powerful images. The trouble is that they are all very much the same. Rembrandt was quite a prolific maker of self-portraits. Van Gogh also made the few. But is neither case is the artist always there, standing on his head, and shouting ‘Look at me! Look at me! Look at me!’ You soon start to long for Baselitz to shut up. ‘Pretty please – not quite so loud! And can’t you sometimes show me something else?’

This is not the problem with Afro. During a certain period he was indeed a very big star. In 1956 he won the prize for the best Italian painter in the Venice Biennale of that year. In the 1950s he also developed a strong connection with the New York art world, then beginning to surge to its peak. In 1959-60 be both showed at the 2nd Documenta exhibition in Kassel and won the Italian prize of the Guggenheim International at the Solomon R. Guggenheim Museum in New York.

The problem is, I think, that while he certainly benefited from his direct encounters with America art, in a way that most of his Italian contemporaries missed out on, Afro’s work now looks unadventurous compared to what was happening in America at the same time. He is elegantly painterly, and hovers, as his titles often indicate, between the urge to engage with figuration, and the pull towards surrender to complete abstraction. Too often I found myself saying under my breath, ‘Why couldn’t you make up your mind?’