George Rickey was a lone star who created new, mesmerising, enthralling sculptures defined by movement. His metal blades and planes sculpt the air with relentless, ever unique movement, their stainless steel reflecting light in myriad ways. He was an intellectual who made accessible much loved public art. Rickey’s ability to create invisible abstract geometry by sculpting the air in mysterious slow-motion is currently fascinating New York with 9 large pieces installed along Park Avenue.

This American grew up and was educated in Scotland, arriving at age 6 when his father became manager of the huge Singer’s Clydebank factory. ‘Forever glad to have a Scottish childhood in my baggage,” he retained its old fashioned virtues of graft, getting up early, drawing every day, working long and hard. Oxford followed, then Paris in the 1930s, where he studied painting. Returning to the US in 1930 as a foreigner with an English accent, he taught for 20 years before moving to metal sculpture in the 1950s. 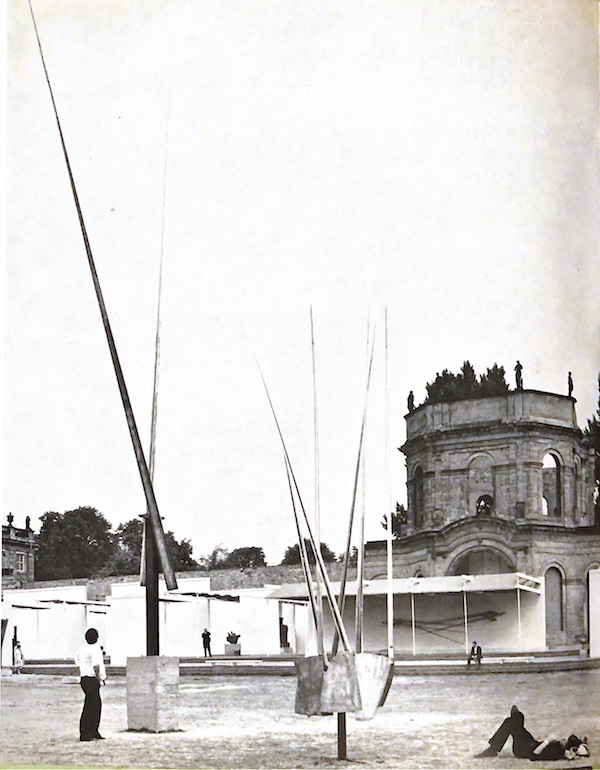 By 1964 he was the outstanding key artist at Germany’s famous documenta where his 32 ft high blades dominating the entrance were ‘absolutely one of the magic moments in the history of Kinetic art’ recalled Otto Piene. Rickey went on to conquer the international art world. But it had taken a while! He was already 57.

Surprising it took Rickey so long to find his true vocation – a marriage of art and science, of sculpture, motion and engineering. ‘I had this lurking mechanical bent as my father was an engineer and my grandfather made clocks. I think we were all hand minded.’ Another key influence was sailing on the Clyde from boyhood where “I experienced the action of the wind and the laws of motion first hand.” Vital also for future use was his sea-going knowledge of gyroscopes and gimbals. “To see my sculptures without movement,’ he told me, “is like having a painting in the dark.” The final piece in the puzzle was war service where the army identified his ‘exceptional mechanical aptitude’ and put him to work researching aircraft machine gun turrets with their ball bearings and remote controls. By 1945 he was constructing little sculptures with moving parts in the army machine shop.

This is for me a personal story too. In 1964 Rickey joined New York’s leading-edge Staempfli Gallery where Phillip Bruno, later to be my husband, was co-director. In the new excellent Rickey biography, A LIFE IN BALANCE, author Belinda Rathbone recounts. “Half a generation younger than the sculptor, Bruno had grown up in Paris and New York and had developed a sure eye for artistic quality and originality, with charming manners to match. Both George and his wife Edie took an immediate shine to him, and he looked up to George like an older brother.”

Memorably in 1969 they invited Phillip, all expenses paid, to join them in Berlin for his birthday, and when a trip to the opera was cancelled due to a snowstorm, Rickey drew Phillip’s portrait, now in  Rhode Island School of Design Museum.

I didn’t meet George till 1982 but it was equally memorable. That summer there was a spectacular outdoor exhibition of 30/ beautiful sculptures along both sides of Glasgow’s River Clyde for me to review for the Glasgow Herald. An architect friend and trustee of the Scottish National Gallery gave a small dinner party for George at his home. He sat me straight across the round table from the charismatic George. A week later I found myself giving a much larger party for George’s 75th birthday. Edie and sons Philip and Stuart had flown in. It was a lovely sunny evening and the gift of the big outdoor sculpture to Edinburgh’s Scottish National Gallery was arranged there and then. I tell my husband that he sits in the same room under the same chandelier – just where it happened.

I always joke that George could have introduced us both much sooner, but twenty years later he did send us a drawing as a wedding present. A few months later, in October 2002 I attended his memorial at the Guggenheim; he died at 95.
But fate had other twists in store. When looking for an upstate country home, Phillip suggested Chatham, Columbia County ‘where George lived.’ I duly went searching and found our piece of paradise. In fact, George lived in East Chatham, further northeast as I later discovered when we went there. (The Rickey Foundation is based there. George kept detailed notes on everything, so it’s an amazing research centre.) More uncanny links were to come. Visiting a house to see work our prospective builder had done, it turned out to be the home of Rickey’s chief assistant, who is still the go-to guy for any technical problems. And there have been many in Glasgow.

In 1982 Rickey gifted works to the city to ‘repay a bit of what I owe to Scotland” but, as I wrote in Artlyst last January, ‘GEORGE RICKEY: 40 year Saga of a lost sculpture,’ one was damaged and misplaced early on. Happily, it now resides in Queens Park. 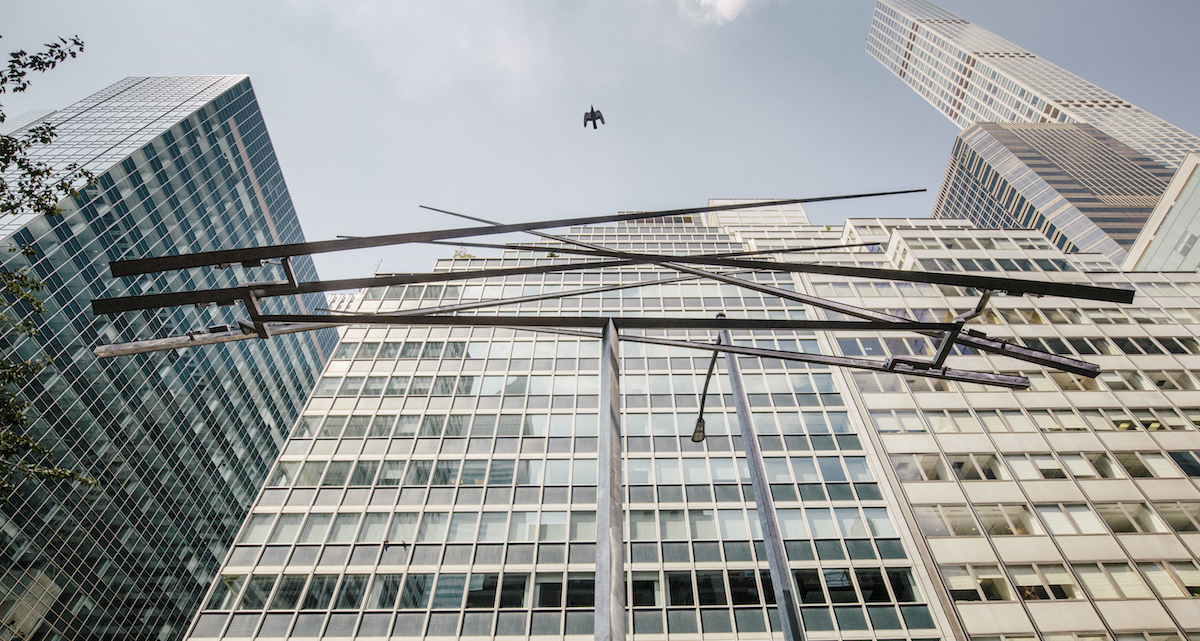 George Rickey A Life In Balance

While Rathbone’s enthralling biography emphasises his work ethic, it also reveals the many high powered friends he had. An early networker par excellence, George knew everyone, every gallery director, every collector, every useful art advisor. Though not wealthy when young, he always had funds for a studio. His second wife Edie was the consummate hostess and their East Chatham home with its many adjacent workshops and studios, was always a very lively place.

Rickey’s gift was to make things oscillate, pivot, spin, sway, dip and above all dance – elegant, graceful skywriting minimalism where effort did not show and an economy of means was paramount. His sculptures seem alive with their shifting abstract patterns and surprise elements – movement due entirely to wafting breezes and air currents. What a legacy from this American Scot, this Scottish American. Great book. Readable too.

GEORGE RICKEY; A LIFE IN BALANCE. Published by Godine. Boston $40