An exhibition of new work by Israeli/British artist Gideon Rubin, Black Book is the latest in a series of well-received shows curated by James Putnam. Staged at the Freud Museum, Rubin blends the nature of human psychology with the sinister history of Nazi propaganda.

A retroactive response to the abhorrent Nazi propaganda of WW2

The setting for Gideon Rubin’s latest solo show is the Freud Museum, which is entirely appropriate when considering that Black Book is a retroactive response to the abhorrent Nazi propaganda of WW2. It was in this house that Sigmund Freud, an Austrian Jew, settled after his narrow escape from Vienna in 1938. Freud’s principal offering and lasting legacy was the conception of psychoanalysis: a clinical therapy designed to examine the unconscious mind. The core tenet of Psychoanalysis is the belief that our mental development is shaped by forgotten childhood events, and that we possess an inescapable ability to suppress historical memories which subsequently end up driving our behaviour in later life. Essentially, Freud believed that humanity must confront the past to find peace in the present. 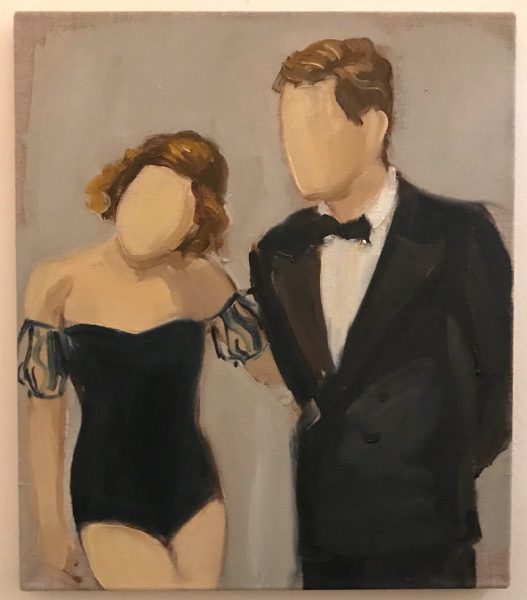 In Black Book, Rubin does just this. The artist has gathered numerous objects of Nazi propaganda, including a copy of Hitler’s 1925 monstrosity Mein Kampf, from the 1939 English translation. He then blocks its repugnant message by blacking out every word and offensive image rendering the book neutralised. Just as Freud decrees, Rubin brings the past horror of Nazism to the foreground, meeting it face to face and subduing it. While the ghosts of propaganda may still lurk beneath the black paint, they are made impotent of their hateful power.

Elsewhere a selection of articles from 1930s German magazines celebrating the vitality and strength of the Aryan race are given a similar treatment. Faces are painted over in gouache obscuring their identity, and the portions of text relating to Aryan supremacy or Jewish inferiority blacked out. What once were cloying examples of evil masquerading behind images of home and family are reclaimed by the artist, their histories not erased but rewritten without menace.

Rubin is primarily a painter, and there are a number of canvases on show, subtly slipped in amongst the museum’s permanent collection. The paintings are mainly figurative with subject matter drawn from propaganda. Again faces are obscured and any Nazi references removed, divorcing them from their context. The figures become empty and obsolete, eerie in their concealment but ultimately harmless.

It is interesting to note that in subverting this hateful material, Rubin is in a way a manipulator of media himself. With healing and restoration as his crucial motives, he undermines propaganda’s ability to brainwash and leaves these instruments of poison as defused works of art that celebrate the triumph of good over evil. Though this exhibition eventually overcomes its harrowing premise with a message of restitution and rebalance, we cannot express any thankful sighs of relief that the misuse of information is a thing of the past. Rubin’s themes remain poignantly relevant as we continue to move through an age of racial conflict, forced migration, and the exploitation of media’s influence. Black Book reminds us of what can happen when we fall for the most sinister, scheming, and frightening use of mass marketing.

Gideon Rubin (b. 1973) is an Israeli artist trained at the School of Visual Arts in New York and later the Slade School of Art in London. Rubin works with themes of the past, family, childhood, nostalgia, and portraiture. Notably, he is the grandson of Reuven Rubin, a Romanian-born Israeli painter who became Israel’s first ambassador to Romania. Unlike his grandfather who often painted landscapes that suggested of the potential greatness to come for Israel, Rubin paints memories of the past. Rubin has held numerous international solo shows at venues including Chengdu Moca, Herzliya Museum of Contemporary Art Israel, San Jose ICA, Galerie Karsten Greve Paris, and the Hosfelt Gallery, San Francisco. The artist resides in north London with his wife Silia, an artist herself, and their three daughters.