GLASGOW’s reputation has risen & fallen over the years. 1990 saw a peak. The city is now in a trough. The tragic fire which completely destroyed its world-famous icon, the Glasgow School of Art has – literally – left a big hole in the city’s heart. The city centre around Sauchiehall St and the defunct McLellan Galleries is a shadow of its former self. These are dark days. 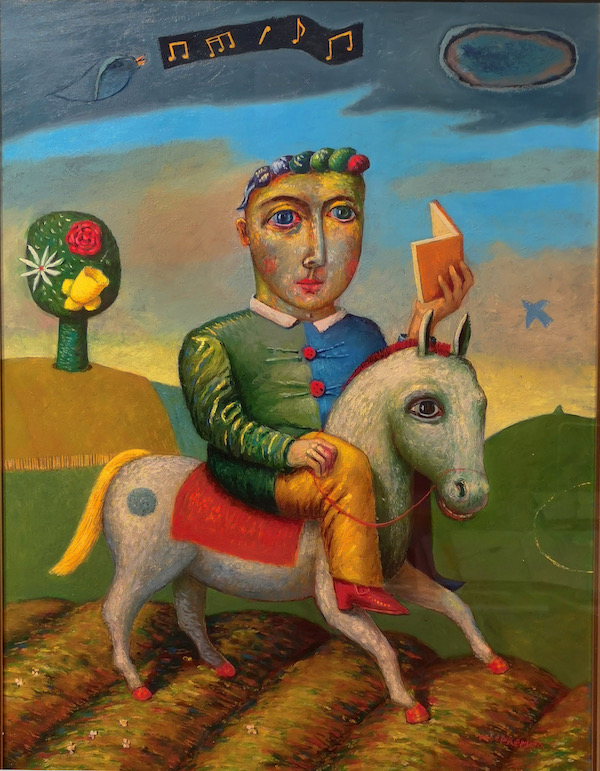 Long ago I did research for the Paul Mellon Foundation. One aspect was the enthralling period around the foundation of the Royal Glasgow Institute in 1861. Back then the new RGI, in competition with Edinburgh’s RSA, featured works by Whistler, Turner, the Pre-Raphaelites, even Monet & Degas! Mackintosh exhibited from 1892 onwards. No wonder Queen Victoria bestowed royal status.

Till recently the RGI exhibited in the once beautiful McLellan Galleries. Luckily fifty years ago they were gifted a useful small space, a block from Sauchiehall Street, for monthly shows. Today’s exhibition there is a lively affair.

New president ADRIAN WISZNIEWSKI works in vivid, dramatic colour, and is all set to boost the RGI’s profile. “There’s nothing wrong with colour,” he tells me! Currently showing at Edinburgh’s Open Eye, his work can also be seen in the Tate, MoMA NYC & Setagaya, Japan. Neil MacPherson RSA, RGI, RSW, also has an international track record. His surreal legends peopled by Gaelic characters from folklore & myth, are equally lush, loud & likeable, while Helen Flockhart’s memorable, mysterious scenarios of female figures, add a touch of ancient magic.

In total contrast Peter Thomson RSW, RGI focuses on tonal subtlety. His masterful paintings, quiet images set among the desolate wasteland of derelict industrial spaces, are almost painful to contemplate. Helen Wilson RSW, RGI, PAI is another quiet, yet significant artist whose drawings and portraits get to the core of things. 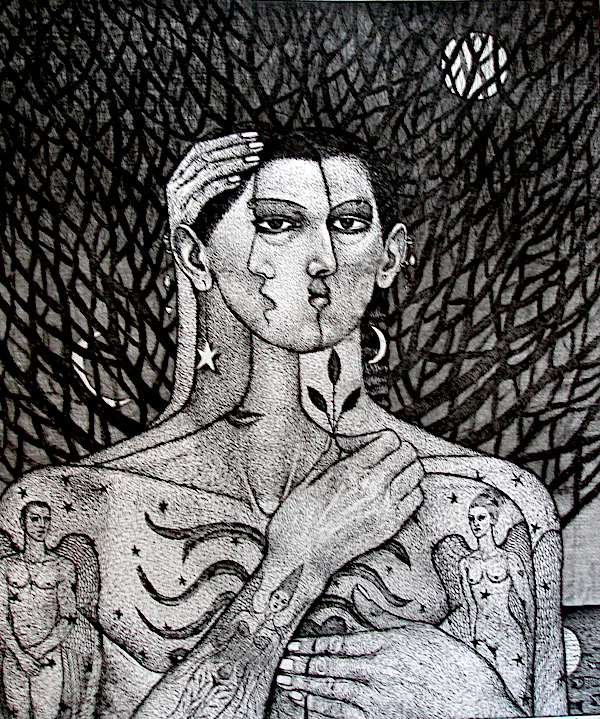 CAREY RSW, RGI, PAI is a painter who loves to draw. The metal etching plate suits her well. In fact, many of these RGI artists, all GSA graduates, have a love of line and detail. Carey’s mixed media ‘Sending Signals’, one of her best, includes her characteristic single inscrutable female figure.

CASS ART is on a mission. Today they sell artists materials in 12 stores across the UK, but over a century ago founder, Paul Cassirer, had a gallery in Berlin & owned the Van Gogh sunflowers! Once established in the UK, he set up art publishing in Oxford. Family members went on run Reeves Paints, establish the extensive Cass Sculpture Foundation, gift all the Niki de Saint Phalle pieces at Glasgow’s GOMA, and much more. Cass Glasgow, their first shop outside London, now provides a desperately needed gallery space in a city centre still reeling from the effects of the GSA fire.