It’s always such a treat to visit the Rijks Museum in Amsterdam. Not only does the collection contain some of the most important paintings by Rembrandt (The Night Watch) and Vermeer (Woman Reading a Letter) but their curated exhibitions program has depth and individuality. This is reinforced by a new exhibition which opened last week entitled ” High Society.”

High Society is a survey exhibition highlighting thirty-five portraits of the rich, famous and powerful of the day. The works in the first series of interconnecting rooms share a similar size and shape which makes for a consistent and pleasing hang. The full-length single portraits are sparsely displayed and lit flawlessly as not to reflect unwanted shadows or light. These are society paintings of the highest order by Cranach, Veronese, Velázquez, Reynolds, Gainsborough, Sargent, Munch and Manet. Many have been borrowed from major collections in France, Italy The UK and America. 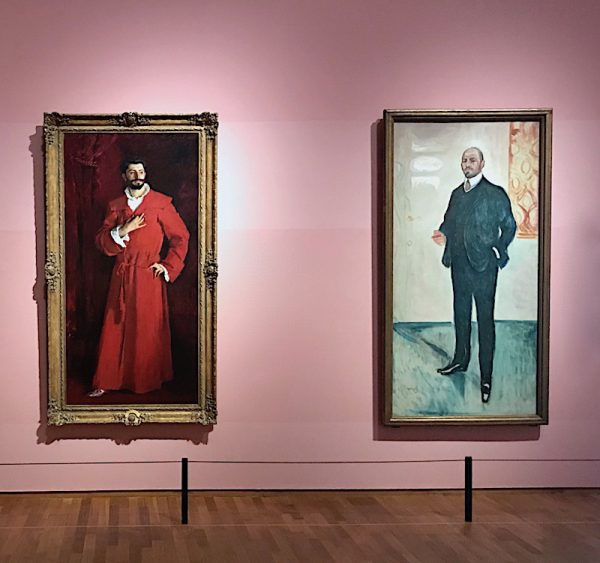 Rembrandt’s magnificent wedding portraits of Marten Soolmans and Oopjen Coppit are central to the exhibition. They make their debut after the controversial co-purchase of the masterpieces by the Rijks and the Louvre, from the Rothschild family, in 2015. Both museums contributed half of the purchase price of €160 million, a record for works by Rembrandt. The paintings have been restored to their former glory and not over restored as was the case of a recently over-hyped Leonardo.

High Society allows a narrow glimpse into the ruling class over four centuries. The common denominator being the subjects are dressed in all their finery and accessorised to the nines, sometimes with children or pets, other times with swords or walking sticks. These depictions are an ultimate and controlled PR exercise in a world long before photography, let alone the intrusions of social media. These were times when it was possible to guard your status behind the veneer of portraiture. The paintings always present just the right impression, that is of grace and candour, whether or not it was in the sitters actual DNA, we will never know. 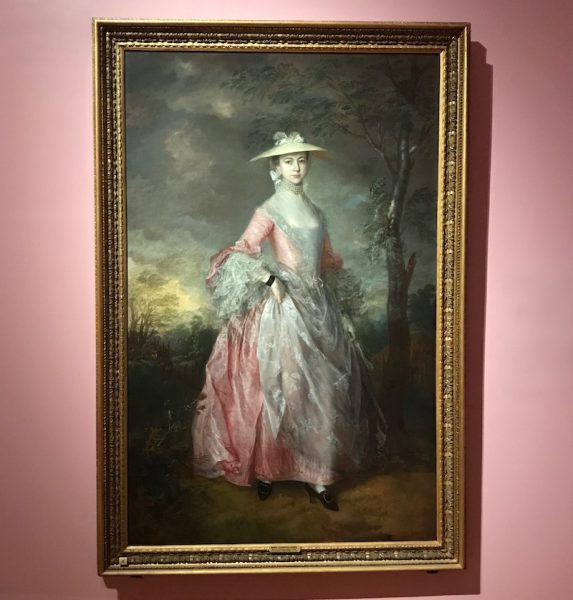 Paintings include the stunning portraits of Henry the Pious, Duke of Saxony, and Catharina, Countess of Mecklenburg by Lucas Cranach the Elder (1514), the married couple Iseppo da Porto and Livia da Porto Thiene with their children by Veronese (1555), Don Pedro de Barberana y Aparregui by Velázquez (ca. 1631-33), Portrait Jane Fleming by Sir Joshua Reynolds (1778/79), The Artist by Edouard Manet (1875)

Most of the people portrayed are lavishly dressed, lending the exhibition a unique fashion history lesson from the tapered cut trousers and doublet from 1514 to the haute couture of the late nineteenth century. Some of the subjects portrayed are wearing ornate garments from past style. Another is wearing a kilt, yet another is not wearing trousers, and one is almost completely naked. The backgrounds are often lavishly decorated interiors, often with architectural detailing like columns or curtains, in summer or winter landscapes. One man is standing in front of an exotic setting with palm trees, while another is adopting a flamboyant pose in front of the Colosseum in Rome.

Whereas the life-size portraits show the well-to-do in their Sunday best, three rooms in the exhibition are devoted to activities that take place for the most part behind closed doors: parties, drinks, gambling, amorous encounters and brothel visits. Based on the vices of Gluttony, Greed and Lust, more than eighty prints and drawings from the collection of the Rijksmuseum have been assembled, many showing humorous and satirical scenes, often with a strong moralising message in the inscriptions.

The Rijks Museum is housed in a splendid Victorian monstrosity similar to London’s Natural History Museum. The height and scale of the rooms make this the ideal setting for this grand exhibition.

‘High Society’ is the first event signalling a Year of Rembrandt in 2019, during which the 350th anniversary of the death of the artist will be extensively celebrated.