Howard Hodgkin died just two weeks before the opening of the current retrospective of his portrait works at the National Portrait Gallery. The location of the show presents a paradox, which the artist himself was well aware of. He didn’t paint recognisable likenesses of people. In fact, the majority of the works at the NPG could be thought of as being entirely abstract, very much in the spirit of the American Abstract Expressionists, who preceded him. If you didn’t know what he was up to, you would probably be playing a guessing game, if you didn’t have access to the information given by the catalogue, or posted on the walls as part of the show itself.

For most of the current enthusiasts of his work, this won’t be much of a problem. As the biographical information given in the catalogue demonstrates, Hodgkin was a quintessential insider, of a rather typically British variety. He came from a well-established upper-middle-class family, which had already produced a number of well-regarded intellectuals – among them, Eliot Hodgkin, a painter slightly older than himself, known but not quite of the same rank in terms of celebrity. ‘Sir Howard’ a Companion of Honour had received quite a number of official accolades of various kinds. His work had been widely exhibited in recent years, both in Britain and outside. He was represented by a whole succession of very posh dealers. 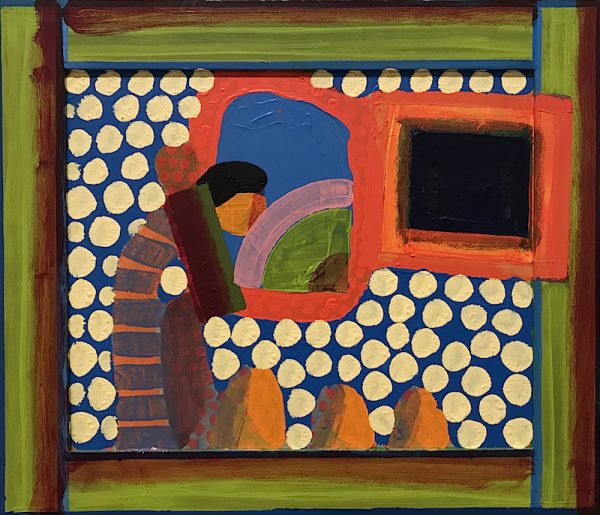 I knew and admired his work from quite an early point in this stellar career. I am quoted in the catalogue in connection with two of the earliest works on view – a portrait of his then dealer Peter Cochrane, of Arthur Tooth & Son, dated 1962-3, and another portrait, this time of his wife Julia, dated 1965. Both of these are more or less recognisable likenesses of a human being, abstracted rather than abstract, though in neither case would you immediately exclaim ‘Oh, isn’t that exactly like him [or her, as the case may be].’ In both cases my comments were positive.

Yet the truth is that, as I wandered through the show, I got more and more alienated. The direction taken by Hodgkin’s early work, sometimes described as ‘voyeuristc’, reminds me and has reminded other critics of the Nabis painters in France, and in particular of Vuillard, thanks to its small scale and carefully coded figurative references – the coding going just one or two further steps towards abstraction than Vuillard did himself. Vuillard is mentioned twice in the catalogue, but no stress is put on the link.

Gradually figuration fades away. By the time one reaches the final section of the show, it is so heavily coded as to be, certainly to the uninformed, entirely absent. How about this description, which refers to a painting entitled Blue Portrait (2011-12), which consists pretty much entirely of two big splodges of paint – a darker one on top of a lighter one:

‘“She [a friend of the artist called Selina Fellows] was standing by the bar [at the Museo Nacional Centro de Arte Reina Sofia in Madrid, where Hodgkin was having a retrospective show] wearing a brilliant blue dress when we arrived.” That striking perception in concentrated in this painting, embodied by two broad brushstrokes.’ My instinctive response to the author of this catalogue note is the weary old put down: ‘OK Gladys, I believe you – thousands wouldn’t.’

Without the catalogue note, the painting can’t exist on its own. Two uncharismatic splodges, unsupported by any commentary, have nothing much to tell the spectator. And why should we assume that all future spectators for this and other works by the artist will be in full possession of this sort of information? 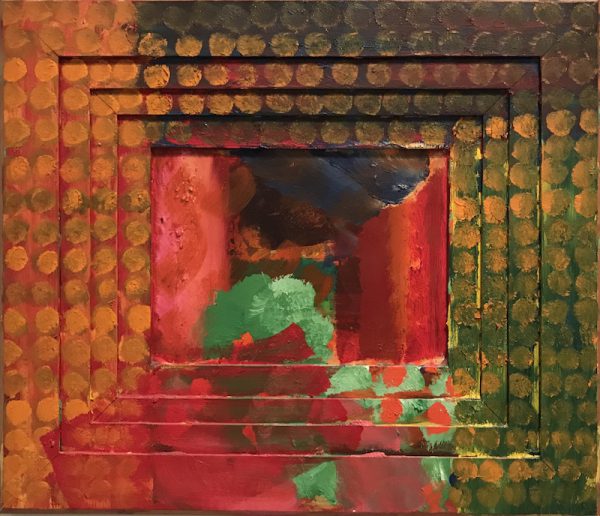 Howard Hodgkin Portrait of the Artist 1984

I wonder what effect these paintings will have, fifty or more years from now when the neo-Bloomsbury society of which Hodgkin was a star has entirely vanished away? People certainly won’t run to them for telling likenesses of any of their subjects who do, by some chance, remain of interest. Posterity may perhaps see them as fading emblems of a very self-enclosed and self-satisfied epoch of British Establishment culture.