One of the most important American video and performance artists Joan Jonas emerged in the late 1960s. Jonas began her artistic career as a sculptor before turning to visual media, performance art and films. She often collaborated with musicians and dancers to make improvisational works that were equally at home in a museum and on the theatrical stage.

“I hate descriptions of women artists that begin with: She’s so personal or she’s so eccentric” – JJ

She studied sculpture and art history and was deeply influenced by the work of artists such as Richard Serra, Claes Oldenburg, Robert Rauschenberg, dancer, choreographer Trisha Brown, as well as the composer, musician John Cage and Philip Glass. 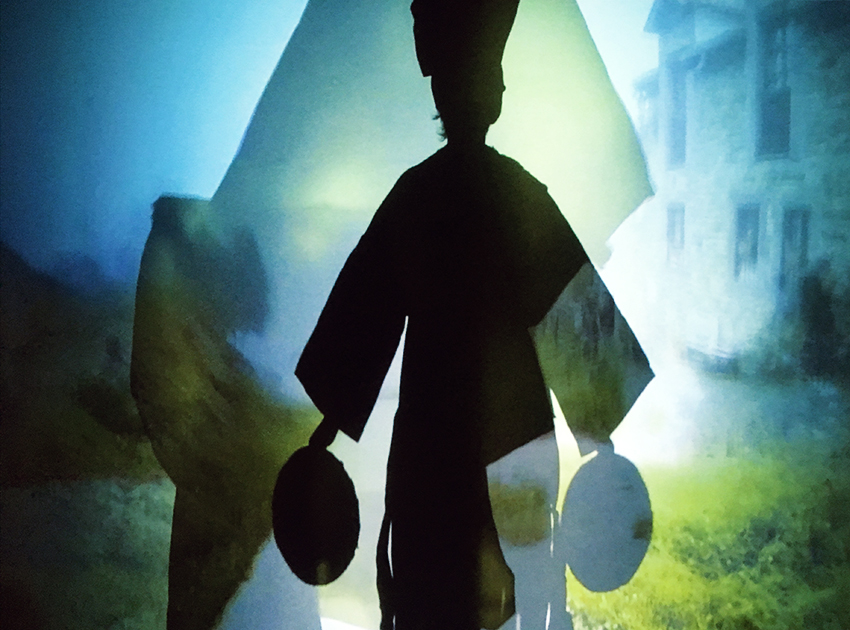 How do we get through confusion and clutter from paper-mâché animal heads to Tilda Swinton’s dead fish? There is a lot going on in Jonas’s art, so forth it’s only possible to grab some fractional pieces of her work and understand her complexity.
Jonas started as a sculptor around 1968 and moved into performance art mixing props and mediated images. Her work was inspired by the shorts stories of an Argentinian writer. She used mirrors as her first props in her installations situated in urban and rural landscapes and industrial environments. Her natural evolution was making very formal choreographed performances with 17 people carrying large mirrors facing the audience to reflect them. These installations lead to her most abstract work “Mirror Check” inspired by the late 60s, 70s women’s movement. The performer used a handheld mirror gazing every part of her body, reversing the concept of her previous mirror pieces. The performance was performed continuously, all day long, during several days in a rather claustrophobic space staying intimately close to the audience. Jonas’s doubts and concerns about sculptures brought her into performance art. 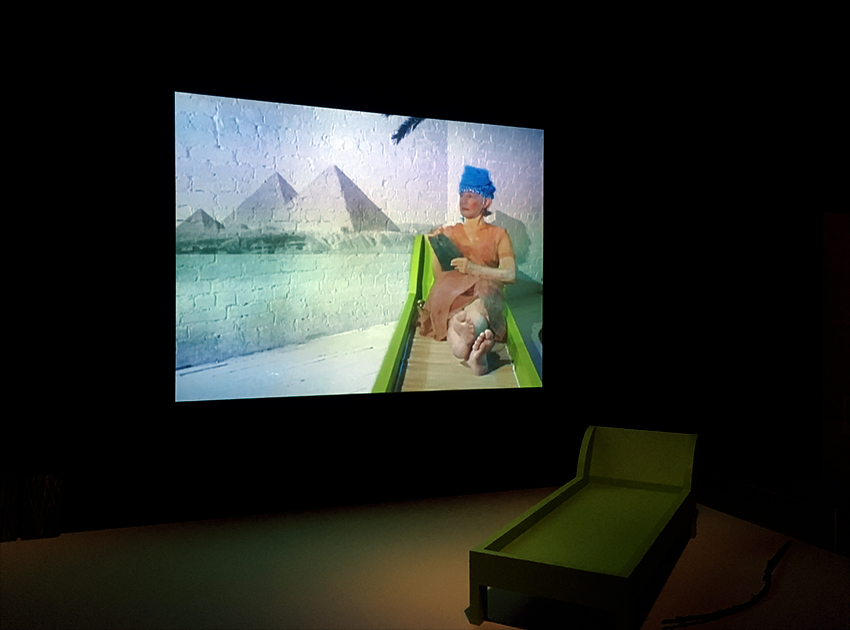 Jonas has always been keen on experimentation with new media where video, performance, sculptures and drawings bled beyond their boundaries, and artworks inspired one another. Unlike sculptures and paintings, video art seemed more open to her and much less dominated by men. At Tate Modern, she has drawn on the concrete walls, amongst large-scale video screens. Some works were made to be seen in miniature projection-boxes, designed for an audience of one. Jonas, wearing a papier-mâché head of an animal, howling like a wolf, drawing birds, stags and faces. Feminism, storytelling and dancing. Her earliest work “Wind” is a 16mm black & white film from 1968. Jonas and artist Keith Hollingworth wander in the furious weather, on an icy beach, dressed in costumes with mirrored panels and with other groups of performers wearing black masks and capes lean into the wind. Among her androgynous works, she has had Tilda Swinton acting in an Icelandic saga and used the translation of a medieval Irish tale. 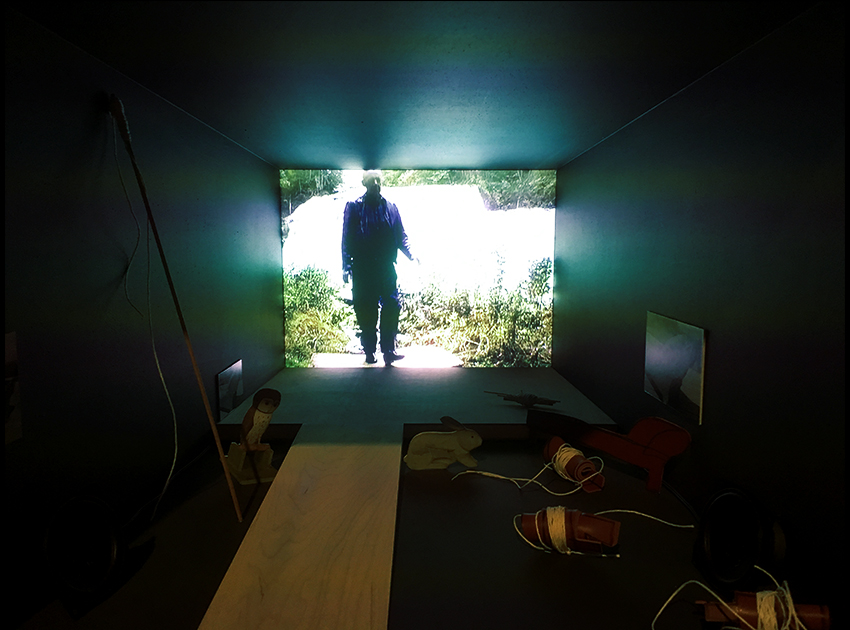 During the installation at Tate Modern works run into one another, then split into a mix of drawings, objects, sculptures, stage props, different events, happening on different screens. Soundscapes overlap from work to work. Videos are projected from grainy 60’s VHS to high definition. She aims for poetry that she doesn’t really achieve. There is a lot of fearless energy in the air but always so much going on and getting in the way. The exhibition has great ingredients for a much exhausting result.

Jonas, now in her 80s, is still working and performing, revisiting her earlier works and continually reconfiguring her art. She partially lives and works in New York and since the late 1960s a part of each year in Nova Scotia, Canada.