John Copeland is an American painter in his 40s, not it seems particularly well known in his own country. Born in California, he now lives and works in New York. He is represented by a gallery in Denmark, but not, apparently, by one in his own country. Currently, he is having a show at Damien Hirst’s Newport Street Gallery. He has the top floor, while the British painter Rachel Howard (already reviewed here) occupies the ground floor. All the works on view belong to Hirst’s own Murderme collection. 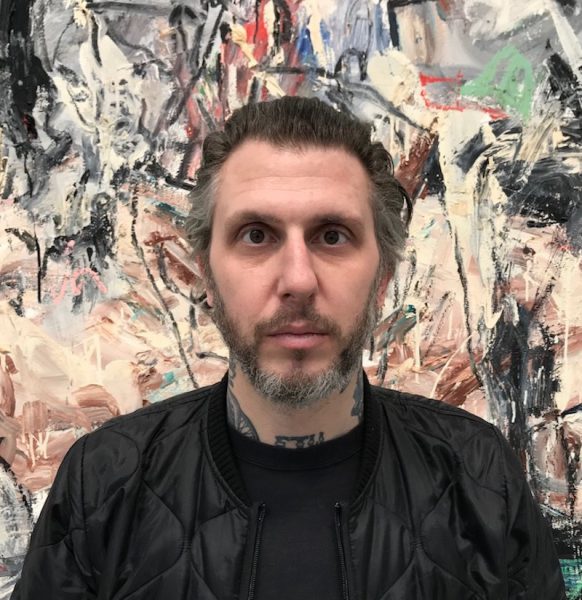 It must be said that the event offers a powerful vote of confidence on Hirst’s part for an artist only slightly younger than himself. Does Copeland’s work live up to this generous evaluation? I am happy to say that I think it does.

Like many of the artists Hirst has chosen to collect, Copeland’s work deviates quite strongly from any of the several styles one associates with Hirst’s own production. About the only thing they have in common is the occasional appearance of a skull.

Copeland is an Expressionist figurative painter, with what one might describe as strong additional traces of Pop

In the series of works on show at Newport Street, the figurative impulse is always present, though in some of the more complex compositions it sometimes seems to struggle to assert itself. The lineage to which he belongs is essentially that of Edvard Munch and Kokoschka. There is, however, considerably less painterly angst than one finds in the work of these two predecessors. This, in spite of the fact that the overall title of the show in the ominous Your Heaven Looks Like My Hell.

What Copeland seems to have done is to have found his way back to exuberant painterliness, having broken away from the tame quasi-photographic surfaces that are typical of so many of the paintings that we now classify as being either Pop or post-Pop. The turmoil of the surfaces adds an attractive element of joie de vivre to the works on view – something that contradicts the downbeat tone of the series. It also means that you sometimes have to play a game of visual hide-and-seek to discover what the composition you are looking at is really about. 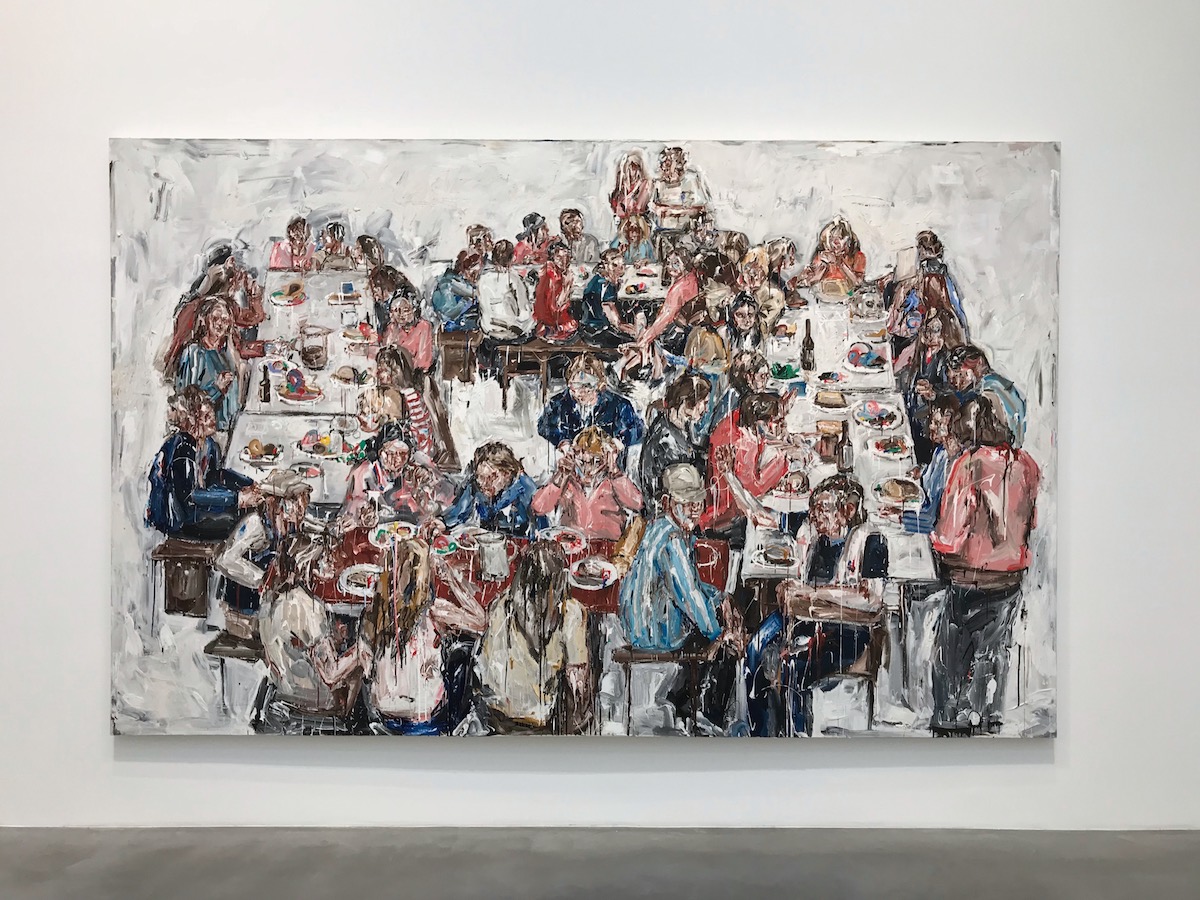 John Copeland And I Cursed the Sun for Rising, oil on canvas

Looking at them a second and a third time after the initial encounter, I found myself coming to what might seem to be a slightly odd conclusion. While the subject matter often tends to have a kind of bouncy Pop eroticism, what is being asserted is difference: the difference between the aesthetic universe the committed painter inhabits – or, should I say, to make myself clear, the universe inhabited by an artist committed to paint and what it can be made to express? – and the bland formulations of the advertising poster. And this, I think, is the real point of the series title. It is intended not as a cry of despair, but as a rebuke. It tells us ‘Look again – look less superficially.

There is more to the most apparently banal subjects than you think there is. I can help to show you what’s there.’