Jonathan Jones’ new book from Laurence King Publishing is a quality job. Entitled Sensations, it bears on its back cover a recommendation from none other than Tracey Emin, which reads as follows:
“I never loved Jonathan’s writing when he slagged my work off! He is a true thinker: a brilliant art historian who can back up his opinion with more than just criticism.”

An examination of the text and its supporting series of illustrations shows that this encomium is to a large extent true. This is a history of British art from, roughly speaking, the beginning of the 18th century to the present. It puts forward a case for a particular view of our national school of artists, based on a view that the practitioners who really counted were the ones who embraced a point of view based on the values of the Enlightenment and based on pragmatic, rational attitudes that represent the creative best of our national culture. Jones brings together the British artists and scientists of the 18th and early 19th centuries to the present. A view that our national culture was during that period unique. His analysis of the leading artists of the epoch – Hogarth on the one hand, Constable and Turner on the other – is well argued and convincing. It is only when he reaches more recent times that it starts to fall apart. One can trace the fissures by looking, not at the inclusions, but some of the omissions from his book. Also, in earlier stretches of his text, at some of the artists he discusses, who seem to make him feel a little uneasy. He is not entirely comfortable, for instance, with the work of William Blake and Samuel Palmer, though he tries to give Blake his due. 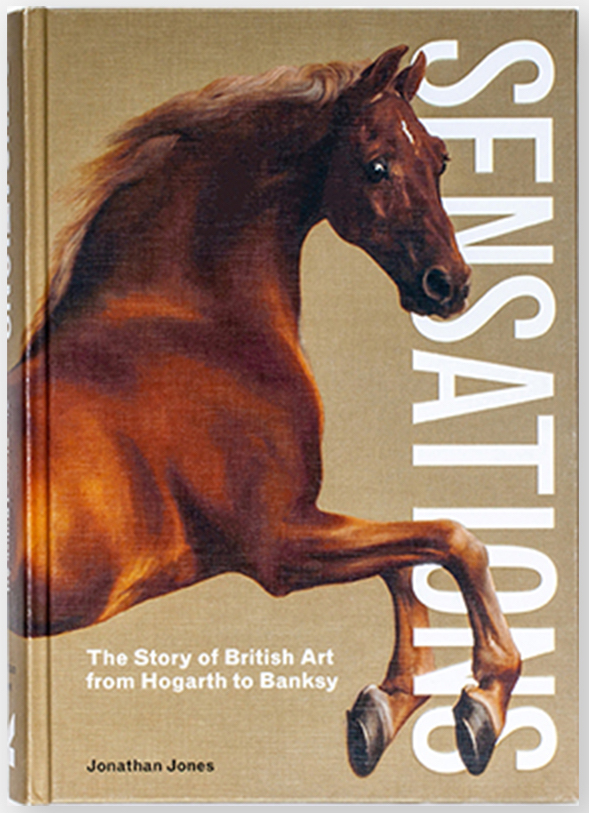 A little later in his narrative, he makes it clear that he has no sympathy with the work of the members of the Pre-Raphaelite Brotherhood. He dislikes the work of Rosetti, has little patience with Holman Hunt, though he illustrates Hunt’s painting The Scapegoat, and he accords just one mention in passing to Burne-Jones – not as a prolific painter but as the illustrator of an edition of Chaucer published by William Morris. Burne-Jones gets no discussion and no illustration, which seems a little odd, since – of all British artists – he had perhaps the greatest direct influence over the art of his time that was made in countries other than his own. Burne-Jones shows up in European Symbolist painting, and one even argues that he influenced Picasso’s Blue Period. Jones does, however, illustrate and discuss the work of Aubrey Beardsley, who owed a lot to Burne-Jones.

Among the significant 19th century worthies who go without mention are Landseer, Leighton and William Powell Frith. The banishment of the last of these is the most surprising, since it can be argued that his big narrative paintings, such as Derby Day and The Railway Station, make him an obvious grandchild of Hogarth, though their more direct descent is from David Wilkie, also unmentioned in Jones’ text.

It is, however, with the British art of the 20th and 21st centuries that the argument of the book begins to fall apart. Several things are responsible for this. One is the fact that British art was pushed out of its central position by the cataclysm of World War I. Yet Britain was the only combatant country that produced a coherent ‘war art’. Sensations does not attempt to deal with this. In France, very few leading artists had direct experience of conditions at the front – Braque was one of the few. Other French artists, too senior to fight, were sometimes down there on a visit, but never for long. On the other side, not much German art referencing the war was produced until the combat was over, and its consequences began to be absorbed. In Austria, there was Schiele, who, in the last stages of his brief career, made portraits of Russian prisoners of war. If you want a major painting that is a direct response to the war, made at the time, then look at John Singer Sargent’s Gassed, completed in 1919. Jones doesn’t refer to this, though he does illustrate and discuss Stanley Spencer’s The Resurrection of the Soldiers from the Burghclere Memorial Chapel, which dates from 1928-29. Though Sargent was an American citizen, he made his artistic career In Britain.

Jones is not, however, insensitive to the consequences of the combat. Here is how he describes a work by C.R.W. Nevinson (curiously enough, not illustrated):
“Nevinson’s 1916 painting The Doctor abandons any Futurist joy in the abstract patterns of war. Here he shows not the bursting shell but what it does to human bodies. His lack of cheap conventional sentiment means he does not conceal the humiliation and grotesqueness of the wounded men’s suffering. One is having shrapnel picked out of his posterior. This would be comic if it were not so catastrophic.”

The further one proceeds into the 20th century, however, the more incoherent the argument of the book becomes. It is evident that Jones feels most at home, where more recent art is concerned, with what went on in the 1990s, the glory days of the YBAs, though he takes a swipe at Mr Saatchi, the collector/entrepreneur who was mostly responsible for making the fortunes of this art movement, which was the last considerable event in purely British art. An event which is now, as it happens, nearly a quarter of a century ago.

He speaks kindly of Damien Hirst and illustrates his shark in a tank – The Impossibility of Death in the Mind of Someone Living (1991), and also features Tracey’s Emin’s notorious installation My Bed (1998), with which she failed to win the 1999 Turner prize, while carrying off nearly all the publicity. Both of these are landmark works and have a right to be in the book on historical grounds. Other illustrations of works from this epoch are less convincing.

It is evident, however, that Jones’ heart is not with these, but with Francis Bacon. Lucian Freud, Frank Auerbach and Leon Kossoff. He tips his hat to Bridget Riley, David Hockney, Gilbert and George and also – rather surprisingly – to Gustav Metzger (1924-2017), whose star, never very bright, has faded rapidly since his recent death. Missing is Anthony Gormley’s Angel of the North (1998). Though it does get a mention and the comment: “Perhaps it succeeded as public art precisely because it was, for all its size, bland enough for each onlooker to give it personal meaning.” Anthony Caro is also mentioned and briefly discussed, but his work is not illustrated.

The interesting thing about Jones’ four core figurative artists of today, or almost today, is that they are only marginally British – or should one say that they are indeed British but in a very contemporary way. Bacon was born in Dublin, to an English father and an Australian mother. Lucian Freud was born in Berlin, the grandson of the inventor of psychoanalysis Sigmund Freud. His parents moved to London to escape the Holocaust. Frank Auerbach was another German Jewish refugee from Nazism. Leon Kossoff was born in Britain of Russian-Jewish parents. It’s hard to think of four artists more intrinsically different in background from the likes of Hogarth. Constable and Turner.

The second-to-last artist illustrated in the book, one who is also mentioned in its earliest paragraphs, is the pseudonymous graffitist Banksy – an accomplished disappearing act, whose urban murals are the contemporary, hugely enlarged successors of the satirical prints made by Rowlandson and Gillray. The final illustration is a dinky little painting of a leaf by the late Howard Hodgkin. There are just these two illustrations that show work made after the millennium, and none at all from the present decade. In this sense, British art has indeed come full circle. Jonathan Jones is too intelligent not to know this, but he doesn’t know what to do with the information. In his last chapter, he is ‘not waving but drowning’. So, too, it must be said, are the rest of us.