I,I,I,I,I,I,I Kathy Acker is a fitting title for this quasi-retrospective exhibition which opened at the ICA on Tuesday night. In fact, it would have been even more spot on to have called the show Me,Me,Me,Me,Me,Me,Me Kathy Acker. Knowing the personality of this individual, as I did, it’s fitting to say like many successful creatives she was clearly a me person.

Kathy would have loved this show, a takeover spread filling-up all of the ICA galleries. She relished this place almost as much as she loved The Groucho, Le Caprice or even her squawky lovebirds. Last night the PV was proof that there is still a great deal of interest in her work, but even more, in her personal life and the projected persona of this deeply complex character.

A lot can be said about the audience attracted to I,I,I,I,I,I,I Kathy A. The exhibition was attended by a young, attractive and diverse crowd of artists, writers and liggers cementing her continued relevance to a younger generation. After all, it’s basically a show about her, although the curators, all four of them have juxtaposed contemporary artists, creating work in the spirit of KA. An exercise reinforcing – I or me for that matter. 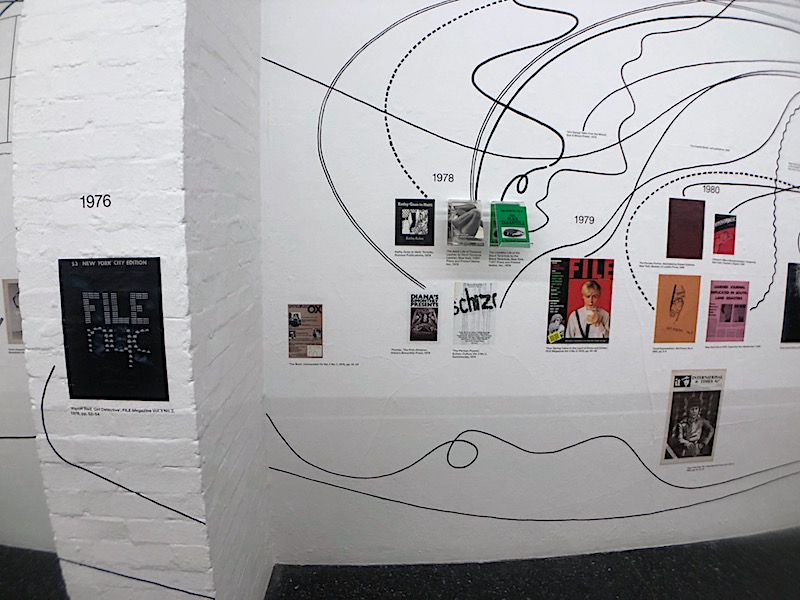 I first met Kathy in the late 1970s when she was back and forth to Toronto. I think she was actually with Andy Paterson a friend of mine in a band called The Government. I was in a relationship with Sandy Stagg the editor of File Magazine, created by the artist/collective General Idea, a publication displayed on the wall chart in the ICA exhibition. In 1979 I moved to NYC for a year and I ran into Kathy a few times at clubs, in the era of Basquiat and Haring, but it wasn’t until I moved to the UK in the 1980s that I met her again at a party through my friends, the photographers Carol Starr and Chalkie Davies who encouraged a dinner after a PV. I went back to her riverside flat in Hammersmith where we stayed up most of the night devising rough sexual scenarios under a portrait of Kathy taken by Robert Mapplethorpe. Kathy declared to me on several occasions that she was a ‘lesbian at heart, but loved cock’! This was a conflict in her sexual make-up and combined with the horrific consequences of the AIDS crisis that was sweeping NYC and London it cemented Kathy’s decision to forgo men altogether.

Kathy was on the rebound from a failed, short-term relationship with Brian Eno. She was in a very needy state of mind and demanded my undivided attention. Our first hurdle occurred… I was off to Crete for a week’s holiday two days after we got together. I missed her and was moved on my return to find a bouquet of dying flowers delivered to my Belsize Park bedsit. She got the day of my return wrong and felt rejected that I hadn’t called but all was forgotten when we got together again that night. 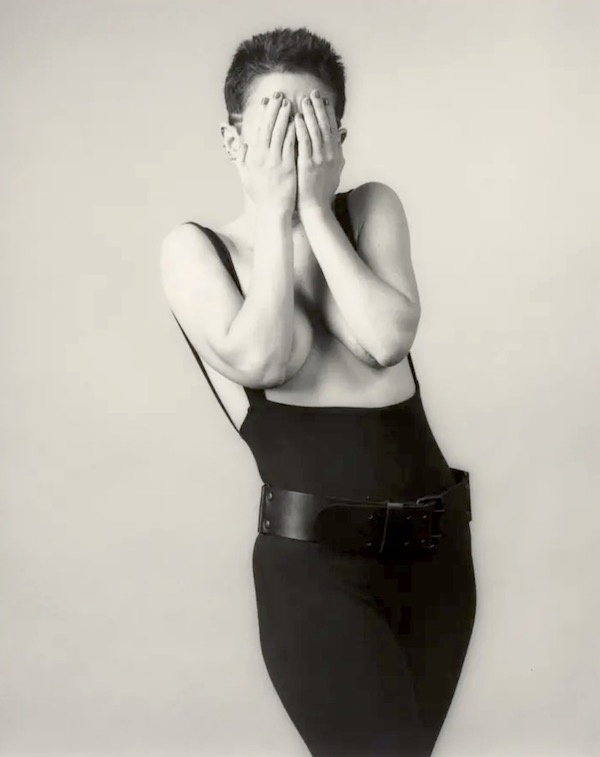 Kathy was extremely regimented in terms of scheduling her day. She would wake up have a coffee – kick me out of her flat then spend most of the day writing before going to the gym. Nights were her time for relaxing but it was also a time for serious networking. This meant the Groucho and all places where 1980s London Cafe culture gathered. She was undeniably competitive and sometimes extremely insecure. She was also jealous of other women’s successes. Julie Burchill was one name I remember coming up in the form of a tirade.

It’s hard to conclude what was the truth and what was fantasy in Kathy’s life. From the beginning of our relationship, she spun a myth about her background. I have put pieces together with the help of PBS News Hour economist Paul Solman, a family friend who was at university with her and knew her first husband Robert. Paul thought she was a pretty crazy person. He was surprised that I had been involved with her. As you must be able to read between the lines this was going to end in tears. It did!

I was deeply shaken when I heard she had cancer and was on her last legs. By then I was married and had two kids. My time with Kathy was another time and place, a nostalgic pang. I still have her red Peugeot racing bike in my basement with rotting tires. I haven’t touched or moved it in over 30 years. A shrine to her. 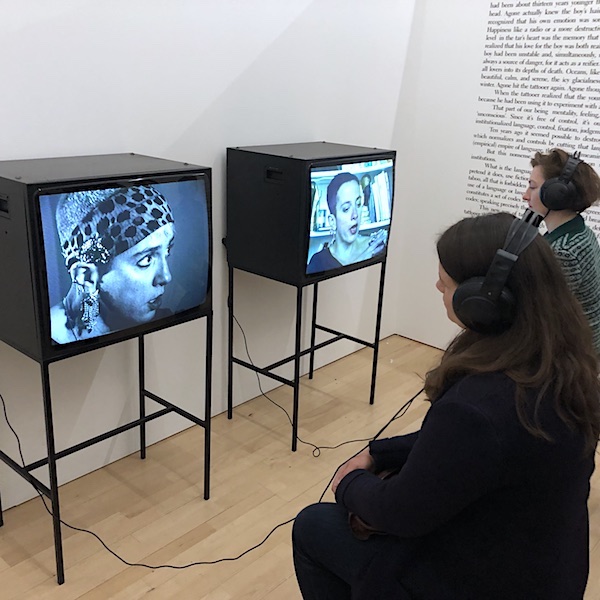 Kathy Acker On Film At The ICA

The Acker project combines an exhibition with a programme of performances, screenings and talks. The exhibition is structured around fragments of Acker’s writing, which serve as catalysts for a network of interconnected materials presented around them, including works by other artists and writers, video and audio documentation of Acker’s performative appearances in various cultural and media contexts, and documents and books from her personal archive. Yes, books were of the utmost importance to Kathy. When she stayed with me at my place in Belsize park she spent an hour scrutinising my bookshelves. She approved of what I was reading. Surprise, surprise my books were top heavy with William Burroughs, Jack Kerouac and beat generation poetry.

I, I, I, I, I, I, I, Kathy Acker is described as, “An ongoing study of someone who is still a cultural force. It focuses on the uniquely diverse and disruptive character of the author’s work and persona”. I can agree with that

Kathy Acker
Acker was an exceptional figure in late-20th-century Western literature who moved between the avant-garde art and literary scenes of New York, Toronto,San Diego, San Francisco, Seattle, Paris and London. Through her prolific writing, Acker developed experimental textual methodologies as she distorted language, hybridised fiction and autobiography, ‘plagiarised’ the work of other authors, and introduced maps, drawings and diagrams. Acker’s work addressed language as a site of contestation from which meaning and identity are constructed, unpicking the patriarchal and the political. She provocatively confronted the strained relationship between desire and reality within culture, sex, the body, war, money, the family, mythology, colonialism, sickness, and the city in ways that remain critically relevant to our current times.