The Saatchi Gallery’s new anthology show Known Unknowns marks another forward step in its recovery. A recovery, that is, into being a gallery that can actually influence things, rather than presenting exhibitions in its undoubtedly splendid galleries seemingly at random.

The show is “an international selection of 17 artists, born between 1966 and 1990, from the Saatchi Gallery’s collection.” No sign of a coherent new art movement there. Nothing like Sensation-Young British Artists from the Saatchi Collection, the famous exhibition presented in 1997 at the Royal Academy, that defined a whole new generation. 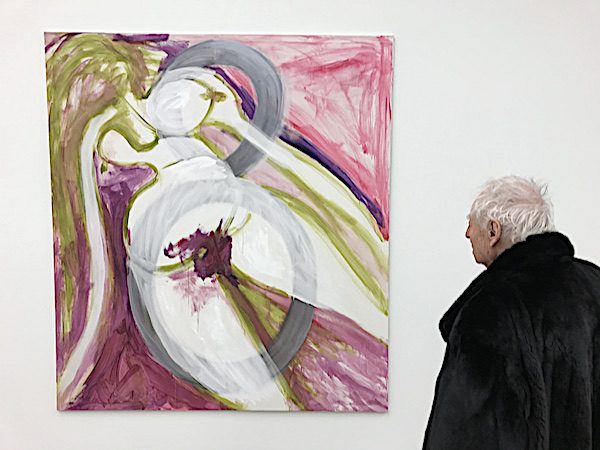 The two events do, however, have just one thing in common. Though other types of art are included, the emphasis now is, just as it was then, very much on painting, as opposed to other forms of visual expression. Three-dimensional works, video and photography are present, but they play a minor role. And the paintings here are not objects for private contemplation; They offer great big in-your-face statements. But statements about what?

On the whole, the enthusiasm for ‘appropriation’ now seems to have passed its peak. Apart from a real speedboat, lovingly packed in shrinkwrap, there is nothing much here that yells at you “I’m so original because I am so evidently not transformed.” The ghost of Marcel Duchamp does no haunting here.

Very much present, however, are other phantoms from the past – notably those of Early Modernist Expressionism and Surrealism. Abstract Expressionism also lives on in the work of Rannva Kunoy, born in the Faroe Islands in 1975, and a graduate from the Royal College of Art in 2001.

There are also the inevitable references to street graffiti and to naïve art. And inevitably the goody-two-shoes impulse- “look at me. I’m such a virtuous, right-thinking person” so prominent in the art of right now – gets an occasional look in. 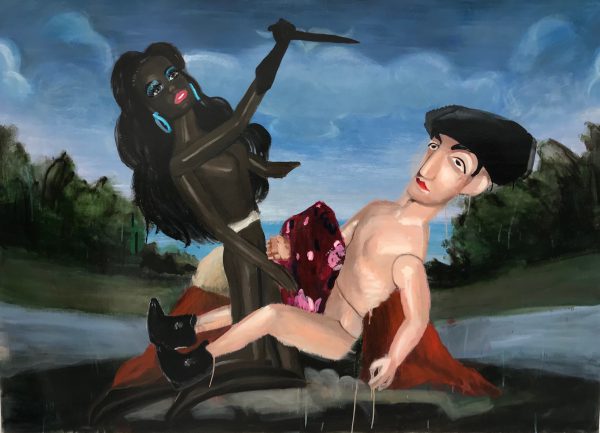 This, however, is mitigated by a certain bounce and lightness of spirit. Alida Cervantes, born in San Diego in 1972 and now “travelling daily between the Tijuana and San Diego border region” has this to say for herself:  “My life is tied to my personal story which I would say I present as a combination somewhere between an opera and stand-up comedy. Like if somebody’s going to die, they are going to die laughing.”

Tellingly, her paintings feature among the works in which a naive or faux-naif impulse is most strongly present. They reminded me of the work of that heroine of ‘emerging art’ here in Britain – the estimable Rose Wylie, whose paintings were very recently on view at the Serpentine Sackler Gallery.

Cervantes’ work struck me as being among the strongest contributions to the show, together with that of the late Tamuna Sirbiladze (1971-2016), who was born in Georgia but spent her adult career in Vienna. The Austrian poet Benedikt Ledebur wrote an obituary poem about her. This begins:
Pictures from the past speak of her now.
Presence of all that’s gone rushes into my mind.
Defying the confines of separation,
Escaping to moments, shedding dilapidation. 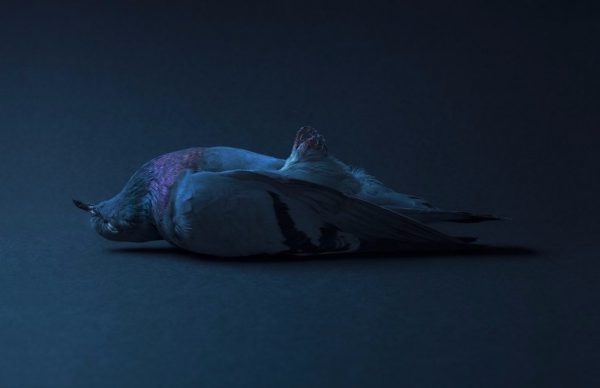 This seems to me a good description of what the artist herself was trying to do. Her paintings have a kind of headlong quality – an impatience with constraints, both artistic and social. And this is doubly telling given the context: an exhibition of seventeen artists who can reasonably be described as ‘emerging’ talents, which contains the work of eleven women, but only six men. As the song has it: “The times, they are a-changin.”