There is a current (long overdue) trend to redress the balance in an art world long dominated by male practitioners toward the rediscovery of women artists. Laura Knight (1877-1970) used to be one of the most famous and popular English artists of her day. She was the second woman since 1769 elected to full membership of the Royal Academy of Arts and the first woman to have a solo exhibition there in 1965. In addition, she was the first female artist to be made a Dame of the British Empire and the first woman invited to select for the Venice Biennale.

She is undoubtedly a fine draughtswoman with an intuitive feel for composition.

Her realist style of painting fell out of fashion, and her work has been overlooked. Through its latest exhibition, Laura Knight: A Panoramic View, MK Gallery hopes that a new generation will discover the work of this prolific artist and find a contemporary resonance in her depictions of marginalized communities, women at work, and her contributions as a war artist.

She was a formidable figure. She showed an early precocious talent for drawing, attending the Nottingham Art School from the age of 13. Barred from the study of the nude because of her gender, in her late teens whilst living alone and impoverished with her sister, she hired a private life model to pose in their home. Having moved to Staithes in North Yorkshire, she was part of a small artists’ colony and married fellow artist Harold Knight. She became well-travelled with visits to the Netherlands, Baltimore, USA and moves to first Newlyn in Cornwall then London. She had success during her lifetime with frequent exhibitions. The subjects of her paintings were taken from life; portraits, studies of the ballet, theatre and the circus and by way of her work for the War Artists’ Advisory Committee, women at work. 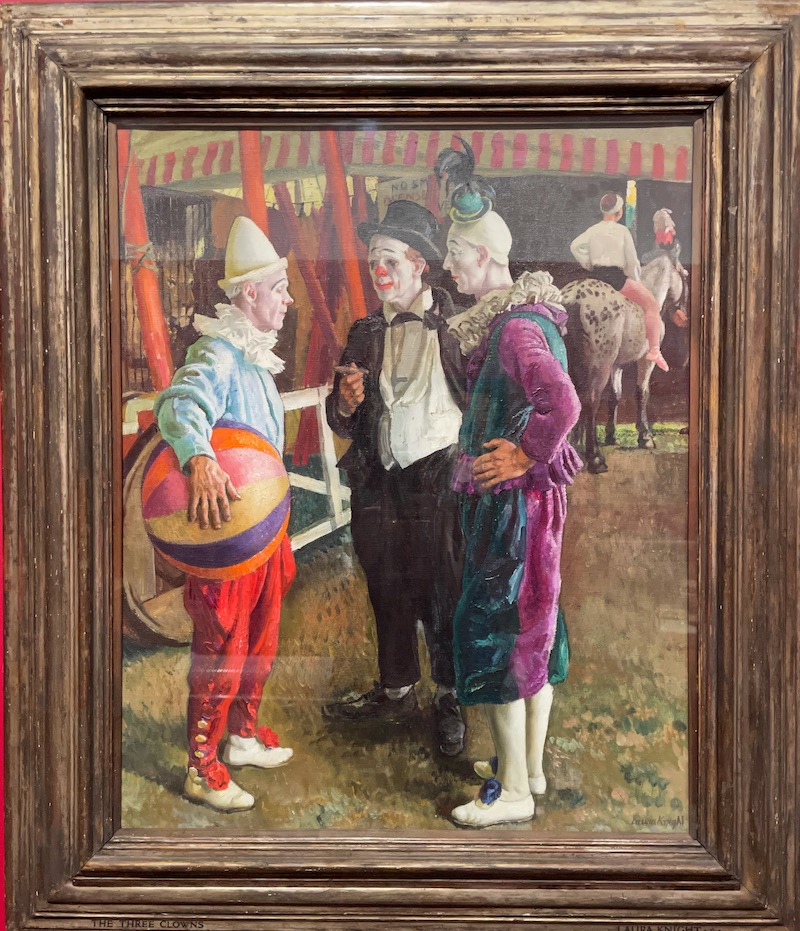 All of these are represented in the exhibition. The layout is broadly chronological, but with the circus and war paintings dominating the two largest galleries. In addition, display cabinets contain sketchbooks, photos, catalogues and the Circus ceramic dinner service (1934) produced as part of a project called ‘Modern Art for the Table’. Also included are a few portraits from her time in Baltimore, such as the portrait of Pearl Johnson, a nurse at John Hopkins Memorial Hospital and a campaigner against segregation who took Knight to a lecture on civil rights.

She is undoubtedly a fine draughtswoman with an intuitive feel for composition. The viewer is compulsively drawn into the narratives. Particularly the Newlyn paintings of solitary female figures contemplating the sea. They are period pieces reflecting the fashions of the day and the plight of women during the First World War. She was fascinated with the theatre, the ballet and the circus. She took you into a world backstage, studying the performers at rest, between the action. In the circus paintings, the viewer at times feels like you are invading the subjects’ privacy. What are the three clowns discussing (Three Clowns 1930)? There is also meticulous attention to detail. In The Dressing Room at Drury Lane (1922), Knight pays attention to the messages pinned on the wall, garlands attached to the mirrors, the reflection of the costumes, the discarded ballet shoes, the make-up on the dressing table. 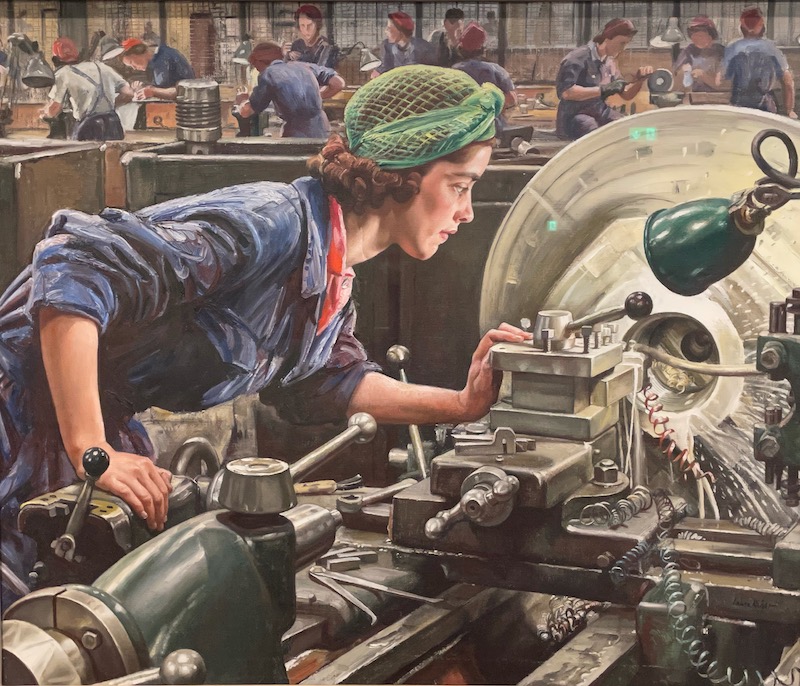 The war paintings share this attention to detail. In the double portrait of Assistant Section Leader Elspeth Henderson, MM, and Sergeant Helen Turner, MM, Women’s Auxiliary Air Service (1941), every detail is included, from the ruffled papers on the desk to the lettering on the atlas hanging on the wall. Her faces are always full of expression, especially in the eyes.

Her paintings of gypsies at Epsom Downs and Ascot races were made from the inside of a Rolls Royce hired out for weddings and funerals. From the car, she was able to study the faces of the women set against their caravans documenting their lives.

However, my favourite item in the exhibition is the double page from a sketchbook showing a simple line drawing of a ballet dancer. Those few lines are filled with movement and expression and with a quick gestural mark epitomise the talent of this forgotten artist.