Paul Carey-Kent is back on the London Gallery trail with some exciting offerings for April and May, this Spring. Here are some quick ongoing mini-reviews. Commercial galleries are open again – as non-essential shops: mainly they advertise as being by appointment, but simply turning up tends to allow admission most of the time under the ‘rule of six’. Curiously, Here my first visits without an appointment on my first trip to London this year. – PCK

Ugo Rondinone: ‘red sea’ 2021. This is one of fifteen sculptures of horses individually cast from two different hues of translucent blue glass. That gives the impression they are half-filled with water, suggesting the horizons of seascapes indicated by the titles, which bring a herd of fifteen seas into the Kingly Street space. Naturally, the paradoxical Red Sea appealed to me. In other words, ‘Rondinone reverses the traditional formula of a body in a landscape, transposing the ‘landscape’ into the confines of a body in order to imply a microcosmic world.’ 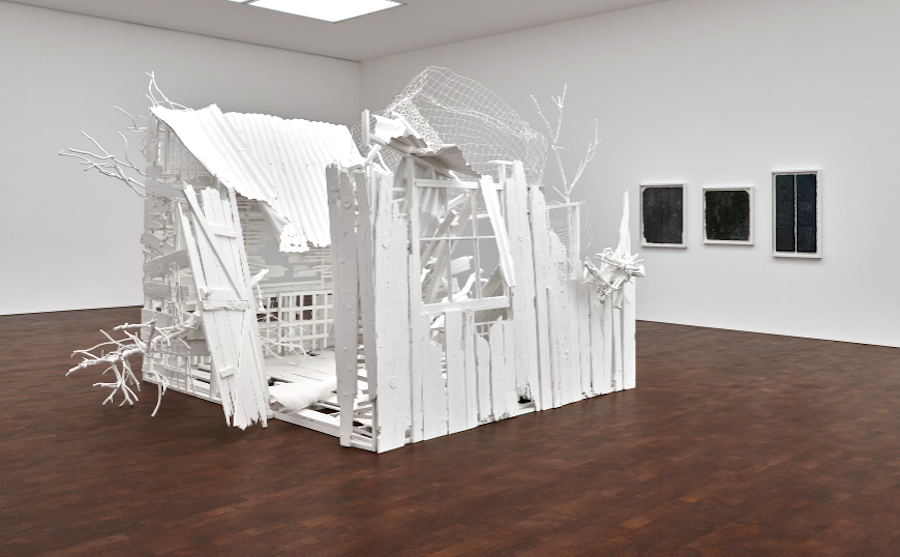 Rachel Whiteread: ‘Poltergeist’ 2021 and ‘Doppelgänger’ 2020-21 aren’t the casts you might expect and aren’t versions of existing huts: rather, they are original new constructions collaged together from planks and branches, all as found but painted white. That technical innovation aside, they could be read through a memorial lens, perhaps to a father who loved mucking around in a shed that has now been ravaged by time. Or they might be seen as bringing together human and natural in the context of climate change and how, in her words, ‘the security of the world as we knew it had been thrown on its head’ and ‘the thing I kept in mind while I was making them was catastrophes’. 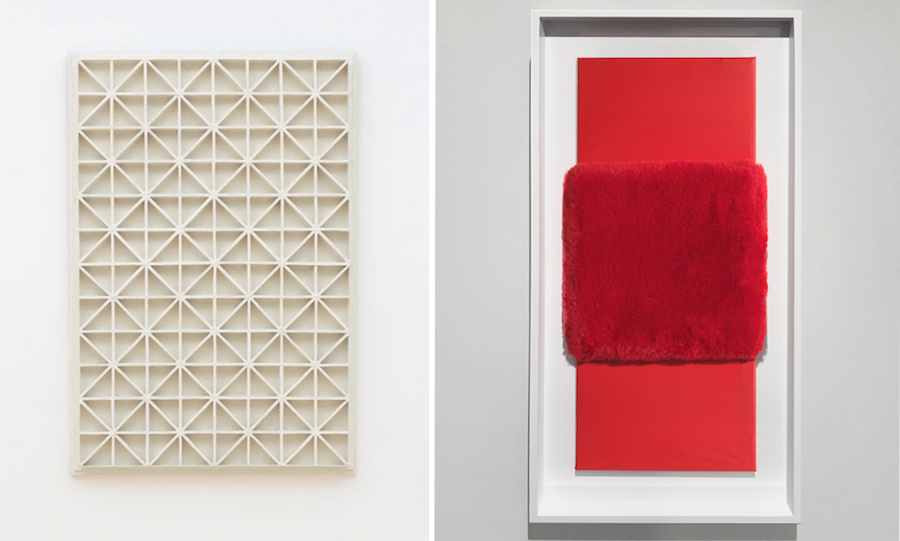 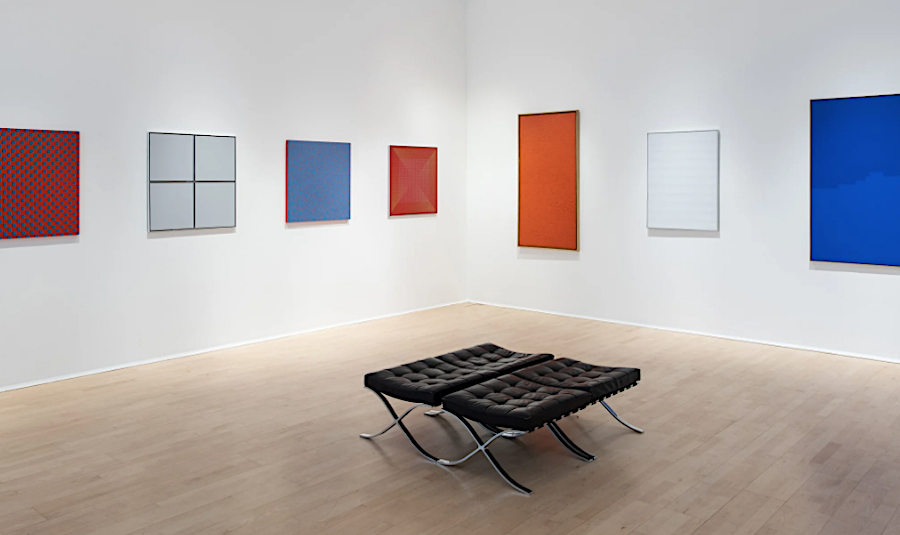 It acts as the ideal leitmotif for Mayor Gallery’s new show ‘Three Colours, Red-White-Blue’, in which 37

Mayor Gallery Until 28th May

DAVID SALLE: PICTURES OF PEOPLE AND PAINTINGS ON MAGAZINES 7 APRIL – 30 APRIL 2021 The Skarstedt Gallery current online show of David Salle includes several portraits which are decidedly more straightforward than his usual elegantly collage-like compositions. They make it clearer that style matters more than subject to him. In Salle’s words: ‘A painting of a head is, first of all, a study in interlocking shapes of different values and different tones… The real subject is the way light falls on the planes of the face. The paintings are analytical.’ To me, they feel close to Alex Katz’s portraits – maybe that shouldn’t be a surprise: they have visited each other’s studio regularly for over forty years. Go to Thaddaeus Ropac site, by the way, for an informative conversation between Salle and Julia Peyton Jones. Online Now 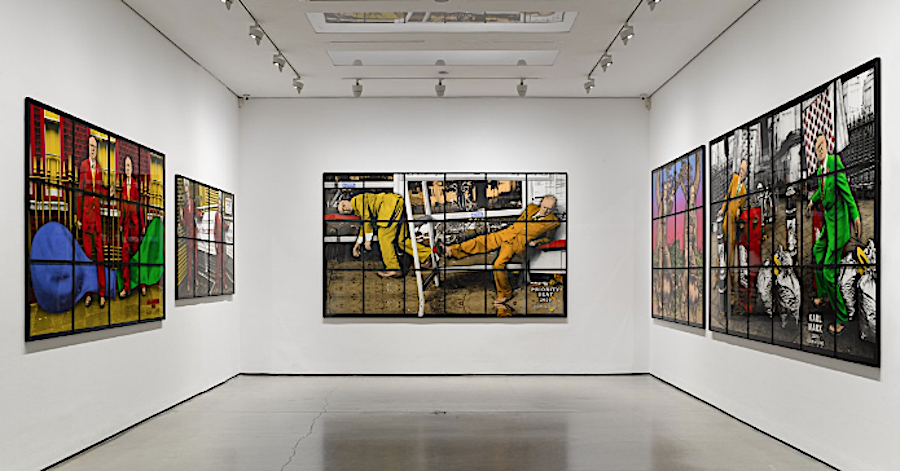 Gilbert & George: ‘New Normal Pictures’. Fairly typical of their show @whitecube, which finds the pair out on the streets – this is ‘The tragedy of the BLANKET – which little dope-fiend left this behind?’. It’s lucky they’ve been successful over the years, as G&G must have spent an absolute fortune on the huge range of intensely coloured suits they wear. They’re the New Normal, they say, because they don’t want to be normal like everyone else, but nor do they want to be weird. Actually, now I look, the suits were grey and the originating photographs black and white.