I am just back from a quick trip to Los Angeles, which gave me a lot to consider – chiefly about how different the LA art world is from the one we have here in London, though it is also in some respects very much the same.

The contemporary galleries, all commercial, were pretty much like the ones we get here in London – ELS

The purpose of the visit was not Frieze LA, but to see and talk to Alexander (just the one name) – British, now 92 years old, best known as one of the leaders in the holographic revolution, and now resident in LA. He is currently showing work at a big school building in Calabasas, which is just on the fringes of Los Angeles. 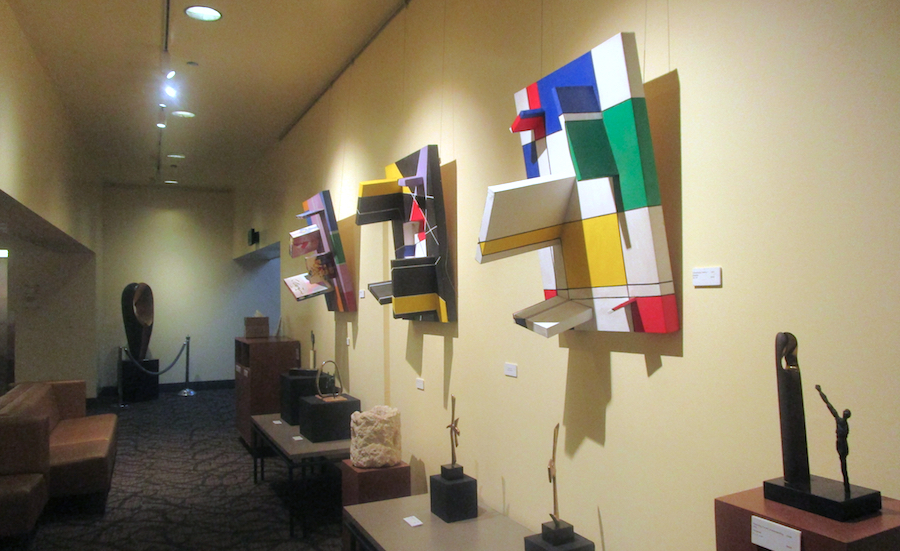 I was struck all over again by how recalcitrant original he is — interested in new ways of seeing, not interested in producing politically correct art about race, sex and gender. The result is work that is difficult to define. It uses three dimensions but isn’t sculpture. It sometimes, but not always, includes holographic elements. It is often quite small in scale. Basically, these are objects to meditate about – in particular, they provoke thoughts about how we look at the world that surrounds us. That is to say, about how habitual and stereotyped our usual way of looking can be.

My trip just allowed time for just a couple of visits to contemporary art galleries, and for one to the Getty Villa, LA’s great collection of classical art. The contemporary galleries, all commercial, were pretty much like the ones we get here in London. In fact, some of them are Californian branches of establishments that also exist here – just generically a bit more spacious than their London relatives. The one that made the most impact on me was the long-established LA Louvre, showing work by Edward and Nancy Kiennholz in their downstairs space, and work by Alison Saar, daughter of Betye Saar, upstairs. 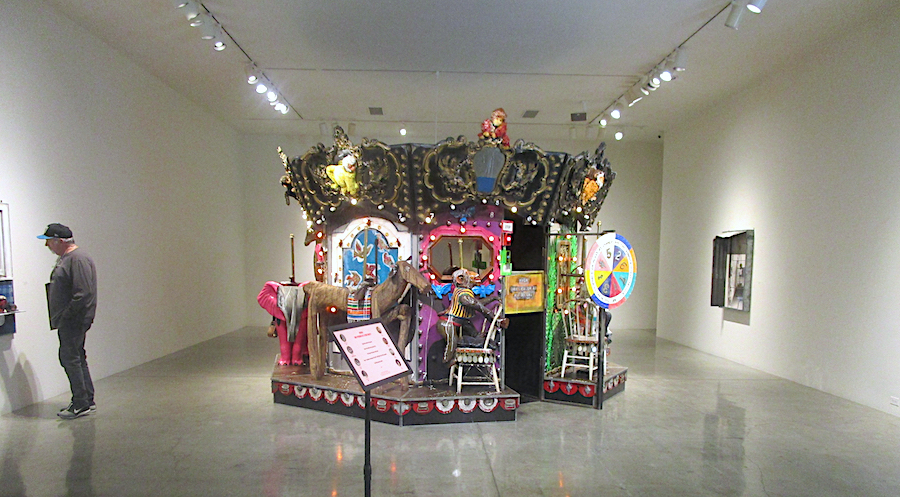 Edward and Nancy Kienholz: The Merry-Go-World or Begat by Chance and the Wonder Horse Trigger – LA Louvre,

The Kienholz show had a long title: The Merry-Go-World or Begat by Chance and the Wonder Horse Trigger. It has I think been touring for some time. Edward Kienholz died as long ago as 1994, his wife Nancy died last year, so this was a memorial show. The chief thing on view, as the title suggests was an elaborate merry-go-round, pretty much the same size as what you’d find in a traditional fairground. In its obituary for

Nancy Artnews tells one: ‘The Kienholzes’ installations dealt with displays of power, probing distinctly American instances of sexism, racism and violence in unflinching and sometimes confrontational ways. Their work tends to provoke extreme emotions within viewers – and, sometimes, to stoke controversy.’

Nice as the installation was to look at, it wasn’t easy to feel any of that here. Much the same could be said concerning Alison Saar’s work in the gallery above. This was making claims for the recognition of African American art and for artists of African American origin that have been common currency in the American art world for some time now. Notionally the situation has moved forward – certainly; this is true within the boundaries of the art world itself. Outside that sphere, prejudices in America, and their equivalents in parallel situations here in the UK, still remain much the same. Contemporary art may preach its audience largely consists of the already converted. 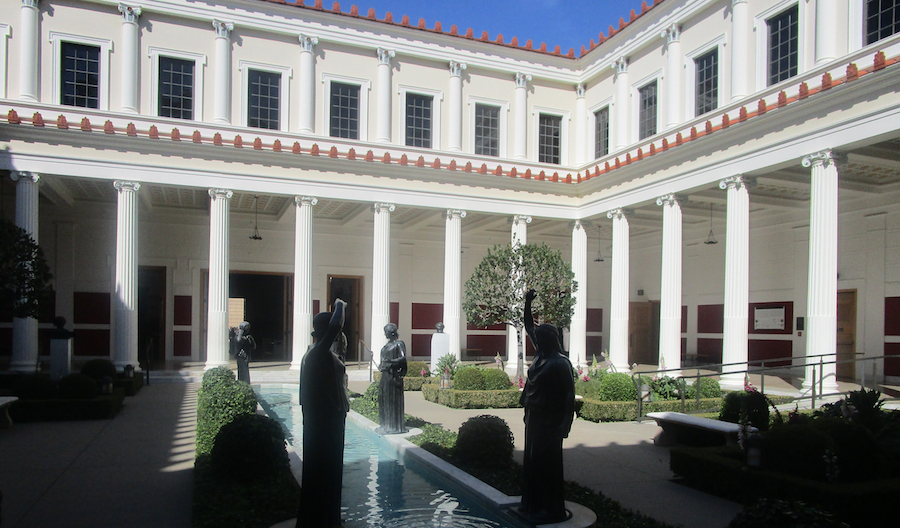 Though I’ve visited Los Angeles before, this was sometime back, before the Getty collections were divided. They are now displayed on two different sites. I hadn’t seen the magnificent, slightly sepulchral Getty Villa previously. This is the place where the Getty classical collection is on view, together with – currently – a series of Assyrian reliefs lent by our own BM, which is overstocked with material of this kind. The LA audience on a weekday afternoon consisted mostly of parties of school kiddies in uniform, pretty much like the kids who currently enliven the main central space at Tate Britain – in which, by contrast, their own school group-photographs are being shown, rather than Roman antiquities. Something to be noted here about varying national attitudes to early education.

I say ‘Roman’ because this is the main difference between what you see at the Getty Villa and what you might see, from the same category, in European repositories such as our own BM, the Louvre, Munich and Vienna. Getty, rich as he was, arrived too late to scoop up the great Greek prizes, but not too late to acquire, as these were being broken up, much of the best stuff from 18th-century aristocratic collections in Britain and also elsewhere in Europe.

The collection at the Getty is very well displayed, and you get to see other items in the context of the big marble sculptures. Every now and again you get a little bit of a shock, as you encounter something presented as being impeccably classical that probably isn’t. I’m thinking here of a pair of big silver rhytons, proudly displayed as classical Greek in a glass case of their own. Judging by what has appeared recently elsewhere, they are much more likely to be from the Greek penumbra – possibly Parthian. Which makes you think, by extension, that the Getty Villa itself belongs to a vision of the world – once dominated by what we call ‘the West’, supplied with a capital letter, that is now gradually, but inexorably, passing away.