It is bold of the British Museum to embark on an exhibition of Japanese Manga in their most significant and grandest temporary exhibition space – the one right at the back of the building, on the ground floor. When I went to see it, it was on press preview morning, and there were comparatively few other spectators about. Outside the great institution was heaving with visitors, who seemed to fall almost entirely into just two groups. On the one hand, there were processions of school kids, shepherded along by slightly anxious teachers. On the other, there were parties of oriental tourists, Chinese I would think rather than Japanese, who smilingly blocked my path as they took endless selfies of themselves and their companions. These were intent above all – so it seemed – on establishing proof that they had visited this shrine of world culture but not particularly interested in examining what it contained.

These two categories will, I think, comprise quite a large part of the Manga show’s public, now that it has opened its doors to one and all. And, in a way, it is a very appropriate exhibition for the BM to offer. Manga images tell stories. They marry the world of traditional Oriental art to international themes, and very much of our own time. The man who popularised to term Manga was none other than the great Ukioy-e printmaker Hokusai. In his hands, however, the term ‘Manga’ meant something different from what it does now. In his day it meant simply random images, culled from his sketchbooks and put together in booklets of randomly selected prints. Today, the word carries a strong implication of continuous narrative, to be read as you turn over the pages of the booklet that presents them. These narratives are read, if this is the correct term, in the way that traditional narrative scroll paintings are customarily read. That is, you read, as you unroll, not from left to right, but from right to left. Each pair of pages offers a group of images that carry forward the story that is being told, and some are larger, some are smaller, in a way that keeps the user focused on the flow of the tale. The subtlety with which they accomplish this makes them, very often, into masterpieces of narrative art, with a perfect fusion of images (always dominant) plus sparse additions of text. 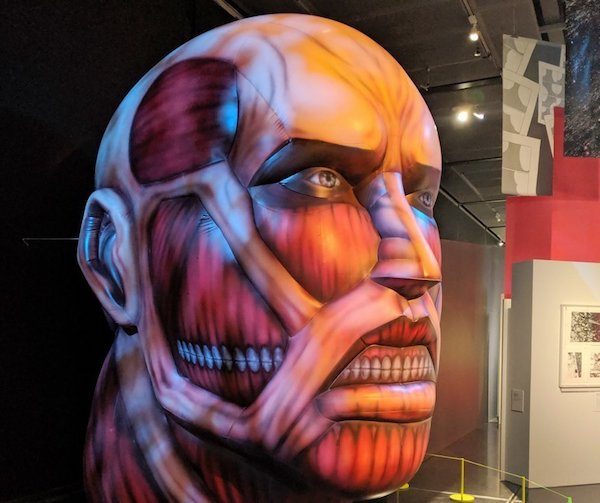 Another major influence in Manga is more recent – it comes from America: the American comic strips that began to circulate in Japan during the American military occupation after World War II. In this respect, manga narratives are representative of the worldwide triumph of Pop Art. It is even possible to argue that Japanese artists embraced the Pop spirit a fraction earlier than the representatives of this tendency who made their first significant impact in the New York art world at the very start of the 1960s. What may have helped there was the traditional fusion, in Japanese art, of image and text. Add to this, the fact that the characters used in both Japanese and Chinese writing are extremely stylised pictorial images.

Manga narratives are in many ways paradoxical – that is if you look at them in terms of some of the more familiar categories of Western art. They are democratic, cheap to buy, addressed primarily to the young. To children and to very young men and women. They are surprisingly free-and-easy in their approach to supposedly tricky subjects. They are not averse to the erotic subject matter. There is even a manga category of homosexual pornography. Much of this, however, consists of stories about pretty young boys having sexual fun together. In Japan, manga booklets with this kind of subject are addressed not to lubricious male readers but to a large audience of young women.

All this said it must also be noted that the show, the largest to have been devoted to the subject of Manga in any Western museum, also suffers from problems.

Some of these are historical. Manga, in its original guise, reached a high tide mark in the 1990s, when successful booklets were being produced in enormous editions. Sometimes six million copies and more. This tide is receding. The BM exhibition features a life-size mock-up of a manga bookstore. The catalogue for the show informs one dolefully that the bookstore this reproduces, the oldest establishment of its kind in Japan, closed for good in March this year. Yes, less than a couple of months before the current show opened. There’s something symbolic about that.

Manga books are now being challenged by the same stories told in audio and video form. Anime, which grew out of Manga, is now hugely popular in Japan, just as they are elsewhere in the world. Manga, for all the big events connected with the form, the conventions, the role-playing, are perhaps a dying form. A big museum – this is said to be the biggest manga show ever held outside Japan – is maybe an appropriate resting place for them. Museums are frequently places where art goes when it dies.

Another difficulty is a practical one. Manga is by nature small, little booklets to be held in your hand. They haven’t graduated on to walls, like Banksy’s hit-and-run murals, with which they do sometimes have a thing or two in common. The only big things here aren’t Manga. There is a giant theatre curtain, full of demons and ghosts, which is more than 17 metres long. And there is a substantial sculptural head, with bared teeth, a scary presence not illustrated nor mentioned in the catalogue when runs to 350 pages. If you are going to take away just a single image from this event, the overbearing head is very probably the one you’ll take.