This exhibition at the National Gallery is a landmark event. It brings together a rich selection of paintings, and some drawings, by two of the greatest masters of the Italian Renaissance. I sound a note of caution here because experts don’t seem to agree about which drawings are in fact by Giovanni Bellini, Mantegna, it seems, is easier to identify as a draughtsman. By every criterion, however, this is a good solid show. In this, it differs from a number of recent events of this sort, where there were great names offered, but disappointingly few items solidly attached to the masters in question. It’s not just that masterpieces of this sort are relatively few in number, but also that those who own them, institutions, for the most part, are reluctant to expose them to the risks of travel. So, seize the chance to see them now.

When the Renaissance happened, it brought with it a much-increased focus on realistic depictions of the human body – ELS

The exhibition includes many familiar things. For example, three (not all) of Mantegna’s Triumphs of Caesar, which normally reside at Hampton Court. These are in a much-damaged state, but the splendour of the compositions survives, not least because these works are on such a big scale. 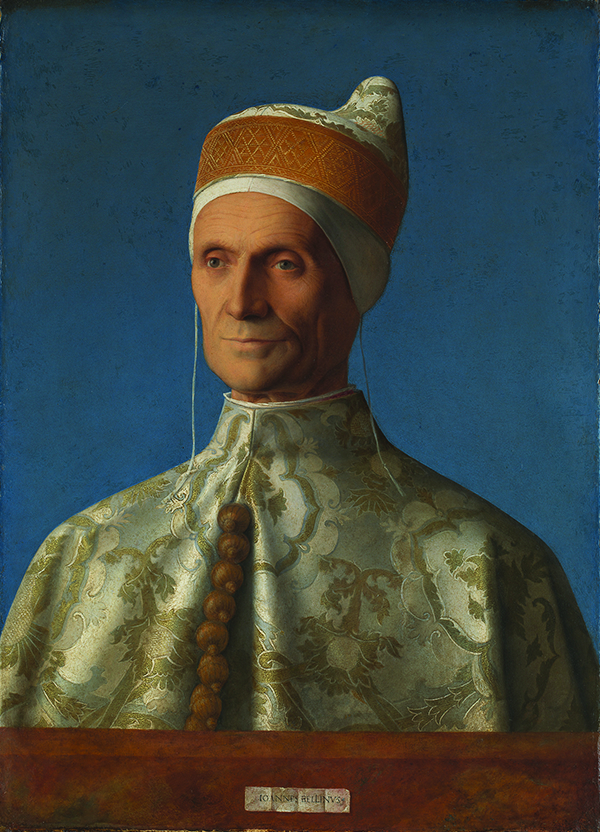 The presence of the Triumphs might possibly lead one astray, as it suggests – Mantegna’s case particularly – that one is in the presence of the revival of classicism with which Italian Renaissance art is commonly associated. Well, the answer to that is both ‘yes’ and ‘no’. If you think classicism involves the presence of lots of naked females forget it. About the only composition of that sort that figures here is Mantegna’s Minerva expelling the Vices for the Garden of Virtue, lent by the Louvre. In this, as you might expect, the naked females present are having a poor time of it. Titian and Veronese were yet to happen.
This is largely a display of religious, specifically Christian images.

What this means is that, while there are quite a number of paintings of Madonnas with the Infant Christ, there are also large number about suffering and death. Most of these – Crucifixions, Resurrections, Lamentations, Pietàs – involve depictions of the heroic male nude. No, you don’t see Christ’s genitals, but you do see nearly all of the rest of him.

It’s a reminder that, when the Renaissance happened, it brought with it a much-increased focus on realistic depictions of the human body. The male body in the first place. Women’s bodies came later.

And this realistically depicted male body, dead or in postures of suffering, insistently heroised, became a dominant subject for art, and continued to be so for at least two centuries, maybe longer. But there’s another thought that one takes away from this splendid show. Which is that it is inherently, unavoidably moralistic.

This moralism, however, has a clearly visible structure. This is one of the ways in which it initially seems most alien from the kind of art that the 21st-century avant-garde offers us today. Nevertheless, there are parallels. Like our ancestors, we often go to the art of our time in order to be rebuked.

However, the location has changed. For this, we now head for museums of contemporary art, where formerly, perhaps, we might have gone to church. Tania Bruguera’s current performance works at Tate Modern offer a case in point.