Among Mark Rothko’s artistic philosophies, he held that painting was a deeply psychological and spiritual experience through which basic human emotions could be communicated. He famously commented to a critic that ‘the people who weep before my pictures are having the same religious experience I had when I painted them’ and spoke of the ‘inner light’ in his paintings. His approach to painting enabled him to experiment with processes to develop a universal expression.

His mesmerising colour-field paintings of immense scale produced between 1949 and 1970 brought him recognition following works focused on biomorphic and figurative imagery. He explained that his ultimate ambition was ‘the elimination of all obstacles between the painter and the idea, and between the idea and the observer.’ The paintings in Mark Rothko 1968: Clearing Away represent the realisation of this lifelong endeavour, showcasing his enduring will to clear away all ties to representation and refine his vision of boundlessness.

The current Pace London exhibition brings together key paintings from a singular moment in the artist’s life. Made in the late 1960s, in the wake of a particularly difficult bout of ill health and a tumultuous time in his personal life, Rothko was forced to reduce the scale of his practice from his signature monumental canvases to more intimately sized paper. The comparatively small scale of these works allows viewers a close encounter, fulfilling Rothko’s desire to collapse boundaries between artist and viewer. He playfully suggested that the optimal distance from which to engage with these works was 18 inches away, mirroring his own proximity to the paintings as he made them. 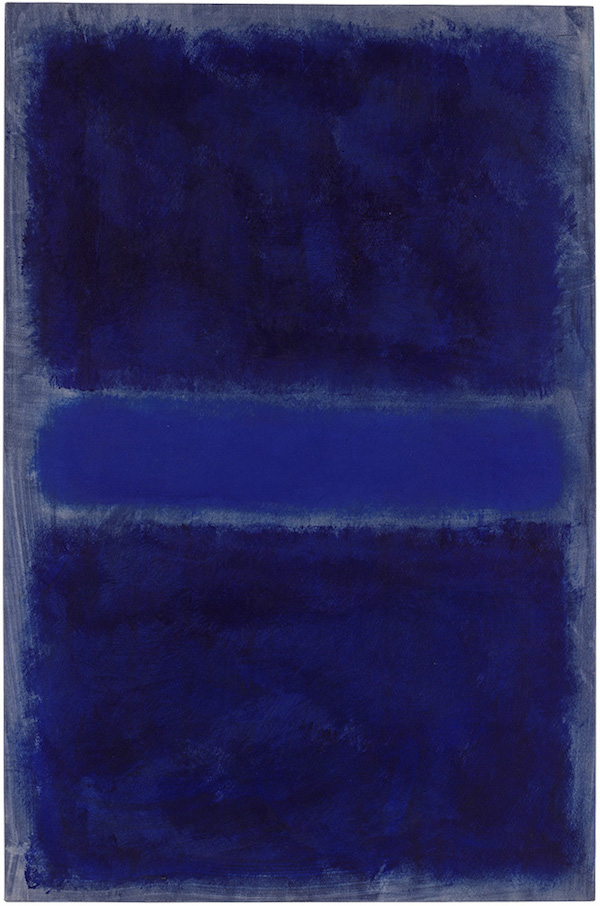 Despite his physical limitations, Rothko worked feverishly with a renewed enthusiasm for colour, delighted by the effect of acrylic paint, which he had newly discovered. The jewel-like paintings he created using his iconic sectional compositions reward intimate attention by offering a contemplative yet pulsating quality that envelops us, as viewers, within their frame. His rectangles of colour either hover over the layers of background colours inviting glimpses of the beyond or act as walls/barriers blocking sight of the beyond and imposing their own reality.

These works are, therefore, either cataphatic or apophatic by turn, while his unique negotiation of space creates visual tension through rectangular forms that are both contained yet expansive.

Rendered in an array of pigments, from the deepest blue to riotous pink, Rothko’s manipulation of colour and light is masterful. The darker the colour palette, the greater the sense of light or colour breaking through as with the dawn on the horizon at the beginning of each new day. The brighter the colour palette, the greater the sense of endlessly multiplying shades and layers hovering one over the other and drawing the eye ever further and deeper. These layered transparencies of vibrant pigments and earth tones culminate in luminous and ethereal soft-edged compositions. The expertise with which he feathers and layers colour creates the illusion of luminous, infinite space while the painting’s edge maintains focus within the colour field. These are images of the cloud of unknowing where light breaks through from the other side and darkness glow at the break of noon. 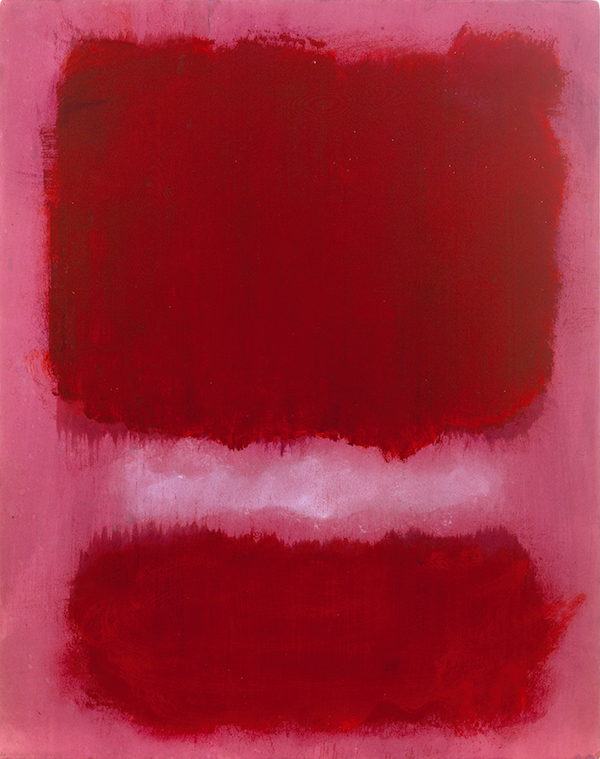 Rothko’s stylistic explorations created an outpouring of works on paper and canvas, enabling this exhibition to offer viewers a glimpse into his experimental practice as he improvised with colour and medium, unencumbered by the demands of large-scale canvases. Come, to have the same religious experience he had when he painted them.

Mark C. Taylor wrote in Disfiguring: Art, Architecture, Religion that, ‘All of the major abstract expressionists were deeply interested in religion and actively incorporated spiritual concerns in their work.’ In ‘The Spiritual in Twentieth-Century Art’ Roger Lipsey highlighted the work of Jackson Pollock, Mark Rothko, Morris Louis and Ad Reinhardt, while in ‘A Theology of Artistic Sensibilities’ John Dillenberger discussed Arshile Gorky, Barnett Newman, Adolph Gottlieb, Rothko, Pollock, Reinhardt, Willem de Kooning and Robert Motherwell. With ‘The Spiritual Dynamic in Modern Art, ’ Charlene Spretnak added Clyfford Still, Sam Francis and Hans Hofmann. We can also include William Congdon, Richard Pousette-Dart, and, through his links to Pollock, Alfonso Ossorio, to the group of Abstract Expressionists who incorporated spiritual concerns in their work.

Rodolfo Balzarotti has noted that Rothko with his Houston Chapel paintings, Newman with his Stations of the Cross, and Congdon with his paintings of biblical and gospel subjects connected with Catholic liturgy were all painting these cycles in the same time period. Their ‘choice of a context or a theme that is openly, almost provocatively religious, “confessional” even,’ he writes, ‘has precisely the function of orienting how these works are received by reiterating in the most peremptory way their moral and religious, or better still, metaphysical content.’