The Bernard Jacobson Gallery in the heart of London has had a long connection with artists’ prints and printmaking since it first opened its doors, on a different site to the current one, in 1969. As the press release issued in connection with its current show points out, “print-making fitted the radical, pop-sensibility of the time”. What’s new about its current show is indicated by the title: Prints I wish I had published. This is Jacobson’s personal choice from the larger world of printmaking. Some of the artists shown he has in fact represented as a dealer. The majority of them he hasn’t, mostly because they did their stuff before his time.

On the walls of the gallery, you’ll see a rich list of historically established names

The list has certain characteristics that put it firmly out of step with the fashions of right now. For example, there are no female artists, no members of the YBA group that dominated British art in the 1990s, no contemporary Chinese artists, no Japanese, beyond the two ukiyo-e printmakers I have just named. As such, it represents a nostalgic farewell to the art world that was firmly in thrall to a purely ‘western’ narrative, with just a few random outsiders admitted. In addition, it is completely oblivious to the upsurge of the #MeToo movement for the revaluation and re-evaluation of art made by women, both in historical times and right now.

These things said it’s a pretty damn good show, with key examples of all the artists on view. If you want to see a superb example of Hokusai’s Great Wave, there it is. It also rams home the fact, though it seems uncertain if many of the images are actually for sale, that if you want to buy art by great names for your own private contemplation of their work, prints are the place to go. 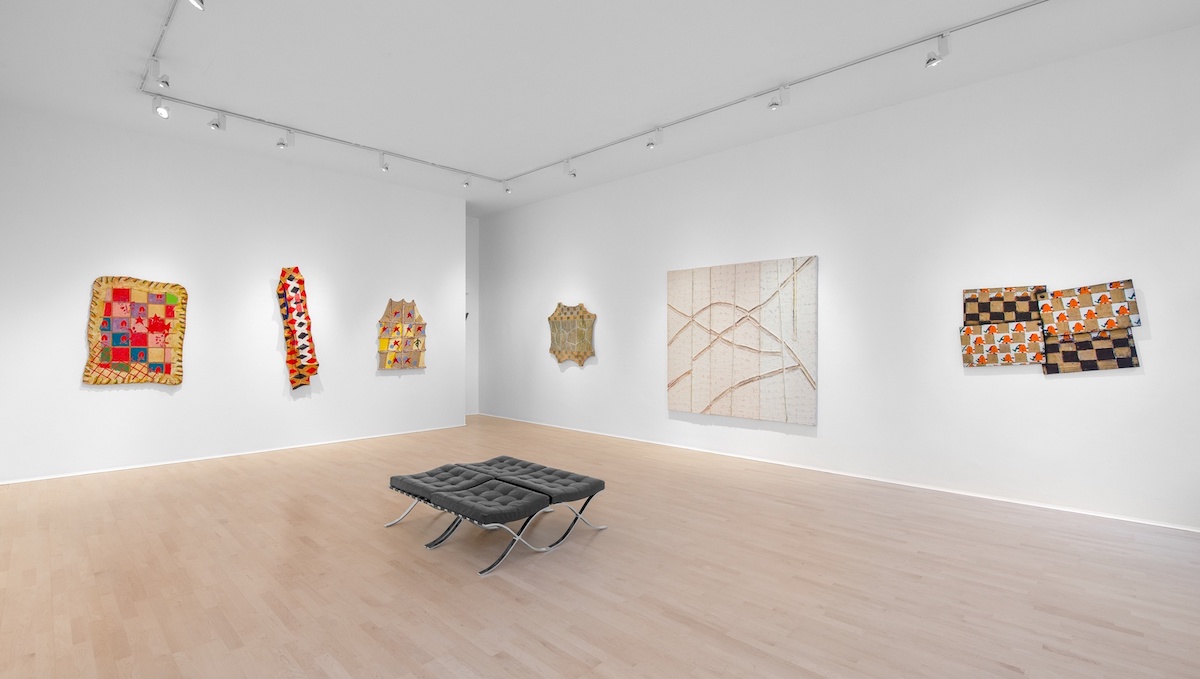 It also rams home another point, which is that the London art world is having what one can only call a Golden Oldie moment. This surfaces in another form at the Mayor Gallery in Cork Street, a location once the very heart of the London art-dealing world, and now struggling to rebuild a threatened identity. Go in via a narrow entry, overshadowed by scaffolding, and make your way into a rather claustrophobic space. Or, let’s say, it would be claustrophobic if it wasn’t for what it currently contains: a very jolly exhibition of new work by Stephen Buckley. Buckley is British, and no spring chicken – he was born in 1944.

His internet website describes him thus:
For more than forty years Buckley has concerned himself with addressing the major themes of the twentieth century through a personal style oscillating between the matiere of Schwitters, the dandyism of Picabia and the intellectual rigour of Duchamp by deconstruction and reconstruction.

This underrates how lively this new show of work actually is. The works hover between being Paintings and low relief sculptures. They also hover between being wholly abstract and containing recognisable figurative elements. They are, paradoxically, serious art that doesn’t insist on being taken seriously. They are often quite small in scale, in contrast to the would-be grandeur, symbolised by large size, rather than suitably large ideas, that is typical of so much contemporary abstract art. One or works=two look like models for screens, in a very up-to-the-minute dolls’ house. In a friendly sort of way, they seem to nudge you in the ribs and say “Hey, did you know that looking at serious art stuff can still be so much fun?”

The private view I attended was jammed – exuberant and noisy. I wasn’t surprised.