Charlie Smith London has long been one of the most reliable innovative galleries in Shoreditch. The gallery is celebrating its tenth anniversary this year. Which makes it interesting that, in its current exhibition, called Mythos, it is deliberately taking a turn towards the past.

The exhibition offers three artists – two women and a man, two sculptors and a painter. Both painters work on a very small scale, smaller even than that favoured by Tomma Abts in her current show at the Serpentine Sackler Gallery.

Josef Ofer, Paris-trained at the Ecole des Beaux-Arts, is physically about as far apart from the bustling London art world as you could hope to get. He has lived, so the gallery press release tells one, ‘in a community of 80 people on the banks of the Amazonian Rio Negro for over two decades’.
What he offers here is a series of black and white ink drawings of solitary skeletal figures. The gallery press release, rightly, compares them to similar images by Goya, Daumier and Victor Hugo. That is, they look back past both Post Modernism and actual Modernism, to the angst of the Romantic Movement. 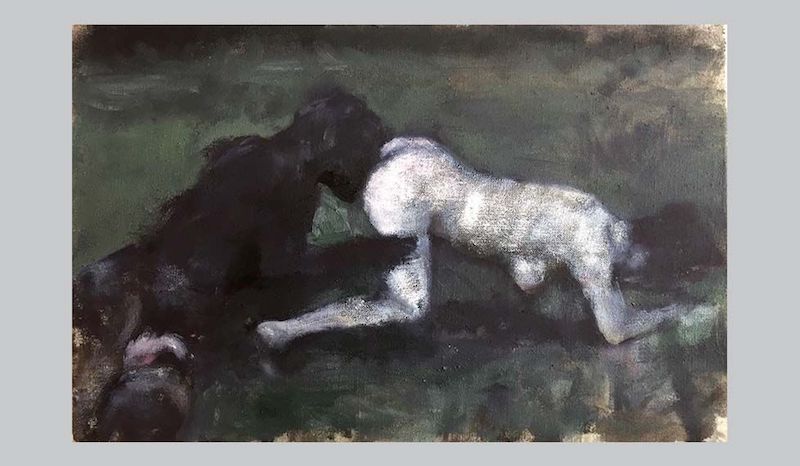 If this was the work of a male it might easily get the painter into trouble with feminist critics.

Don’t get me wrong, both of these are artists of quality. But what they have to say about the zeitgeist is – shall I say? – a little bit depressing. 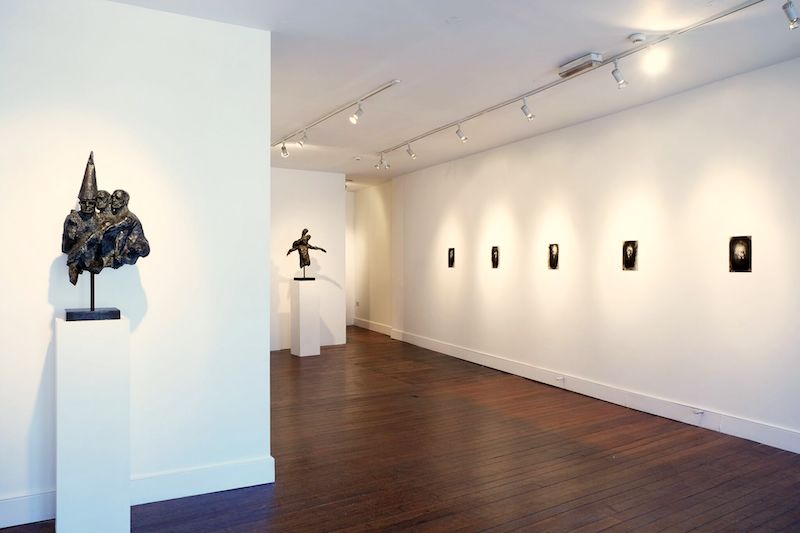 Beth Carter’s bronze sculptures are bigger in scale, without being huge, and perhaps easier to relate to. Here too there is a comparison with a current exhibition in a major London gallery – in this case with the Rodin show on view at the British Museum until 29th July.

The suggested comparison springs from the fact that the figures are not only sometimes incomplete but are often hybrids between human forms and animal ones. In addition to this they do of course suggest links with Surrealist art, but this is downplayed by the tactile way the bronze is handled, which does indeed have something very tactile about it – you think you can see the artist’s actual thumbprint.

Talking to Zavier Ellis, the gallerist responsible for the show, I said to him that it struck me as very high quality but determined to be retrograde, in a context where the digital art forms are increasing to the fore.

‘Yes,’ he said, ‘but this is increasingly what is happening among younger artists – a reaction towards the visibly hand-made, and towards some that can only exist in real time and real space.’

Perhaps he is right, and yet another ‘artistic revolution’ may be upon us.