Sprüth Magers, located in the heart of Mayfair, known for its rigorously curatorial approach to its programme and for an enduring devotion to the German and American artists they represent, the gallery has expanded from its roots in Cologne with other galleries located in Berlin Mitte, London’s Mayfair and the Miracle Mile, just across the road from LACMA in Los Angeles. The internationally acclaimed gallery dedicates to exhibiting the very best in ground-breaking modern and contemporary art. Sprüth Magers currently represents over 60 artists and estates.

In 2003, Sprüth Magers opened in London with Doenald Judd, and in 2007, they relocated to the current address at Grafton Street with a selection of new photographs by Andreas Gursky. While the gallery continues to work with well-established artists, they regularly broaden their programmes with emerging artists and the tradition of commissioning new scholarships, creating art books and fostering close relationships with museums and curators worldwide. 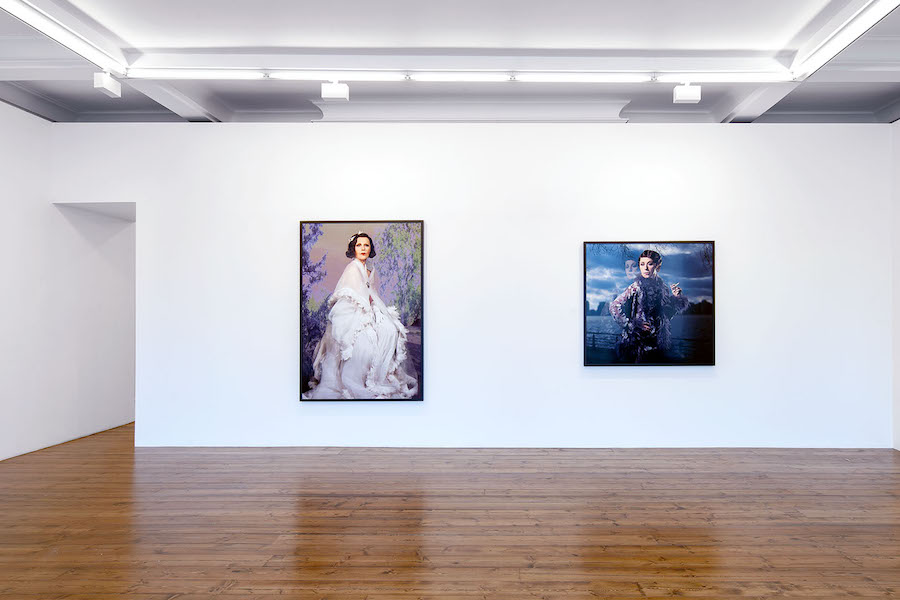 Sprüth Magers presents Cindy Sherman’s first solo exhibition in the UK since her last show in 2011, with a body of work inspired by fictional pre-war film stars. The “Untitled” series was first shown in Europe in Berlin last year.

Sherman is certainly one of the most influential figures in contemporary art, a cornerstone of academic feminist discourse since the beginning of her career, creating photographic portraits that are predicated on themes of identity, gender and role-play. She transforms herself into unsettling characters through heavy make-up, wigs, costumes and prosthetics into roles that bounce in-between provocation, pornography and grotesque.

Sherman has long been known for her love of dressing up, inventing new characters, and certainly for her early black-and-white photographic series “Untitled Film Still’s”, in which she staged herself as an imaginary B-movie and film noir actress by over-dramatizing stereotypical and clichéd imagery of women. She adopted limitless forms that illuminate the nature of subjectivity and sexuality. Sherman represented her country twice in Venice, 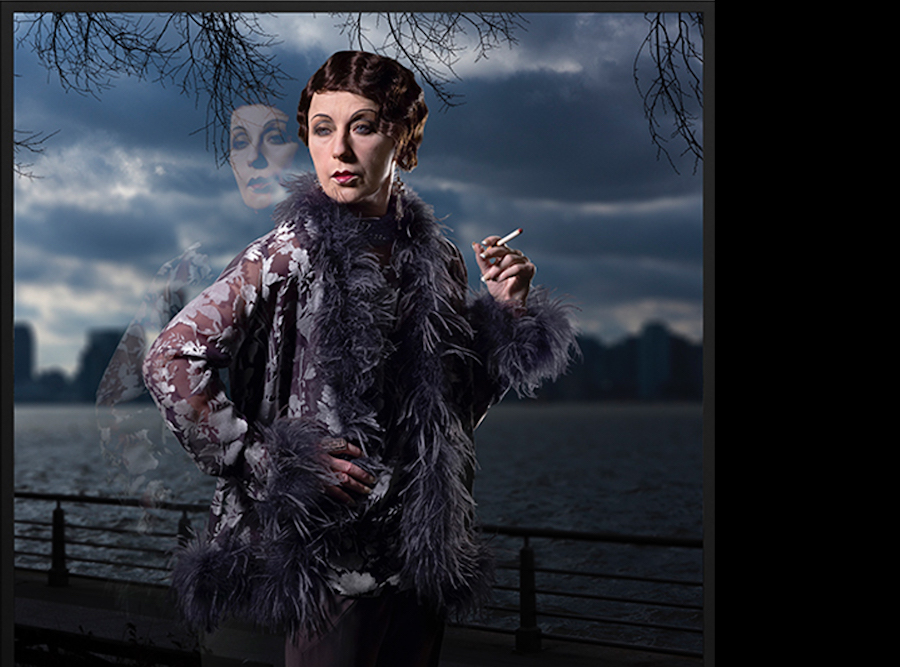 “I am always surprised at all the things people read into my photos, but it also amuses me. That may be because I have nothing specific in mind when I’m working. My intentions are neither feminist nor political. I try to put double or multiple meanings into my photos, which might give rise to a greater variety of interpretation”

Sherman’s current exhibition marks over three decades with Sprüth Magers. For 35 years, she has been the subject of her own work, endlessly transforming herself into a series of characters undermining femininity and gender roles.

Sherman’s work has always carried a powerful narrative element. In the current selection of large-scale colour portraits, she is the subject of all the images, recast as various “Grandes Dames” of the 1920s Hollywood, in what appear to be publicity shots.

They all look like old alcoholic stars dreaming of their departed lovers. Despite their elaborate hairdos and heavily painted faces, the actresses in the full pathos of age give way to poignant vulnerability that comes of the struggle to maintain the image, the hard-bitten tragedy of ageing. At 50, you might get the face you deserve, but these days, some women get what they can afford to pay for. 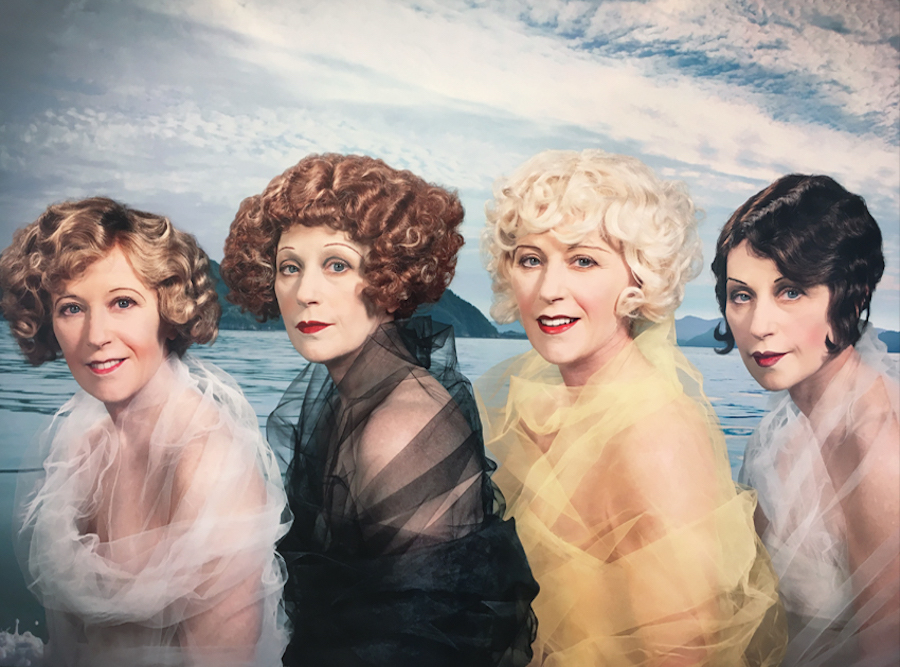 In Sherman’s pictures each character sits against digitally manipulated backgrounds that are suggestive of film sets, skyscrapers, busy café scenes, manicured gardens and classical landscapes. On one photograph, in different coloured tulle dresses Sherman is the four sisters in the entertainment industry, seated together, she is also their mothers and the nearly identical stars. She is definitely a serious creep.

The core of Sherman’s brilliant work based on tragic, nostalgic figures with photo-shoot goodbyes.

“Everyone thinks these are self-portraits but they aren’t meant to be. I just use myself as a model because I know I can push myself to extremes, make each shot as ugly, goofy or silly as possible.”

NOTE: All photographs have been created through dye sublimation, using heat to transfer dye directly onto metal, removing the necessity of using glass protection for the works.