Omicron’s on the decline, the snow is grey and slushy, and the city unveils eclectic and exciting art. Here is an arbitrary selection of current offerings in and around NYC.

Carrie Mae Weem’s magnificent installation, “The Shape of Things” at the Armory just closed, and now “Down Here Below” presents the recent work of one of America’s premier artist-activists. A mistress of multimedia, the show opens with “Painting the town,” archival pigment prints of boarded-up windows in Portland, Oregon, shot during the BLM protests. Angles and shadows create architectonic abstractions reminiscent of Franz Kline compositions, Polaroids of XXXX are exhibited, the first time since Weems’ seminal solo show at the New Museum in 1991. In addition, an installation from the Armory show is included, “Seat or Stand and Speak,” an open megaphone and wooden furniture, inviting viewers to listen or to take action.

2010 gorgeously violet-hued “Mahalia” resonates with the gospel singer’s amazing energy. Her contralto voice is recognized as inspirational and enormously influential to American music. The series “The Push The Call, The Scream” was created in 2020 to homage to civil rights leader Rep. John Lewis. Weems use of archival material and found footage remains a springboard for viewer information and introspection.
Roberta Smith of the New York Times has called Weems “one of the more interesting artists working in the gap between art and politics.” At this fraught moment in American history, Carrie Mae Weems challenges societal hierarchies while creating hauntingly powerful images.

Carrie Mae Weems Down Here Below at Jack Shainman Gallery until Feb. 19 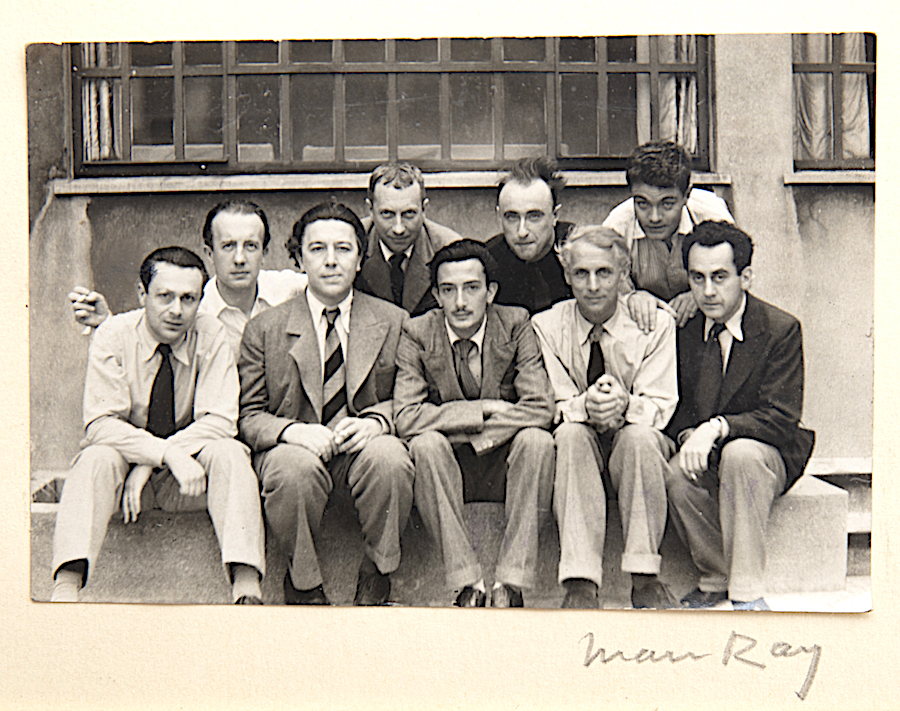 Speaking with curator Timothy Baum, the collector and poet, said, “I wanted to show in a full sense how much the concept of collaboration was involved in the forty-year history of surrealism.” This show is the perfect addendum to the enormous and ambitious survey show, “Surrealism: Between Boundaries” that recently closed at The Met.
Indeed, this intimate exhibition which focuses on jewels of the Cadaver Exquis, presents what was once a parlour game into a revelatory surrealistic treasure trove. A paper folded into horizontal panels invites the participants to create a drawing, then continued by another participant who remained unaware of the predecessor’s markings. Once unfolded, the collaborative creations are fantastical, prescient and poetic.
With participants like Andre Breton, Salvador Dali, Rene Magritte, Yves Tanguay, Paul and Nusch Eluard, Andre Masson and other luminaries, these small pencil on paper drawings are a triumphant manifestation of the unconscious. Especially interesting is the inclusion of female Surrealists, among them Jeanette Tanguy, Jacqueline Lamba, Dorothea Tanning, Germaine Hugnet.

The small photographic treasures are images of the Surrealistic group posing, at play, relaxing in Sedona, Arizona at Max Ernst’s house, or gathering in a garden of de Noailles.

The 17-minute film by Man Ray, “L’etoile de Mer”, from 1928, is shown, along with gorgeous gelatin silver print stills from the movie.
Baum, a passionate scholar and collector of Surrealism, said, “I was lucky to have the material that made it so special.” Likewise, viewers are fortunate to have the chance to explore Surrealism’s forty-year revelatory and still influential history. 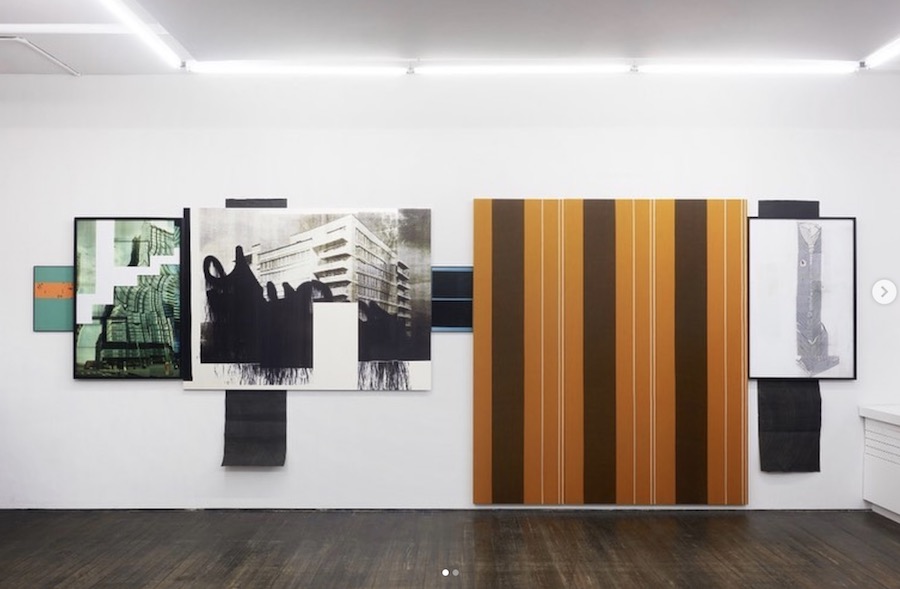 These two shows are perfect bookmarks that explore our ever-changing and fantastic city. London born Nick Relph uses a low tech digital scanner to create photographs, collages and fabric weaving that melds perfectly with the gallery’s expansive skyline views. Printed, mounted, collaged, the images of a rapidly changing urban landscape present both mystery and magnificence. The 2022 Cibachrome collage “Gold is Where You Find It” may be this year’s most iconic post-romantic architectural image. Relph captures a quickly changing cityscape of undulating glitches, ghostly skyscrapers, smeared graffiti and monolithic vistas. His vision propels the venerable tradition of city street photography into the post-digital world. 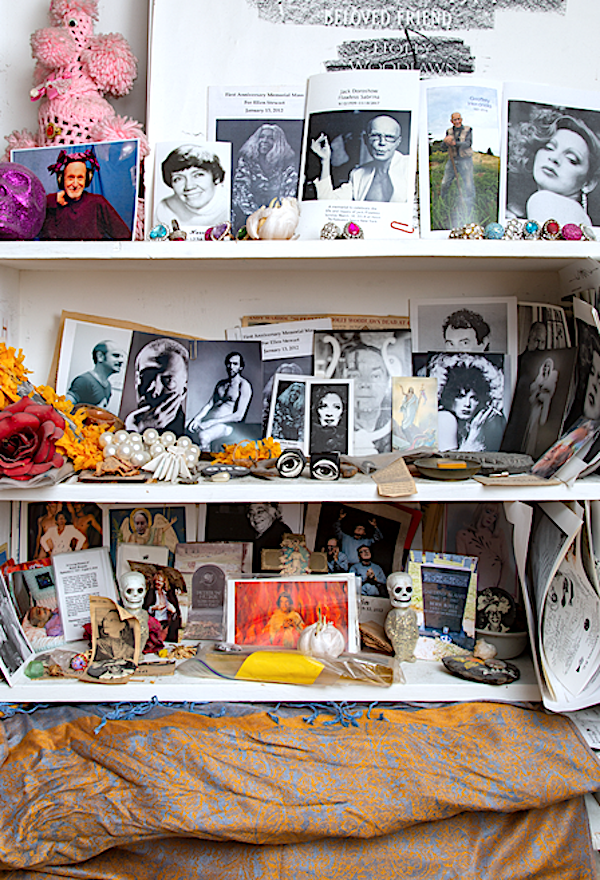 Agosto Machado is a beloved downtown legend, performer, muse, archivist and I am lucky enough to be his neighbour. Machado has been a vital participant in gay culture, working with Jack Smith, Angels of Light, the Cockettes, Candy Darling, Peter Hujar, Tabboo!. Ryan McGinley and collecting work by friends, Martin Wong, Ken Tisa, Arch Connolly, Thomas Lanigan-Schmidt and assorted luminaries. This is his intimately curated collection of art, ephemera, shrines, photographs and presents a veritable treasure trove of NYC underground gay culture.

From participating in the first Stonewall uprising to performing at LaMama, Agosto was a critical figure collecting playbills, artworks, photos and memories. Especially poignant are the memorial cards of the many creative people who were lost during the AIDS crisis. What a gift this immersive installation is for anyone who cares, is curious about, or wants to celebrate and be inspired by New York’s quintessential queer community. 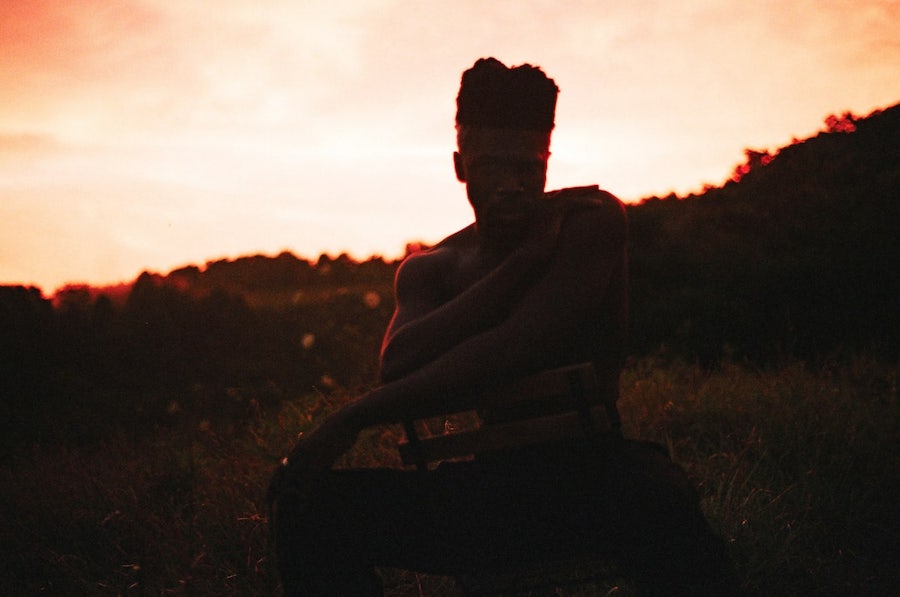 Moses Sumner Blackalachia at Nicola Vassell Singer, writer, multidisciplinary artist Moses Sumner shows his first feature-length film, along with photographs in his first New York City exhibition. The film, Blackalachia debuted at Miami’s Perez Museum and was shot in the Blue Ridge Mountains during the 2020 lockdown. The film explores the Ghanaian-American artist’s relationship to his new Western North Carolina home. Moses Sumner also has an upcoming and highly anticipated Brooklyn Academy of Music concert and is the gorgeous subject of Soho’s current Calvin Klein billboard.

Moses Sumney: Blackalachia – Nicola Vassell a feature length performance film and photographic series created by the artist in the North Carolina stretch of the Blue Ridge Mountains during the summer of 2020. Until 5 March