A fascinating exhibition linking ‘Portraying a Nation’  and  ‘The Evil Eye’ with works by August Sander and Otto Dix is currently showing at Tate Liverpool. 144 photographs from the German photographer, Sander are exhibited chronologically and coinciding with historical events of the time (historical events coincide with the photographs written on the walls)  The exhibition: mid 1920sPortraying a Nation focuses on August Sander’s photographic project, ‘People of the Twentieth Century.’ conceivemid-1920sas well as works by Otto Dix of the same era. Sander has been described as “the most important German portrait photographer of the early twentieth century and became a major figure of the new German photography.

In the mid-1920s, Sander aimed to document Germany by taking portraits of people from all segments of society. The project adapted and evolved continuously, falling into seven distinct groups: ‘The Farmer’, ‘The Skilled Tradesman’, ‘The Woman’, ‘Classes and Professions’, ‘The Artists’, ‘The City’ and ‘The Last People’.’’ The photographs  are intriguing and fascinating. Defined by their objectivity and sharp focus, they are documents of their time, charting the political and economic tumult of the Weimar Republic and the rapid social change and cultural experimentation that descended into dictatorship that followed in 1933. 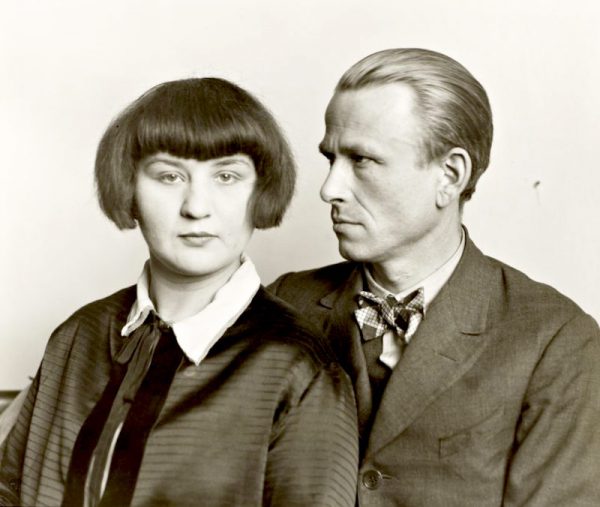 August Sander The Painter Otto Dix and his Wife Martha, 1925/26

Sander first learned about photography by assisting a photographer who was working for a mining company. His work includes landscape, nature, architecture, and street photography, but he is best known for his portraits, as exemplified by his series People of the 20th Century. In this series, he aims to show a cross-section of society during the Weimar Republic.

Sander’s decision to place the passport photographs of Jews in the same volume as his son’s photographs of those imprisoned by the National Socialists should serve as a reminder that Sander not only had a negative attitude toward the Nazi takeover but also had strong political views as well. Scholars usually mention that Sander neither shared the radical political commitment of his son Erich nor approved of his political activism. But left-leaning friends of Erich such as the communist leader Paul Fröhlich often visited their home and appear in Sander photographs. Indeed Fröhlich is prominently featured in a three-quarter-length portrait close to the centre of Sander’s Face of Our Time. Sander is known to have assisted his son with the printing of some of the anti-fascist leaflets promoted by the outlawed Socialist Workers’ Party of Germany to which his son then belonged.

Running parallel to the exhibition are works by Otto Dix depicting drawings and paintings that show aspects of German society as well as his experiences of the first world war. Dix was noted for his ruthless and harshly realistic depictions of Weimar society and the brutality of war. An intriguing room of etchings by Dix depicts the harsh reality of his experiences in the first world war. Most of these are real insights into his memory of his experience. His other works and paintings are exaggerated in style to bring certain aspects of society into focus and to emphasise the things we may want to change. 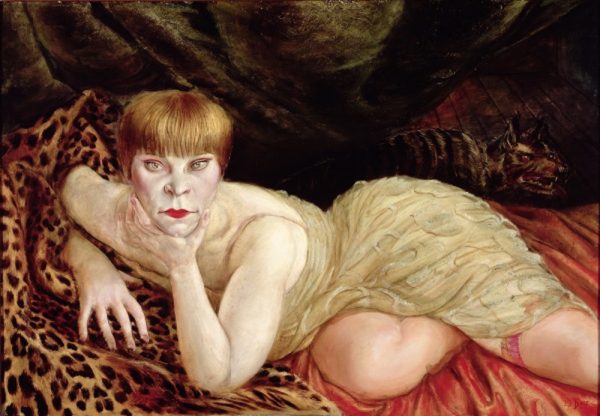 When the First World War erupted, Dix enthusiastically volunteered for the German Army. He was assigned to a field artillery regiment in Dresden. In the autumn of 1915, he was assigned as a non-commissioned officer of a machine-gun unit on the Western Front and took part in the Battle of the Somme.

Dix was profoundly affected by the sights of the war, and later described a recurring nightmare in which he crawled through destroyed houses. He represented his traumatic experiences in many subsequent works, including a portfolio of fifty etchings called Der Krieg, published in 1924.

Dix drew attention to the bleaker side of life, unsparingly depicting prostitution, violence, old age, and death. When the Nazis came to power in Germany, they regarded Dix as a degenerate artist and had him sacked from his post as an art teacher.

I found the work of both artists, Sanders and Dix engaging. The Treaty of Versailles was an important turning point and acted as a peace process to ending world war one which claimed many casualties.  So many men were killed that many women were left widowed. As a majority of women had no way to survive, many became prostitutes. Otto Dix painted and recorded these events. The exhibition is a vivid insight into these unstable times.