Every so often a strange, worthwhile show manifests itself at one of the galleries on Britain’s South Coast – an area that is increasingly beginning to replace Chelsea, or, after that Southwark or Bermondsey as a refuge for artists. This Christmas and New Year it was an exhibition at the sternly Modernist – yes, with a big M – De La Warr Pavilion at Bexhill-on-Sea. The artists on view were not precisely contemporary: a strange half-forgotten pair called  Pailthorpe and Mednikoff. 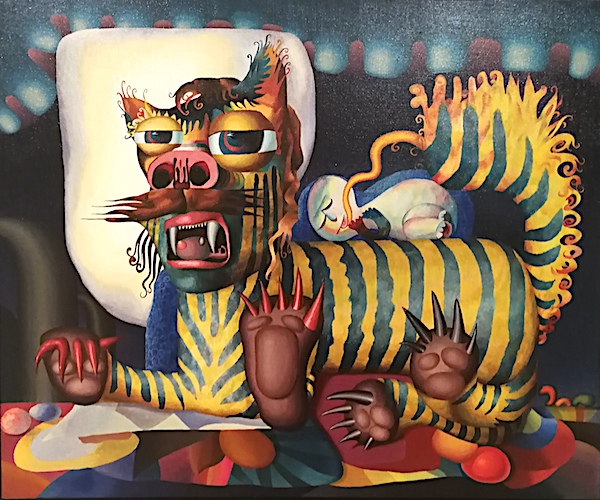 It puts you, as spectator, right beside the psychoanalyst’s couch

The show was billed as A Tale of Mother’s Bones and subtitled as The Birth of Psychorealism. An explanatory note added that it was ‘An exhibition of drawings an autobiographical ephemera paired with in-depth psychoanalytic interpretation’.

What it was, in fact, was a relic of the impact made on certain British intellectuals, and their incoming non-British allies, by the heady combination of the Surrealist Movement and the teachings of Freud. Pailthorpe and Mednikoff were a couple who flirted with these influences and then took fright and moved away from them. Freud influenced them perhaps more directly than Surrealism. Pailthorpe was the senior figure in the partnership, and more directly committed to the doctrines of Feud. Mednikoff was younger and had the neater artistic hand.

One amusing aspect of the show was that it was surprisingly coy, at least so far as the actual titles of the work on view were concerned, but also remarkably direct and outspoken if you looked at the images. It put you, as spectator, right beside the psychoanalyst’s couch, where the patient/artist was pouring out his/her innermost fantasies, without any degree of self-censorship. The artists were willing to telling you in pictures what they were not so willing to say in words. 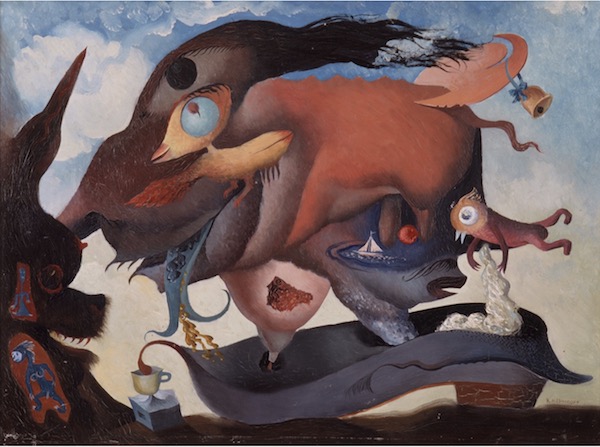 It was also, especially in Mednikoff’s case, surprisingly playful. His animal images, hybrids of different species, were quite small but packed quite a punch. They also seemed, to me at least, to evince a sense of humour. If you got the joke, then maybe you were shocked, or would have been if you had encountered them when they were first made.

The history of art is full of hidden artists of this kind. Some of them have later become very big names. Think of Vermeer, who wasn’t really appreciated until his work was rediscovered in the 19th century. I’m not saying that this duo were on Vermeer’s level, but certainly they deserved the revival they were given here. The show was a lot more fun than the bombinating exhibitions of supposedly important contemporary artists I am often confronted with in London.