Autumn is always a hectic yet enjoyable season for the art lover in France – my favourite time of year in the busy art world calendar. I had just recovered from the excitement of Frieze and Fiac when I decided to venture to the 21st edition of Paris Photo, Women House and the Lyon Biennial. ParisPhoto is now considered the world’s leading photography fair. This year they gathered 160 galleries from 30 countries at the Grand Palais from the 8-12 of November. Karl Lagerfeld was the guest of honour, selecting about 100 works all over the fair with a clear preference for black and white photographs.

Like Lagerfeld, I was fascinated by the black and white photographs on the 2nd Sino-Japanese war from 1937-1945 presented at Daniel Blau’s Gallery – Lagerfeld selected three photographs here. Over the years the German gallerist, who is passionate about early journalistic photography, has gathered 158 photographs, most of them from Rudolph Brandt and some by Joy Lacks, a female photojournalist. Like Robert Capa and Gerda Taro who photographed the Spanish Civil War, Rudolph Brandt and Joy Lacks present the “same respect for human life and disdain for war,” notes Blau. The body of work has an incredible historical value as the Sino-Japanese war remains largely unknown and untold in most of the world.

Photography is indeed venturing far beyond the borders of photojournalism, flirting with contemporary art, as with the works of Tobias Zielony, ( Top Photo) presented by KOW gallery from Berlin. I liked his series “Maskirovka”, which is about the underground queer scene in Ukraine between 2016 -2017 and the techno scene in Kyiv after the revolution in 2013. Trained as a photojournalist in the first instance, Tobias Zielony offers a very poetic, graphic and aesthetic survey of the underground communities who have to disguise themselves to exist.

At the Paris- Beijing Gallery, the talented young Chinese artist Yang Yongliang has composed a magnificent video piece of his “Heavenly Cities”. Using photography combined with video as a medium, the Shanghainese artist recreates an urban landscape with an impressive collage of photographs of Chinese urban cities. What appears at first as a traditional Chinese mountains landscape is, in fact, a reconstruction of contemporary Chinese cities. It was mesmerising. 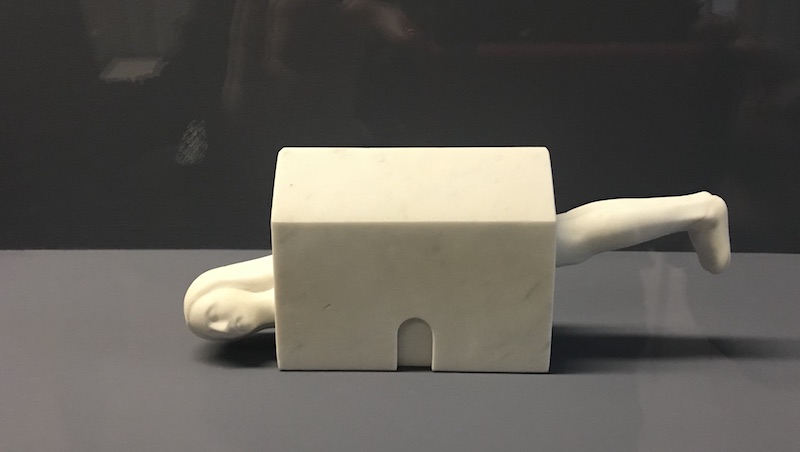 While in Paris I also went to visit the “Women House” exhibition at Monnaie de Paris, which was a very good exhibition of female artists in the domestic space. 39 artists are presented, from major contemporary artists like Louise Bourgeois and Niki de Saint Phalle, to a younger generation such as Joana Vasconcelos and Isa Melsheimer, all coming from 4 different continents. 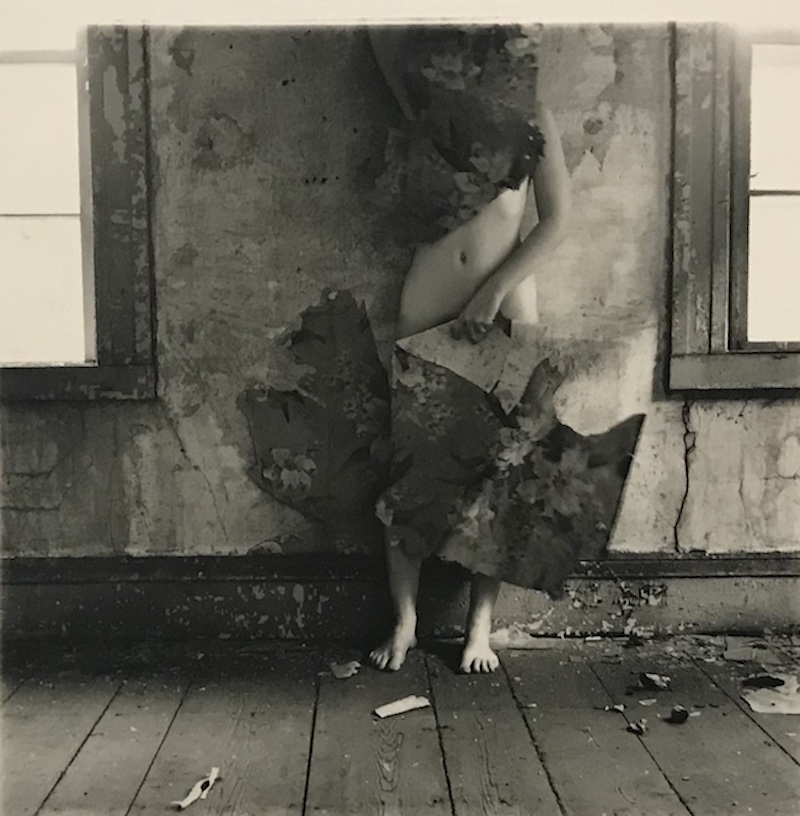 I fell in love with Francesca Woodman’s black and white photograph of nude female bodies merging with their surroundings, and whose faces are obscured. This highly talented artist died by suicide at the age of 22. Sad that she could not see how much her work has inspired artists and left a strong imprint in Art History.

The exhibition is on show at La Monnaie de Paris until the 28th of January and will then be presented at the National Museum of Women in the Arts in Washington on March 8th, 2018.
And when in France, why not visit La Biennale de Lyon curated by Emma Lavigne, currently Director of the Pompidou Metz. 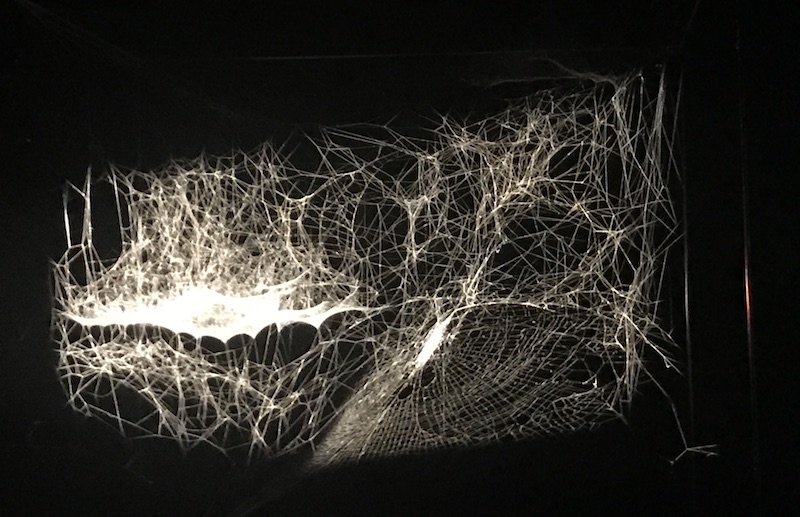 After two hours in the TGV fast train from Paris, I arrived in Lyon for a short and intense visit of the Biennale. There are four main sites for the Biennale, but by mid-November one had unfortunately already closed: the Dome featuring the work of Celeste Boursier-Mougenot, “Clinamem”. So I started my discoveries at the Sucrière. The large former industrial building is a perfect nest for Contemporary installations. The title of the Biennale, “Floating Worlds”, is promising and not deceiving: “like a voyage around an archipelago of islands”, a sensory journey with incredible works from Doug Aitken, Tomas Saraceno. There are also lots to discover amongst the very young artists, in particular, those presented at the Contemporary Art Institute.

I was captivated by paintings from Laure Mary-Couégnias. At first sight, her work seems naïve in the tradition of Douanier Rousseau, but there is a twist to it, depth and an irony, maybe even a perversion… definitely, a young artist to follow.

I left Lyon enchanted by the Biennale. It was very coherent and structured, yet full of little gems …so if you want to be surprised, enchanted and enjoy world-class gastronomy at the same time, I recommend a visit to the Biennale before it ends on the 7th of January 2018!