All too often, when there is a sudden enthusiasm for a particular cause, those promoting it achieve the opposite of what they intend. This is the case with the exhibition entitled Pre-Raphaelite Women, which has just opened at London’s National Portrait Gallery.

I have some reason to be personally interested in this show since I must now be, at the age of eighty-six, one of the last living (though still pretty tenuous) links with the 19th century Pre-Raphaelite movement in art. I owe this to my mother’s family, the Lushingtons, who were descendants of an 18th-century chairman of the British East India Company. In the High Victorian period, they were cultural do-gooders, with a wide range of literary and artistic contacts. One of them, Vernon Lushington, a collateral ancestor of mine, was responsible for introducing Burne-Jones to Rossetti, an introduction which led to Burne-Jones embracing a career as an artist. This, in due course, led to the emergence of the second phase of Pre-Raphaelitism, which was considerably different from the first. 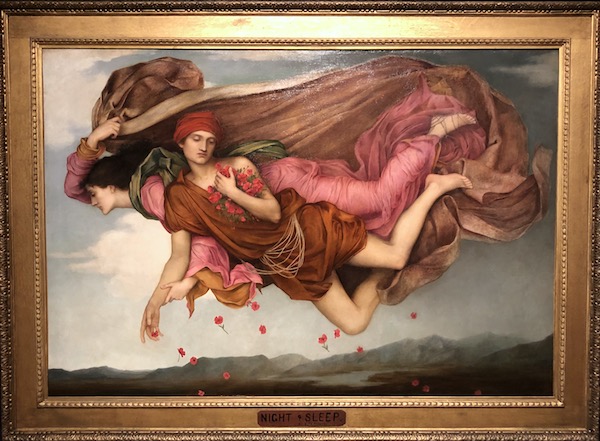 For one thing, it was much more international, rather than being a purely British phenomenon. Burne-Jones’s work was influential abroad, to the degree that is still somewhat under-rated here at home. He had an impact on the European Symbolists at the end of the 19th century, and it is even possible to see traces of what he did in the earliest work of Picasso – images from the so-called Blue Period.

Burne-Jones also had important non-artistic links. One of his wife’s sisters was the mother of Rudyard Kipling. Another sister was the mother of Stanley Baldwin, a British prime minister. It is also worth remembering in addition that the Lushingtons, who kick-started Burne-Jones’ career, were Logical Positivists, which is to say, Victorian atheists.

The NPG exhibition makes no attempt to cover things of this sort. What the organisers are intent on trying to prove is that women played a significant role in the development of Pre-Raphaelite art. Various section of the show are labelled with the names of women – wives, mistresses, muses, fellow-practitioners of art – who have in their view been unjustly left out of the narrative. Where the last of these categories is concerned, that of fellow-practitioners, it fairly comprehensively fails. No female artist linked to the Pre-Raphaelite Movement achieved anything like the prominence enjoyed, in a different context earlier on, by the French painter Vigée-Lebrun. There is no woman artist linked to Pre-Raphaelitism who enjoyed the kind of central position in the movement that Berthe Morisot had among the Impressionists. There is undoubtedly no Pre-Raphaelite counterpart to the French painter Rosa Bonheur (1822-1899), now part-forgotten. But in the second half of the 19th century, Bonheur was probably the best known of all then living female artists.

Bonheur was famous in Britain during the Pre-Raphaelite heyday, thanks to the efforts of Ernest Gambart (1814-1902), the leading British dealer of the epoch. Gambart brought her to London in 1855, bought the reproduction rights to her work, and published engravings of it, made by Charles George Lewis (1808-1902), one of the leading British specialists in this kind of work.

It is incorrect to say that the women connected with Pre-Raphaelitism vanished from sight simply because of then-existing prejudice against women artists. A prejudice that we are only now in our twenty-first-century wisdom starting to reverse. The truth, for the most part, is that the female artists in the Pre-Raphaelite circle were neither sufficiently gifted at making art, nor committed enough in doing so, to overcome the difficulties presented to them by the society they lived in. What these female acolytes were, on the other hand, good at was being muses. Pre-Raphaelite art offered an intensely romantic view of women. It saw them as magical beings, much more so than had been the case in the past. Sometimes they were exploited in daily their daily lives by the men who made images of them. Yet at the same time, they were deified. That magic can still be found in the best Pre-Raphaelite paintings.

The one female artist included in the NG show who did make something resembling fully realised independent art was a practising spiritualist. The catalogue of the National Portrait Gallery doesn’t mention the fact that spiritualist beliefs had a role to play in the appearance on the scene of what we now call Modern Art. Another female artist to be influenced by spiritualism was the Swedish painter Hilma af Klint. Her work coincides in date with what de Morgan produced but is so radically different that the two women belong to totally different aesthetic worlds. De Morgan’s work seems stranded in the past. Af Klint was hastening towards the future.