With major as well as offbeat art fairs, ranging from the Armory at the massive Javits Center (where I last went for my Covid vaccination) to tiny storefronts selling transgressive signage, the New York art world is in full and masked swing. Galleries are opening, and expensive tickets sold for fairs, all under the ghostly lights of the fallen Twin Towers. Here is one idiosyncratic overview of art events of the week of 9/11 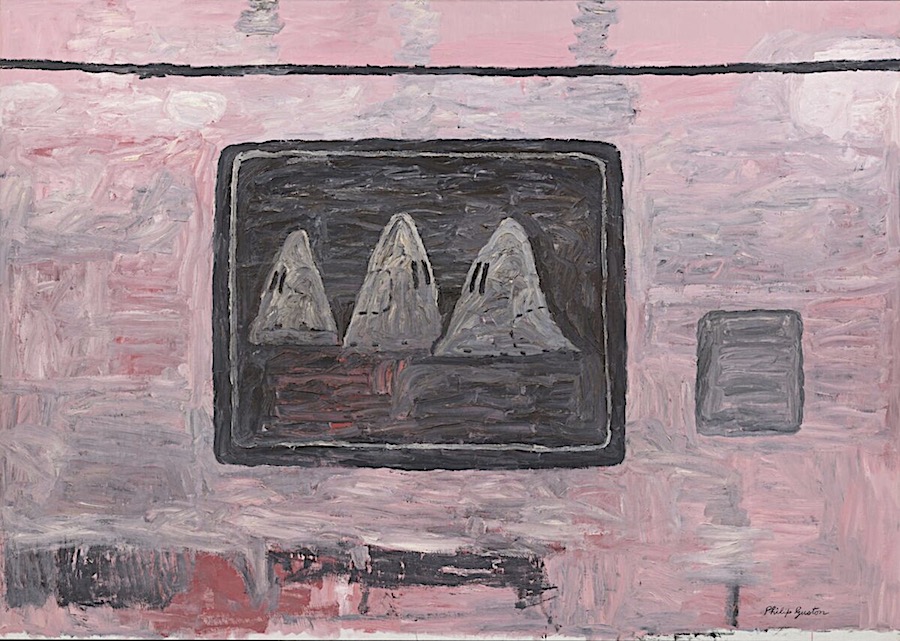 Philip Guston. 1969 – 1979,’ an exhibition focused on the breakthrough figuration that emerged in the final decade of the 20th century

Forty-one years after his death, Philip Guston’s blockbuster work looks as visionary, powerful and provocative as when first shown. This body of work, called by Peter Schedjal, in 1984 “raucous figuration”, ignited such recent controversy that English and American museums
postponed a planned retrospective, much to the chagrin of the international art world.

At the opening, his daughter, Musa Mayer said, “My father found a language to express the horror he found all his life – the theme of genocide that we have all witnessed.” Apparently, the “controversial” imagery of clunky hooded Klansmen invited P.C. censorship, oblivious to the fact that Guston was a lifelong leftist. His hooded and obviously satiric figures ride in cars, smoke cigars, hang out inexplicably in an urban apartment, and one is even transfigured into an artist self-portrait in a cheery pink studio replete with brushes in a can.

Especially poignant are the weeping eyes of “Tears” (1977), never before seen in NYC. Painted after his wife’s devastating stroke, the indelible image portrays a universal grief. 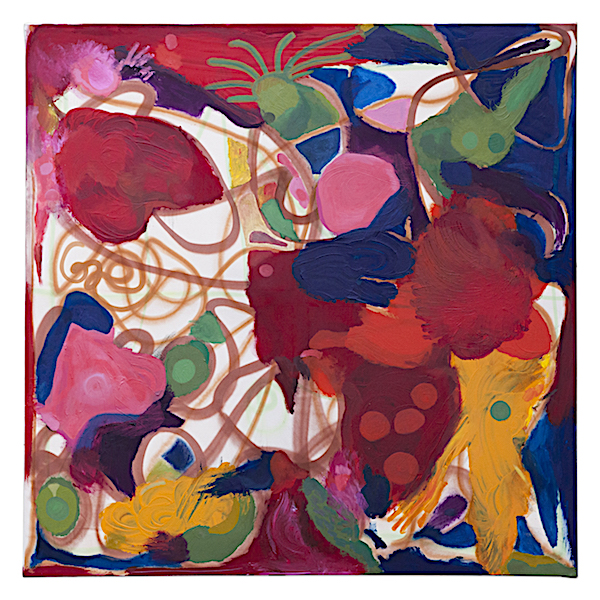 Uman, I hope this finds you well at Fierman

The exact opposite of Hauser and Wirth, Fierman is a small, highly personalised gallery emphasising queer art. Here, the Somalian born, multidisciplinary artist shows four large paintings and one sculpture. Uman’s fluid amalgamation of figuration and explosive abstraction is perfectly embodied by the vibrant oil and acrylic paintings.

Uman has been quietly wowing the art world with recent work, starring in group shows at Karma and Nicola Vassell Gallery. Her visual language combines childhood imagery of her African background through an urbane lens, with sensual line and unwavering brushwork. Recent use of jubilant colour illuminates her latest work. Like Guston, Uman is a self-taught artist and her work is informed by her European travels, her NYC experiences, and now rural life in upstate New York, where she lives and works. 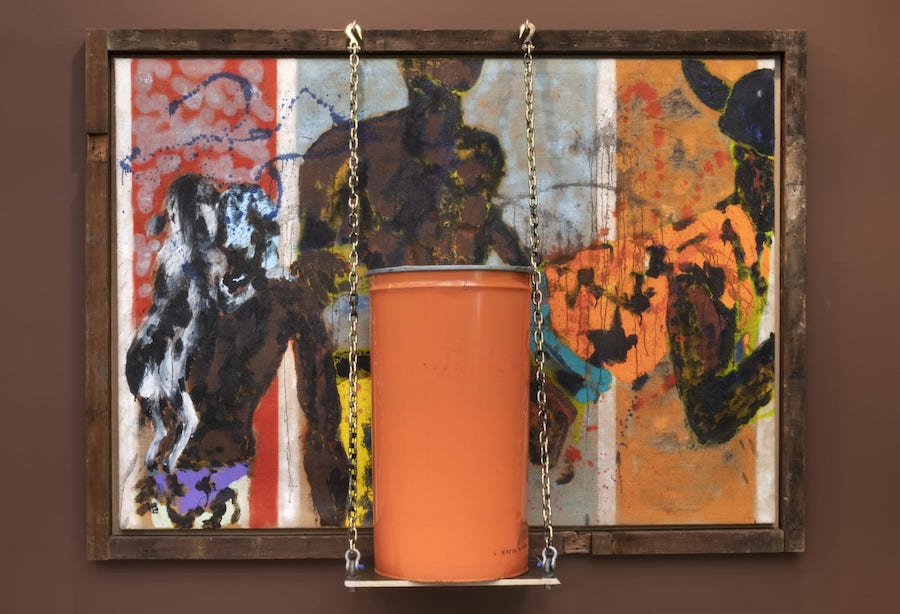 “It’s good to be home,” Alvaro Barrington commented at his packed opening. Artists like Kehinde Wiley and Arthur Jaffe were in attendance, and the Friday night opening ended with a memorable after-party, on a Covid safe terrace with sweeping river views. Alvaro, wearing a DMX T-shirt, continued, “I got stuck in London after grad school. I love London. It’s where I live.”

His recent Sadie Coles show in London closed, his work is now included in the Hayward Gallery “Mixing It Up: Painting Today” survey show. The current New York show is inspired by the life and work of Pan Africanist Marcus Garvey (1887-1940), the Jamaican national hero and political activist. Like Barrington, Garvey was the Caribbean born and forged an international career spanning London and America. 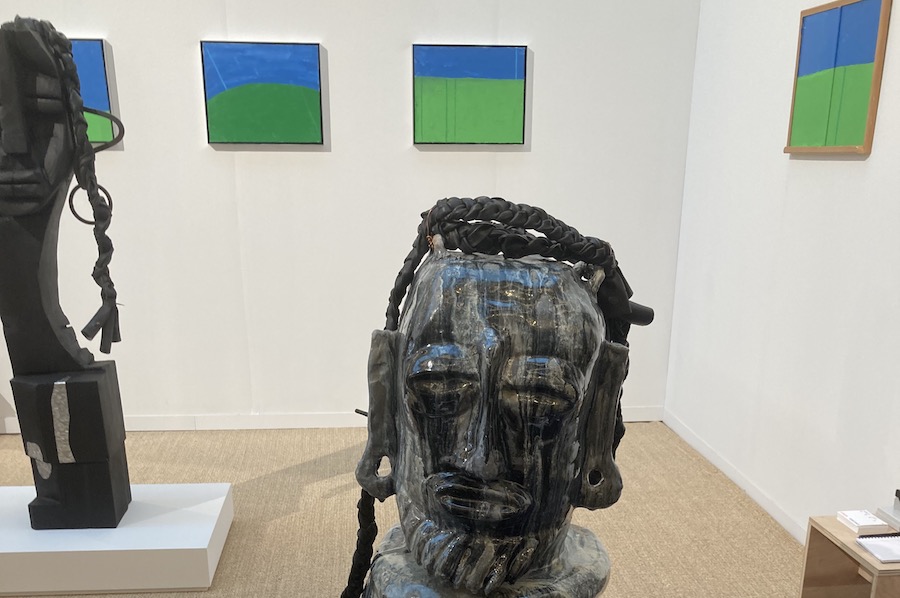 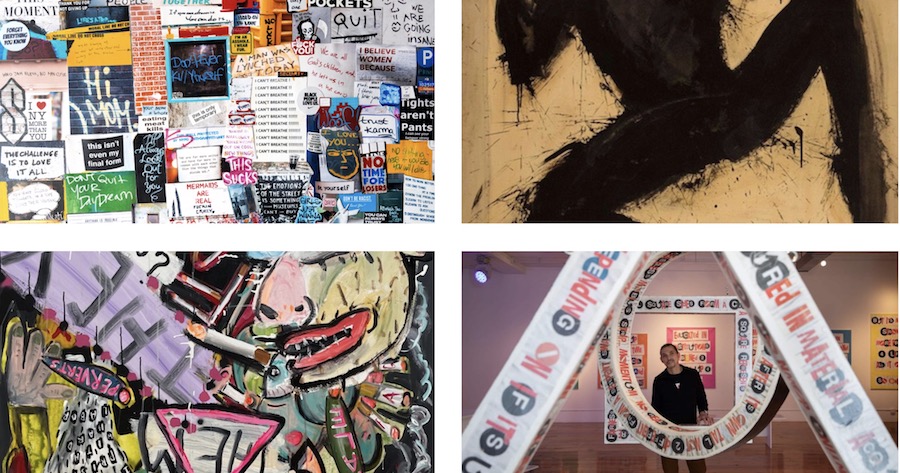 Since 2015 downtowners have loved Howl, an intergenerational cultural venue that has hosted over 500 free events, including terrific art shows. Now, with the opening of a new expansive gallery across the street from the New Museum, Ha/Ha will focus on the creative counterculture. The opening show “Icons, Iconoclasts and Outsiders’ features treasures from David Worjnarowicz, Richard Hambleton, photographer Marcia Resnick, and other downtown luminaries. Archival materials from Taboo!, Patti Smith, John Kelly, will be shown along with Jeremiah Newton’s Candy Darling archive. Kudos to Jane Friedman and staff for keeping bohemia alive and well.