The V&A’s new, all singing all dancing exhibition has a cumbersome title: You Say You want A Revolution? – Records and Rebels 1966-1970. As the title itself indicates, it does nevertheless cover a very short space of time – less than a decade.

I can’t say I was fully part of the revolution in question. Already too old in 1966, at age 33. But yes, I have some right to say that I was at least quite literally on the margin. I then lived on a street leading directly into King’s Road, Chelsea, which, in British terms at least, was pretty much the epicentre of the whole culture-quake. I was a gay man, and on 27th July 1967, the Sexual Offences act finally decriminalised homosexual acts in private between two men. And at the end of the period, I was just beginning an affair – it lasted nine years – with a well-known public figure, the fiery Welsh politician Illtyd Harrington. Later, in the 1980s, he was Deputy Leader of The Greater London Council under Ken Livingstone, and was widely regarded as “the acceptable face of extremism”. Illtyd was well aware of his own macho charms. We used sometimes a little later to stroll together along the stretch of the King’s Road known as ‘the beach’, still, in the early 1970s, thronged with the harlequin crowds the revolution had produced, while he muttered to me, through his beard and under his breath, the mantra “did you see him clocking me; did you see him clocking me.” Times had indeed changed.

If you are unwise enough to try to make totally logical, follow-the-storyline sense of the V&A show, you are pretty certainly not going to enjoy it. This is an exhibition designed to be an immersive experience – a bombardment of sounds as well as of images. When I was there, at the preview, it even featured a real live girl getting a Vidal Sassoon hairdo (see top photo). You may see something of the kind on your visit, though, for obvious reasons it won’t be the same girl. The show welds together radical politics and radical changes in music and the visual arts, and plunges you into the maelstrom. 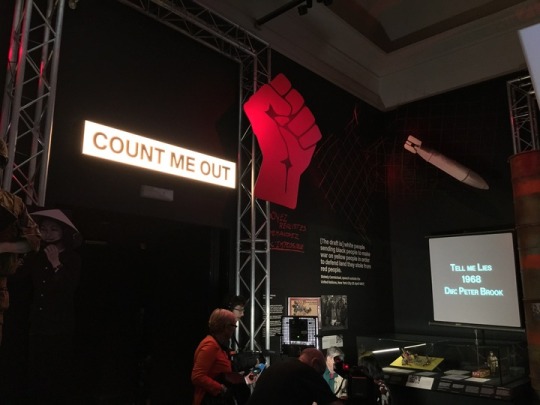 This, in its own terms, also marks an equally radical, though belated change in the way that big official museums try to do their jobs. The V&A has had several previous stabs at this kind of immersive presentation. A rather cack-handed, half-hearted version was their recent exhibition about Botticelli and his influence (all the way down to Andy Warhol – think of that!). This time, the curators have gone at things full throttle.

There are, however, two linked caveats. The first is that, while you’ll encounter lots of imaginative ideas in the sphere of graphic design, you won’t find anything resembling a major work of art, making a statement entirely in its own right, independent of its surroundings. 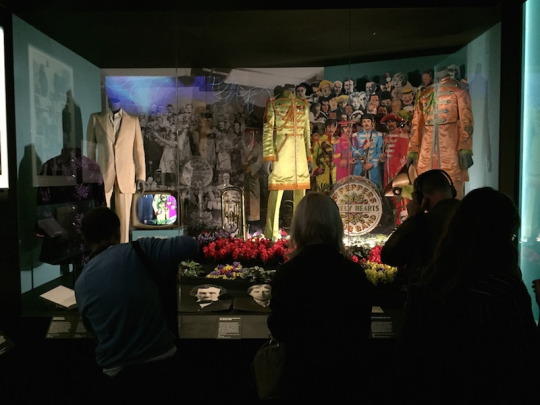 The second is that, if you are indeed looking for a major creative statement, then it is that of the curatorial team who created and designed the show – the amalgam is the artwork. Parts of the new installations at Tate Modern currently struggle with this question: the curator becomes the unacknowledged rival of the artist. The V&A, being a design museum, and – more often than not – wedded to explaining the more ephemeral flutterings of the zeitgeist, doesn’t have to bother. In fact, up-to-the-minute technology sometimes gives a greater zing to some of the items on view that they actually possessed when they were new.

Watch 360˙Virtual Tour Below Use Mouse to Navigate