Roderic O’Conor is very much someone who was historically in the right place at the right time. In the latter part of the 19th Century while Modernism was taking hold in France, O’Conor, a talented painter born in Co. Roscommon, Ireland like many artists, travelled to Antwerp before settling in Paris and rural art colonies such as Grez and Pont-Aven. He was to spend most of his life in France only returning to Ireland to sell up some of his inherited property. His privileged financial status enabled him to paint in an uncompromising manner. This is clear in many of his earlier works from the late 19th century now on display in a new exhibition at The National Gallery of Ireland. 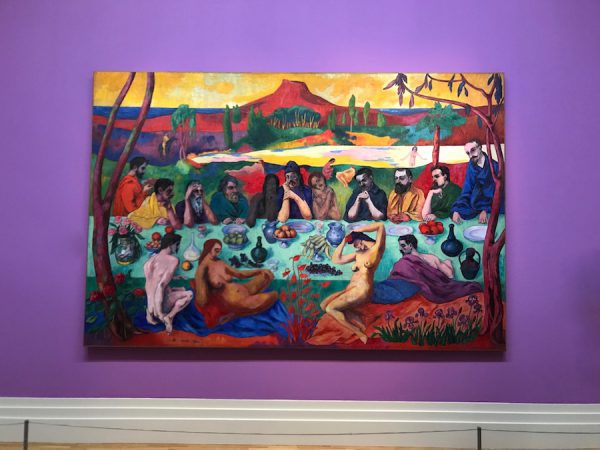 O’Conor discovered Van Gogh soon after the artist had died. He attended Vincent’s memorial exhibition and befriended Emile Bernard an artist also working in the Post Impressionist style, who as a friend and contemporary of Van Gogh had collected many of his paintings. He also met and was profoundly influenced by Gauguin. One of the key paintings in the new exhibition Roderic O’Conor & the Moderns: Between Paris and Pont-Aven shows a monumental, irreverent ‘Last Supper’ themed canvas by Pierre Girieud which places Gauguin as the Christ figure, centre of the composition and includes O’Conor as an Apostle seated at the back of the table.

O’Conor painted in a style which can only be described as somewhere between Van Gogh and Gauguin with a bit of Munch thrown in for good measure. He collected and owned works by all three of the artists mentioned. In other words, he continued the legacy and did it well. 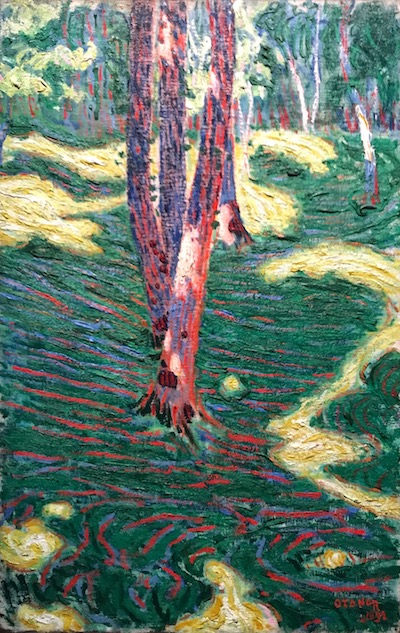 By putting O’Conor’s work in context with that of Van Gogh, Gauguin, Émile Bernard, Maurice Denis, Paul Sérusier, and Armand Seguin is a daring move. Some of it holds up, but other works look derivative and pale by comparison. One painting that strikes me as groundbreaking is ‘The Glade’, 1892. This experimental work acquired by the Museum of Modern Art New York returns to the core of Vincent’s inspiration, Japanese prints. The work has an unusual composition, and many traits predate the Art Nouveau style which became the dominant trend for art and design at the turn of the 20th century.

The exhibition contains over 60 major works. O’Conor’s experimentation pieces utilising stripe like brushstrokes in portraiture, landscape and still-life are refreshing and bold . The works were radical for the time. Although it is difficult to imagine these works as radical today. 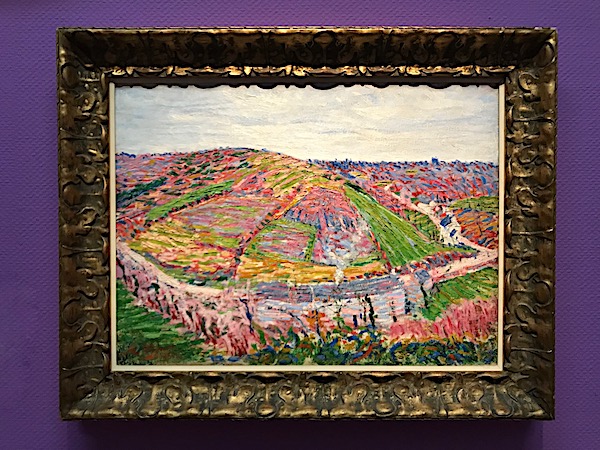 Roderic O’Conor is a good painter but will always remain a footnote to the movements with which he is associated. It is not to say that he doesn’t push boundaries or isn’t a confident painter. I was particularly struck by ‘Landscape Pont-Aven’, 1892. Although the brush strokes are inspired by Van Gogh the palate is highly original and the expressionist manner in which it is painted predicts other Irish painters to come such as Jack B Yates. This is a well curated, beautifully presented show. The lavender painted walls and subdued lighting creates the perfect atmosphere to acquaint yourself with this relatively obscure painter.

Ireland has produced or nurtured many excellent painters in the last 100 or so years. William Scott, Francis Bacon and Sean Scully come to mind. It is a healthy thing to promote artists linked to a nation’s heritage but it also raises questions as to how internationally important some artists are.