Sacred Noise explores themes of religion, faith and divinity in post-war and contemporary art through 30 works shown at Christie’s and on show until 21 July,. The exhibition seeks to charts the reinterpretation and subversion of these themes in the 20th century.

The starting point for Sacred Noise is the permission granted through Christ’s incarnation to depict the divine in human form which developed in the West in the direction of realism. The humanism of the Renaissance represented a significant move within this development. Keith Walker had written that ‘The Renaissance was the period when man and the world were re-discovered … Previously the artist was considered only a maker. God alone created. In the Renaissance man’s Godlikeness was asserted.’ Luis de Morales’ Ecce Homo variations showed Christ alone and at close range, blurring the boundaries between the human and the divine, then the vivid tableaux vivants of 16th-century Spanish painter, gave the faithful a sense of direct access to the scenes he depicted. 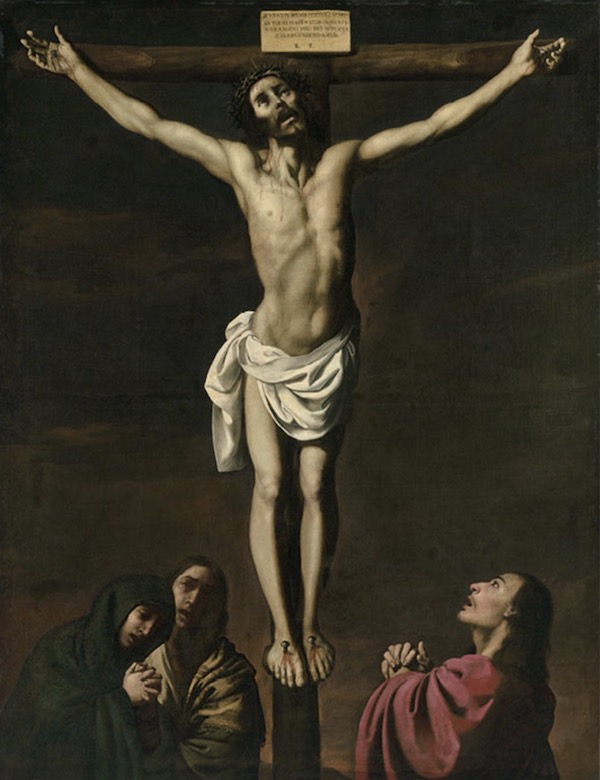 While there is work included by the likes of Lucas Cranach the Elder and Sir Anthony van Dyck, the exhibition, once it has established realism as the primary mode of Christian expression in the West, is then keen to arrive at the beginning of the modern period to show how the European legacy of religious painting was reborn and redefined in post-war and contemporary art.
The argument made is that the wide range of work on display in Sacred Noise makes clear that, if divinity was long the anchor of human existence, its artistic unmooring in the 20th century has opened up endless new interpretative horizons. These interpretive horizons involve a move from realism to expressionism, abstraction and conceptual art while engaging with the sense that nothing is considered sacred — or scandalous — any more, the idea that art, science and money have come to supplant religion in the West, and the rejection of a divinity that leaves us tormented, forsaken and horrifyingly alone in a godless world. 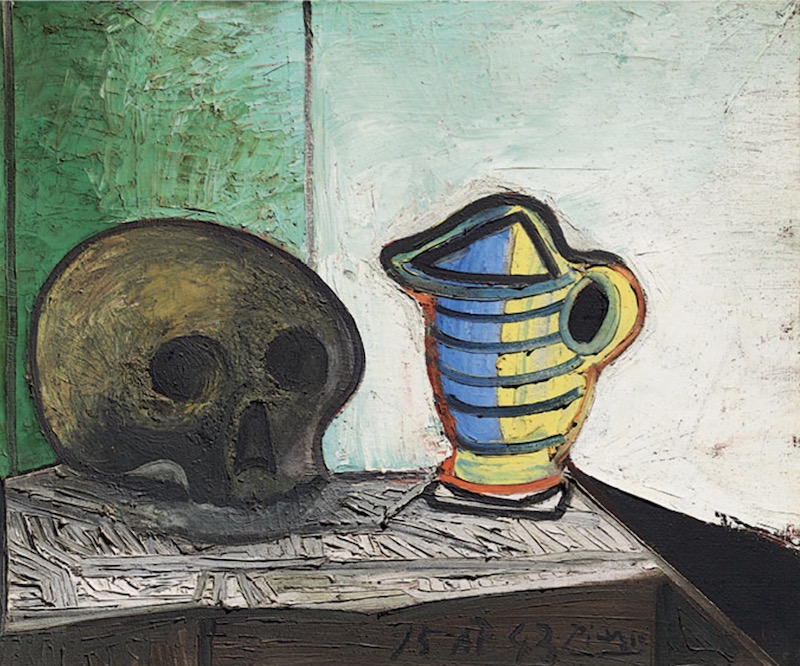 Francis Bacon, Lucio Fontana, Andy Warhol, Damien Hirst and Maurizio Cattelan are cited and shown as being just a very few of the artists who shook the canon through their engagement with religion. However, there are issues with this selection of artists and with the argument made here through their work.

Firstly, the response of these artists is more nuanced regarding religion than the exhibition allows. Bacon said that he could find no other subject as valid as the Crucifixion to embrace all the nuances of human feelings and behaviours that enabled him to think about all life’s horror. For Fontana, his Fine di Dio series rejected earthly images of God and symbolised instead the apophatic God, ‘infinity, the unfathomable, the end of figuration, the principle of the void.’ From the early 1980s onwards, religious imagery surfaces in Warhol’s art with his confronting of his own mortality giving way, as the exhibition catalogue states, to an interest in redemption and salvation. Biblical references also come to feature in Hirst’s art through his sense that the Bible has ‘great stories’ which ‘you can use … to find out what your life actually amounts to, in the end.’ Cattelan states that, as one who grew up singing in the church choir, his work is not anti-Catholic, but a way to ‘open people’s eyes to the faux sensibility of a culture where nothing is really considered either sacred or scandalous anymore.’ The work of these artists does not simply indicate the death of God among artists or society, as this exhibition, at points, wishes to suggest. 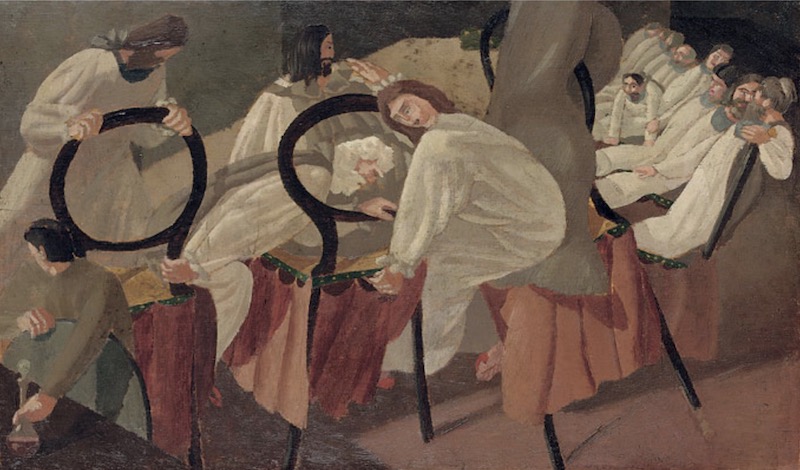 Secondly, the exhibition seems to make clear that this argument is only sustainable through its selective choice of artists. Of those 20th century artists exhibited here, only Eric Gill and Stanley Spencer are artists uniformly acknowledged as those creating from the inspiration of their faith. Yet a different selection of artists – Arthur Boyd, Marc Chagall, Maurice Denis, Makoto Fujimura, Albert Herbert, David Jones, Colin McCahon, John Piper, Georges Rouault, Gino Severini, Betty Spackman, Graham Sutherland, Paul Thek, Vincent Van Gogh, among others – could easily result in an exhibition to support the argument that the relationship between art and faith has been relatively close and positive in the modern period.

Themes of religion, faith and divinity have pervaded art throughout the centuries. The 20th-century did see the reinterpretation and subversion of those themes. Yet, the rebirth and redefinition of the European legacy of religious painting include much that is affirming of religion, in addition to much which challenges its basic premises and history. This exhibition has more of the latter than the former. I would suggest that, at present, the story of art which has continuity with de Morales, Zurbarán and Cranach is the road less documented and therefore, because of its hidden treasures, is currently the more interesting story to tell.