The Sam Jackson-Derek Ridgers show currently on view at Charlie Smith London, and due to be seen next April again at the Galerie Heike Strelow in Frankfurt, carries with it a curious echo of the Soutine show, now on view at the Courtauld Gallery.

The Soutine exhibition is a series of portraits of members of a particular segment of the early 20th-century underclass – images of personnel who worked in various roles, in the kitchens, and also front of house, in the grand luxury hotels of the time. Plus a few more portraits of women who were servants in the – one suspects equally grand – homes of some of Soutine’s wealthy patrons. 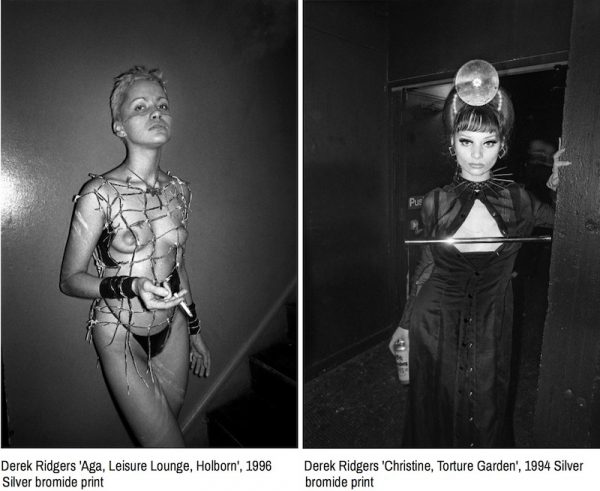 Ridgers has become famous for his photographs of members of various urban sub-cultures based in London, from the 1970s onwards. Things that didn’t exist in Soutine’s time.

In an interview included in the exhibition catalogue, Ridgers says: ‘The big motivating factor for me was ultimately seeing interesting looking people on the street – sexy girls and tough looking guys. And wishing I was either like them or with them, you know, one or the other.’

Sam Jackson’s painted portraits of young people, often young enough to be described simply as children, take up this fascination with being, yes, visibly human, but outside the accepted norms, in another way. An image of an innocent looking young boy has scribbled over it the words ‘Too weird to live. Too rare to die.’ Under that, written much smaller and in the darker paint, there is another graffito: ‘I will love you forever whatever happens.’

What the two sets of images, Ridgers’s photographs and Jackson’s scribbled over portraits, have in common is their sense of enforced estrangement – of the creator of the image being an outsider, whether he likes it or not. 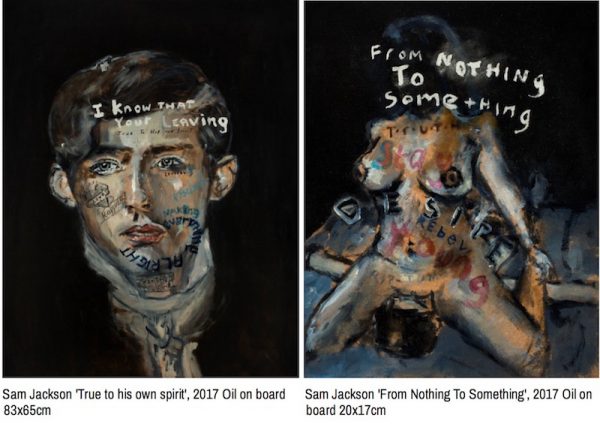 Soutine’s Expressionist portraits of servants and underlings, people who contribute to the pleasures of the rich, but remain facilitators not participants, do nevertheless share certain qualities with these more recent images, though the comparison also seems to suggest how much urban society has changed in the course of almost a century.
True glamour is t, as it wasn’t to nearly the same degree in Soutine’s time, to be found in the street, not in some temple of luxury.

What interested me particularly about this show was its timeliness. Not merely the two sets of images, apparently so different from one another but chiming together in a variety of ways, but the comfortable way in which both series inhabit the now, or at least my own subjective idea of what this now actually consists of, as opposed to the kind of descriptions I get from supposed (usually self-appointed) custodians of contemporary culture.

The fact is that, while the two artists clearly perceive themselves as being outsiders, looking from the margin at what is happening, for me they are insider witnesses telling me what things are really like in the urban world we inhabit.