London Grads Now, the new show currently on view at the Saatchi Gallery, won’t be with us for long. It is due to close on 25 September. It replaced the Tutankhamun show, which couldn’t be prolonged, and now occupies the main spaces in the building. It’s in several respects an ironic sort of enterprise. For example, King Tut, so famous now, was a very young, rather inconsiderable figure when he died. The very fact that he was inconsiderable helped to preserve his tomb, and all the riches hidden within. When the tomb was rediscovered, more or less intact, in the early years of the 20th century, its glittering contents made him more celebrated than any of his predecessors, or indeed successors, as rulers of Egypt.

Right now, his successors just graduated from seven of London’s major art schools, make an interesting impression. They arrive at a moment of terrible crisis for the visual arts when many of what seemed to be established, norms are being changed. In particular, the doctrine embraced by the two London Tates: that the true purpose of really contemporary art is to bring us all together ‘to have an experience’. No sign of that here. The show consists very largely of pictures on walls, interspersed here and there with a few dinky little videos. Of environmental artworks, there is not a trace. 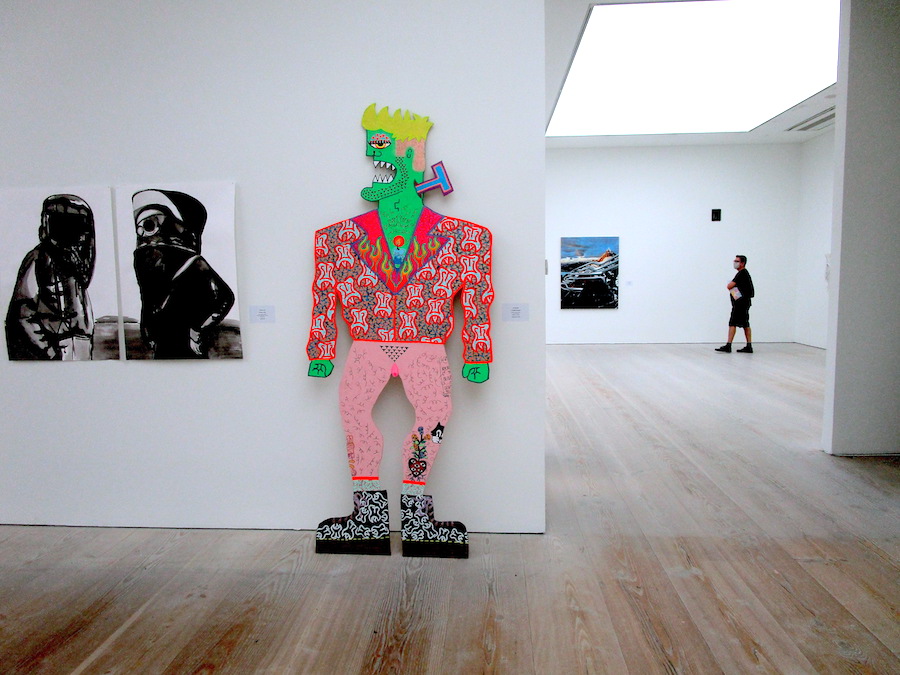 Also striking is the lack of emphasis on sex, or on gender. You have to look at the wall-labels to discover who the artists are, and those usually don’t tell you much. London art schools have long attracted a roster of foreign students. In fact, those who have helped to sustain the system financially. When the young artist concerned has a Chinese name, for example, as several artists here do, it is usually impossible for non-Chinese spectators to know which gender he or she belongs to. Still less so, which gender he or she identifies with.

From time to time, because the majority of the works are figurative, it is possible to guess that some of the artists may have African blood. The names on the wall-labels may occasionally seem to confirm this, but most often don’t. The long history of European colonialism means that many people of indubitably African origin now have impeccably European names. A theme of the exhibition seems to be: ‘Don’t bother to look at me personally – look at my art. That should tell you what I want to communicate.’.

All of which seems to run contrary to the current obsession, in official British culture, with questions of sex and gender. Also, with race. There is to trace here of the compulsive wish to make it up for past wrongs. And – whisper this – to, at the same time, parade the fact that one is doing so. 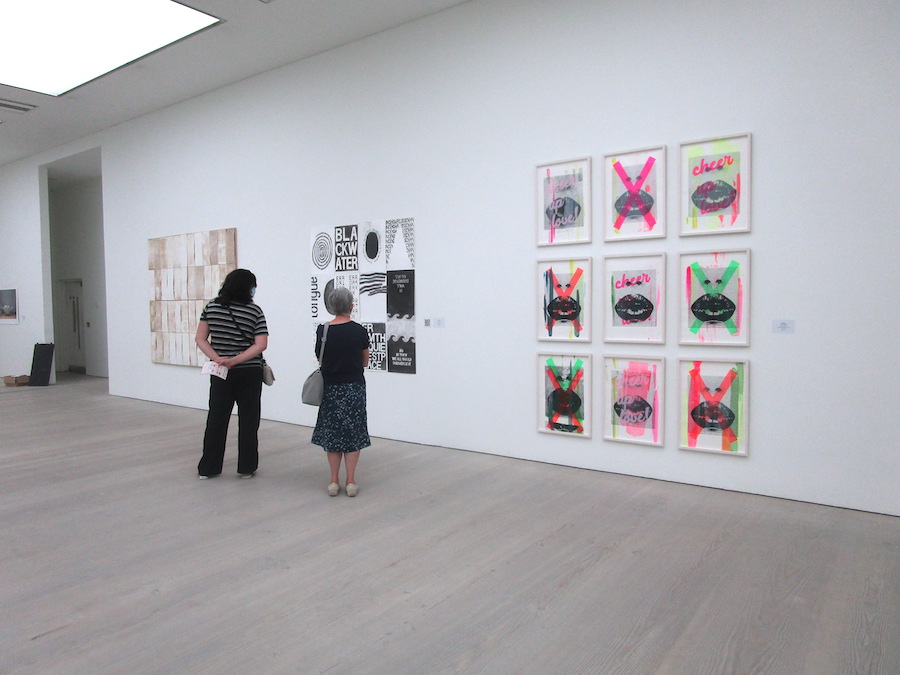 In many ways, London Grads Now seems to mark a reversion to the state of things as they used to be. It is quite various. No single strong stylistic impulse seems to manifest itself. The emphasis on figurative, as opposed to abstract, art is part of a new conservatism. It is also part of the current movement towards using the visual arts as an instrument for social commentary. The irony is, of course, that when the Soviet Union fell, art here in the West suddenly no longer needed to stress its indifference to social themes. Donald Judd for example, while still revered, nevertheless now seems to be an increasingly remote figure.

As a text from the Museum of Modern Art in New York tells one: ‘Judd sought autonomy and clarity for the constructed object and the space created by it, ultimately achieving a rigorously democratic presentation without compositional hierarchy.’ In today’s context, the use here of the adjective ‘democratic’ begins to seem a little odd. Judd’s art was not made for the many and did not speak to the many.

Young artists now live in a different universe. They are engaged in a dialogue with the society they live in, even though they also seem to be trying to renounce some of its more conspicuous shibboleths.\

Following the unprecedented cancellation of graduation shows across London due to COVID-19 restrictions, Saatchi Gallery with the generous support of Kristin Hjellegjerde Gallery, invited students and lecturers to organise this rare exhibition.