The Ashmolean Museum’s autumn exhibition Spellbound explores the timeless cross-cultural belief in magic through 180 objects – often strange and chilling – from the ritualistic, to the totemic – including crystal balls and mummified cats – the show also includes three works of contemporary art that explore not only how our ancestors used magical thinking to feel in control of their existence, but how we still use that thought process today.

In some ways the exhibition is an unsurprising choice, given that the Ashmolean’s director, Dr Xa Sturgis, was once a magician called “The Great Xa”; and the museum’s founder, Elias Ashmole, was a university astrologer who worked for King Charles II.

The display of objects range from the beautiful to the macabre: two supposed unicorns horns (in actual fact Narwhal horns), intricately carved magical symbols – an ancient human heart encased in lead – to the contemporary proof of magical thinking and the attempt to conjure our modern world in the form of the lovers’ padlocks cut from Leeds Centenary Bridge – a contemporary act of ritualistic magic, appearing in a western secular society.

The exhibition also includes three specially commissioned works by contemporary artists, Ackroyd & Harvey, Katharine Dowson, and Annie Cattrell; each work is a response to this magical perspective and the often-unsettling themes that surround it. 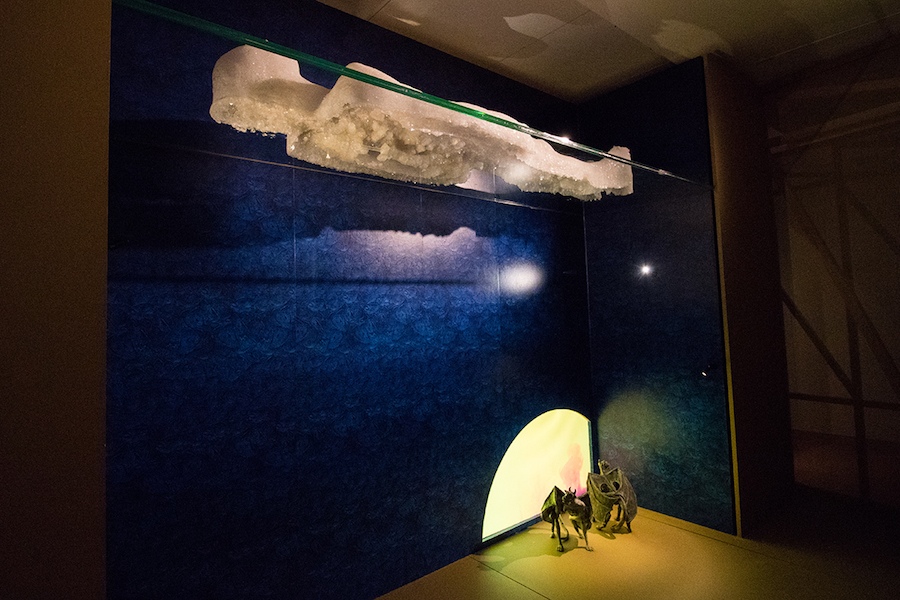 Ackroyd & Harvey’s work ‘From Aether to Air, 2018′, conjures a medieval universe beset with angels and demons; a world to be navigated with caution – the artists’ work possesses a Beusyian conceptual use of materials – in the form of a contemporary act of alchemy; potassium sulphate, iron filings, and sulphur evoke the fires of hell and the corruptible flesh – as a crystalline human form appears to ascend towards the heavens – and away from the medieval terror of crouching semi-anthropomorphic devils.

Katharine Dowson’s installation, ‘Concealed Shield, 2018’ exists inside a symbolic chimney – a location for totemic objects of protection; where magical thinking was used to protect the home from demons, spirits, and witches – instead of concealed individual totems, the viewer is met with a large crystal heart pierced with red beams of shifting light – evoking a contemporary medical understanding of the human body, and juxtaposing it with the mysterious forces of the occult; as the sounds of scurrying inhuman creatures play in the background. 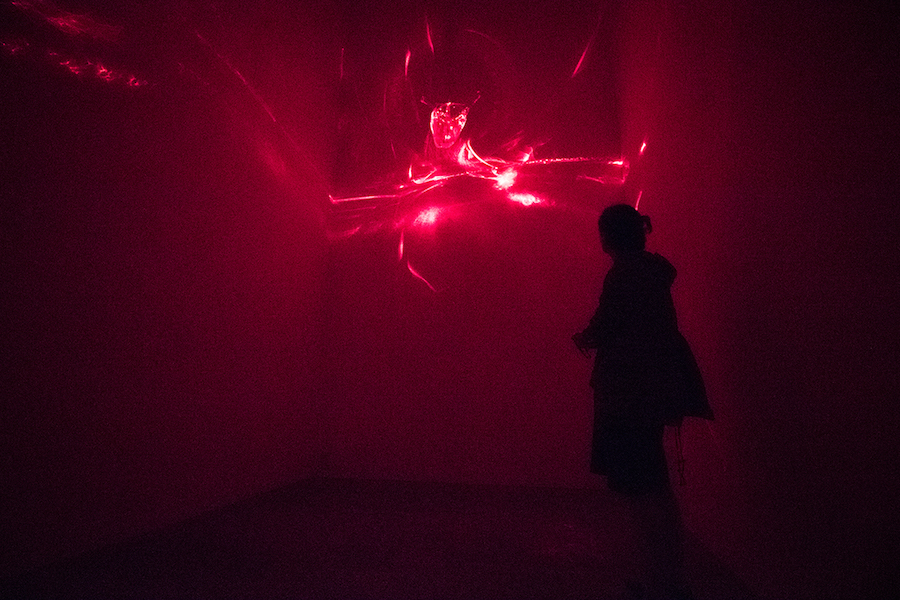 Finally Annie Cattrell’s work ‘Verocity, 2018’ consists of a number of domestic objects branded with various magical symbols and words burnt into the wood, and a rather ethereal video installation – works juxtaposed with the sad and moving confession of a woman accused of witchcraft – this persecution of what was primarily women is explored through the slowly growing flames of accusation, as suspicion builds from a small black and white flame – in Cattrell’s video installation – into an explosive conflagration of heat and the hysteria of perceived guilt. 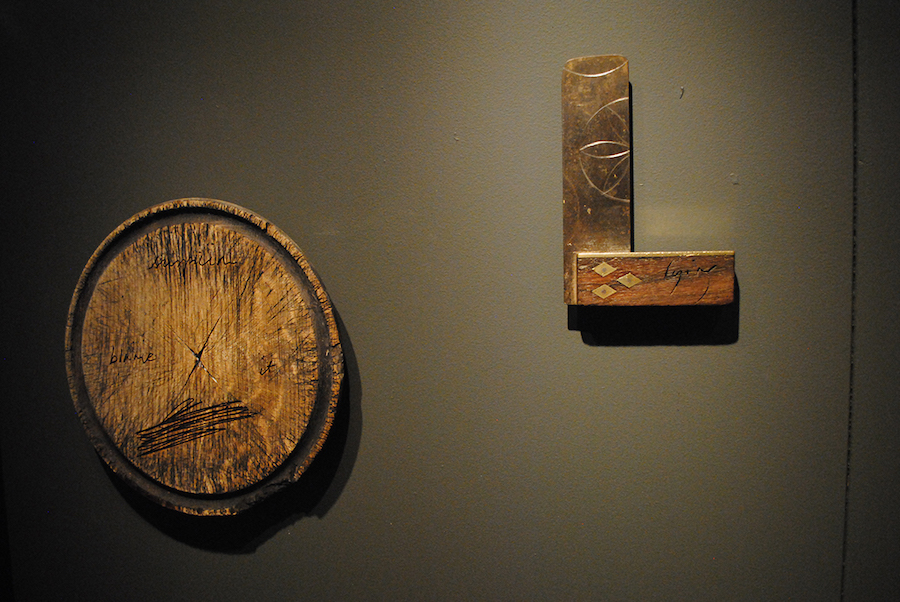 Spellbound is about finding meaning in a world that our collective intelligence doesn’t really understand; instead of being disturbing for the reasons one might expect – it is in fact a little sad – a struggle to guard against misfortune; to try and understand and prevent the deaths of your children, to understand disease and destruction. The contemporary works on display reflect that magical thinking, and that we still possess it today.

The first object in the exhibition is a silver bottle, on loan from the nearby Pitt Rivers Museum. The bottle was given to the museum in 1915 by an old woman in Sussex, but it was handed over with a warning: “They do say there be a witch in this and if you’re let un out there be a peck o’ trouble.”

To this day the bottle has never been opened. Would you open it?