Artlyst has attended Talking Maps, a new exhibition at the famous Bodleian Libraries, Oxford – a celebration of maps throughout history – this exhibition Juxtaposes some of the iconic treasures from the Bodleian’s vast collection with the contemporary works of British artist Grayson Perry, and the fictional cartographic creations of C.S. Lewis and J.R.R. Tolkien. 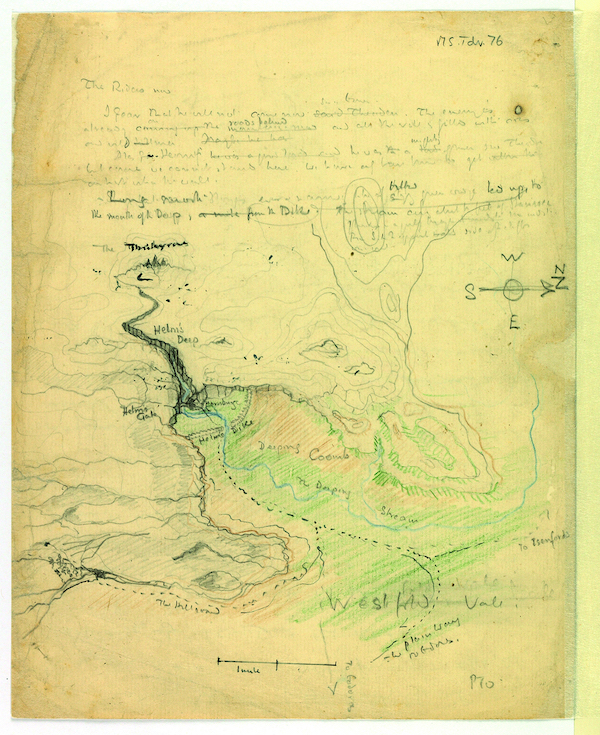 The exhibition – curated by Jerry Brotton, Professor of Renaissance Studies at Queen Mary University of London, and Nick Millea, Map Librarian at the Bodleian Libraries – posits that maps are in fact creative objects reflecting more than mere geographical perception.

As our subjective position in the world perceptually informs our reality, is this idea reflected in the history of map-making? An aspect of that premise is explored by Grayson Perry’s etching ‘Map of Nowhere’, (2008), in the circular form of a medieval mappa mundi with a self-portrait of the artist at its heart, satirising the subjective self as the centre of the universe, Perry’s ultimate selfie; a humorous reflection on contemporary social-media-driven narcissism.

The artist also highlights the geocentric model of the universe that seems to have applied to the subjective nature of the cartographer; it seems that psychologically, we have always stood at the centre of the map looking out. 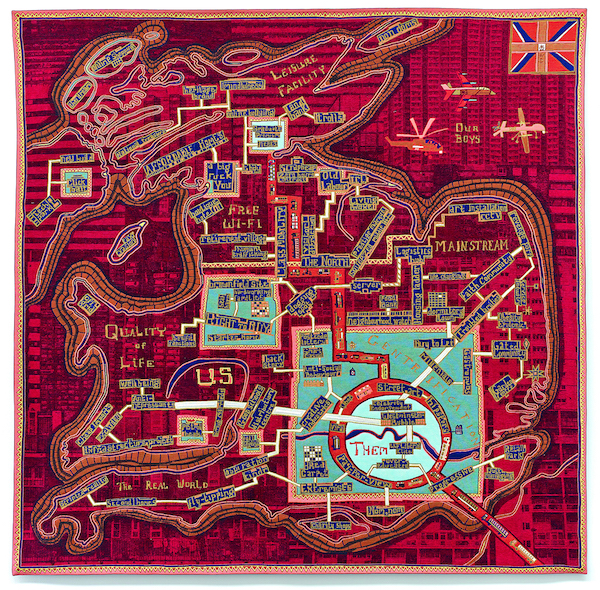 The exhibition also features works that have never been publicly displayed before; these include a surviving fragment of the Sheldon tapestry map of Gloucestershire; one of a set of four 16th-century tapestry maps – forming a relationship with Grayson Perry’s socio-political dialectic ‘Red Carpet’, (2017) of a distorted post-Brexit Britain – and a Tibetan thangka, a Buddhist ‘map’ showing the path to personal spiritual enlightenment; journeys from the physical world to the metaphysical, as we enter into mapping the socio-political and ethereal alike. 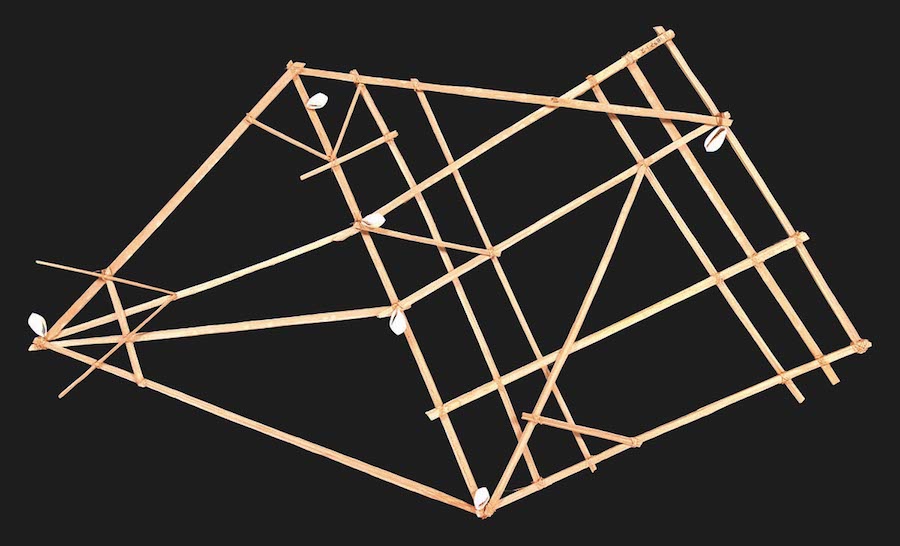 There is also a relationship between the map and its geophysical environment, where maps are transformed into three-dimensional objects, as with the Marshall Island stick chart dating from 1896; made from wood, and coconut fronds tied together, with shells to designate islands on the map, each stick represents the ‘swells’ of the ocean.

Another work transformed into the three-dimensional for this exhibition is Muslim geographer al-Sharif al-Idrīsī’s world map. Considered one of the greatest works of medieval map-making. The circular map was first published in 1154 in Al Idrisi’s book, the Nuzhat al-mushtāq (‘Entertainment for He Who Longs to Travel the World’). Created in Sicily, it was commissioned by Sicily’s Norman ruler King Roger II, who had the map engraved on a silver disc weighing 300 pounds. Here we discover an unexpected relationship between the geophysical, the map, and the sculptural. 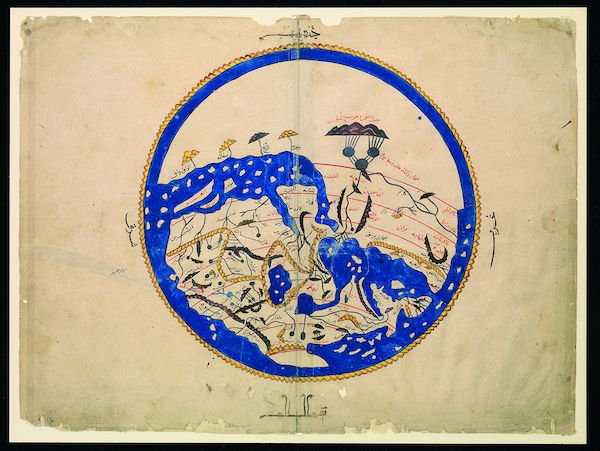 The exhibition exemplifies maps as subjective proposals on the nature of reality and our relationship to the world in all of its facets; subjective, spiritual, political, cultural, and even fictional explorations of narrative. The addition of contemporary art to the exhibition highlights the influence of the imagination throughout the history of map-making.

The history of mapping the physical, political, and spiritual world is not a cartographic representation of where we happen to exist, but where we happen to ‘believe’ we exist – the map is a subjective truth, that changes with every redrawing, an existential signifier informing our very identity.