The museum, which opened last September, boasts the largest collection of the inimitable photographer’s works, exhibiting pieces from throughout her career spanning nearly half a century. The exhibit will be the first major solo show for the artist in Los Angeles since 1997, an appropriate locale for images with much to say about celebrity and the influence of the media on popular culture. 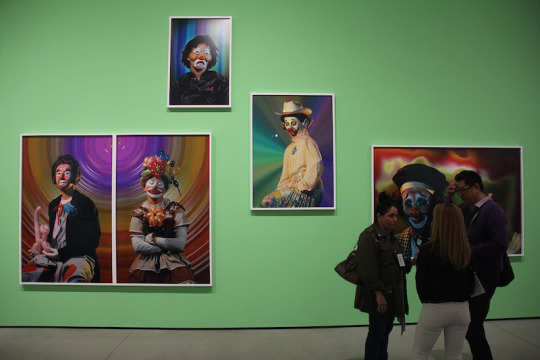 The collection the museum has amassed is expansive, featuring images covering everything from her classic Untitled Film Stills to the local debut of her newest series. It also includes her 1997 comedic horror film Office Killer and audio tour featuring celebrities such as Molly Ringwald and John Waters. In addition, the museum will be presenting a late night Sherman-inspired film series Doll Parts, featuring works which relate to the artist’s influences and heirs apparent. 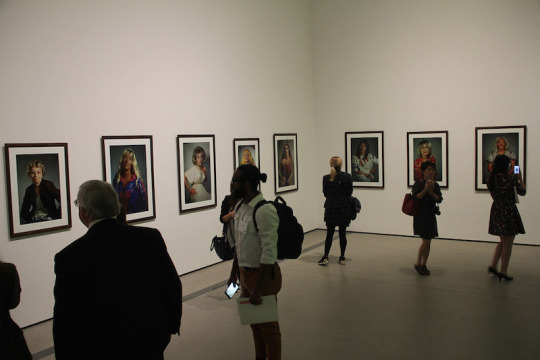 The exhibit is a lovingly presented retrospective, with the Broads proving themselves one of Sherman’s greatest champions.  Eli and Edythe Broad visited Metro Pictures, an art gallery in New York, in November of 1982 and found themselves enamored with Sherman’s images.  There, after purchasing twenty of the young artist’s works, they established themselves as lifelong patrons. Living in New York as a young woman deeply influenced Sherman. In the 1994 documentary Nobody’s Here But Me, she explains she learned very quickly to adapt “because in order to feel comfortable you need to present a street persona to avoid [discomfort]”. Her experience in the city primed a chameleonic habit which informs her aesthetic and imbues it with the feminist connotations with which she has become associated. Themes such as the male gaze, fashion, and celebrity often treat the viewer as a voyeur, and simultaneously the pieces suggest an undercurrent of wry humor. Sherman’s use of herself as a canvas belie an artist fascinated with the nature of artifice, seen throughout the show in her use of prosthetics intentionally undisguised and gaudy, messily applied makeup. In her series of historical portraits inspired by classical artworks, she reinvents herself as a nobleman with a comically oversized nose or a iconographic maiden with plasticine breasts bursting out of silk robes. Her brief departure from portraiture, the reactionary Disgust series, is featured as well, and explores her darker undercurrents with disturbing and sometimes brutally beautiful collages of disembodied anatomical body parts, blood, and guts. The final portion of the show presents the artist, now sixty-two, exploring themes of aging and celebrity. The images, which have never been shown in Los Angeles, present silent screen starlets seeminly posing for publicity photographs, and are shot in digital format. Reminiscent of her early work using rear screen projection, they document an artist who clearly has quite a bit more to say, and we are lucky for the opportunity to listen.