The GHost Parlour, Sarah Sparkes’ solo exhibition at New Art Projects London, intimately explores the theme of ghosts and spirits, a subject which has fascinated Sparkes and been the centre of her artistic practice for many years. The exhibition comprises three sets of works: one film, numerous rounded collages and prints made on wallpaper and the GHost Tunnel, one of Sparkes’ most significant installations created for FACT (Foundation for Art and Creative Technology) and here exhibited for the first time in London.

Sparkes’ film, Time You Need was the recipient of the MERU ART*SCIENCE Award and is now part of the permanent collection of GAMeC, Galleria d’Arte Moderna e Contemporanea in Bergamo, Italy. It recreates one of Sparkes’ performances where, through a hypnotic-like process, she encouraged people to get to the Time You Need, to re-visit, in their minds, a moment of their past in order to detach from the hustle of daily life. The film explores themes of time travelling as a journey into our own internal black hole and mixes scientific theories with popular representations. At the same time, the handmade special effects and dreamy aesthetics reconnect the film to the rest of Sparkes’ artistic practice. 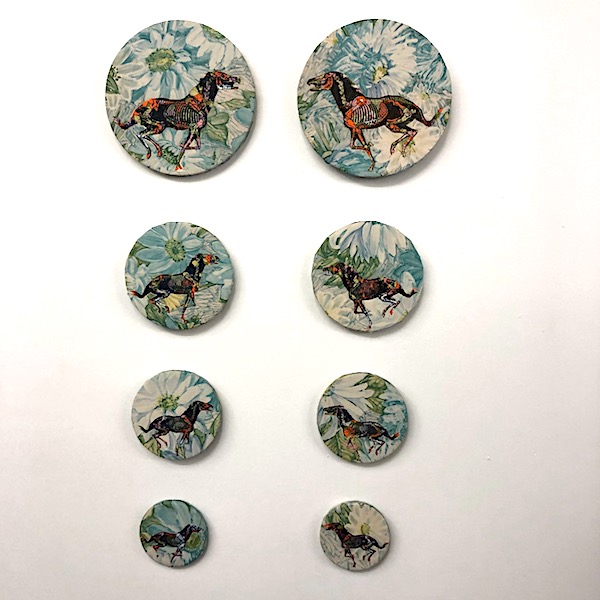 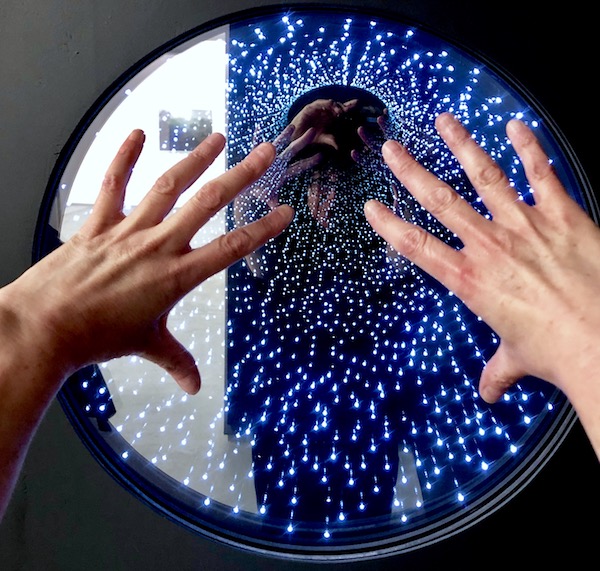 The series GHost-dance – David Soul and Crazy Horses have been made by Sparkes using the remaining rolls of wallpaper that covered the walls of her childhood home, creating a powerful connection between her past and her present artistic practice. The subjects printed on these small circular panels include one of the most famous cases of possession in popular culture, The Enfield poltergeist case from the 1970s which involved a teenage girl, Janet, who was alleged to be possessed by the poltergeist of an old man. However, Sparkes also chose to include scenes from other cultures, such as Native Americans ghost dancers trying to bring back the victims of the western invaders, Neolithic field monuments and portraits of key figures from early 20th-century psychical research. Another series of circular works, Crazy Horses feature repeat motifs of skeletal horses. While the first set was made with digital prints, this series is more physical and involved cutting and embedding the images in the wallpaper, to have a more direct connection to the wildness of the subjects: ‘Everyone needs, every now and then, stampeding horses running through their living room’, Sparkes says.

The final artwork is the GHost Tunnel, an installation from 2016-17, part of No Such Thing A Gravity curated by Rob La Frenais, which toured to the National Taiwan Museum of Fine Arts. This seemingly never-ending tunnel questions the notion of space and depth, and also stands as a metaphor of life and death. It represents that same black hole we all have in ourselves, as while we look in the tunnel we also see our image reflected on the glass: as if trying to understand what is at the end of the tunnel would also make us understand better our own selves.