After various adventures away from its traditional subject-matter – the recent Michael Jackson show being a case in point, the National Portrait Gallery returns to familiar territory with a show devoted to Thomas Gainsborough, by general consensus one of the most brilliant portrait painters to have worked in Britain. Native-born into the bargain, unlike his predecessors Holbein and Van Dyck.

The show has a particular theme. Rather than looking at Gainsborough’s career in general, it looks at the likenesses he made of members of his own family, and at his self-portraits.

These are images where the artist didn’t have to pay any heed to the wishes of a patron. Like the landscape paintings that he also made, he produced them for their own sake – not for sale and for himself. No other English painter left behind him such as the legacy of family images. 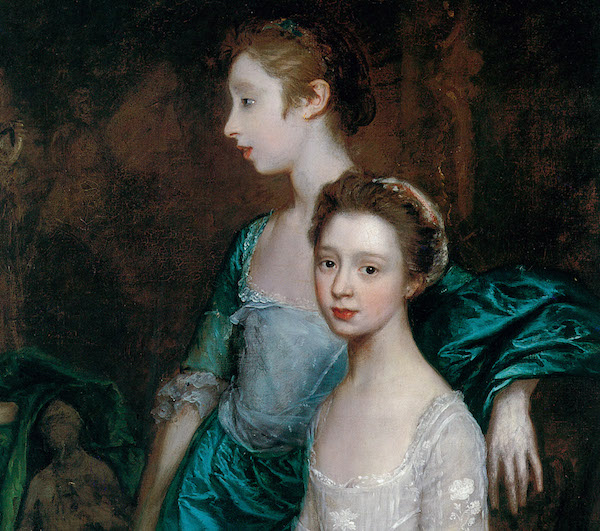 Gainsborough, who was born at Sudbury in Suffolk, seems to have had very little in the way of academic formation. His training, such as it was, he owed to a spell in London working with the engraver Hubert Gravelot. His first tentative step into the great world came when, aged 19, he married the illegitimate daughter of a Duke. This brought him an annuity of £200, settled on the couple by his wife’s father.

He began by painting mostly landscapes, then in 1752, now aged 27, he moved to Ipswich, a gradually built up a practice as a portrait painter. His clientele consisted of local merchants and the local; squirearchy.

He made a significant step up both the social and professional ladders by moving to the fashionable spa town of Bath in 1759. He started to exhibit his work in London, and in 1769 became a member of the Royal Academy, very soon after this was founded. He never seems to have felt completely comfortable there, but this made no difference to his ascent as a now fashionable portraitist.

In 1774 he and his family moved to London and established themselves in grand style in Schomberg House, Pall Mall. Gainsborough became a favourite of the royal family, painting King George III and his queen in 1780 and subsequently received many other royal commissions. He died of cancer in 1788, at the age of sixty-one. According to his daughter Peggy, his last words were the name ‘Van Dyck’. 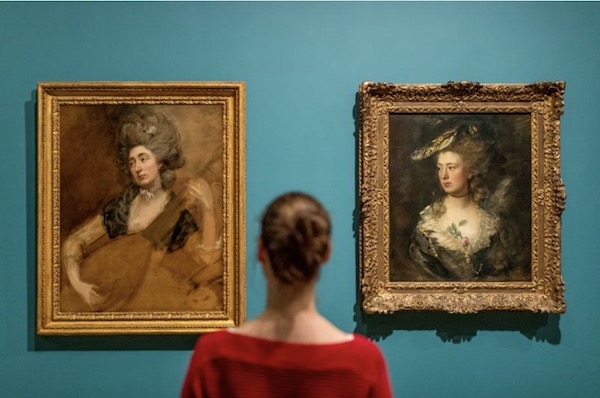 This narrative, taken at face value, is a solid success story. Gainsborough lived in a society that appreciated his talents, and the kind of art he produced fitted very smoothly into the society of his time. He never achieved the heights of renown that marked the career of a painter such as Sir Peter Paul Rubens, another favourite of royalty, but compared to the fates of quite a number of other artists now remembered fondly by posterity, he had little to grumble about.

What is touching about this show at the National Portrait Gallery is its subtle air of unfulfillment. In these likenesses of those close to him, he was able to paint in a way that was forbidden to him as a brush for hire. These are free, fluent works, often, it seems, left at least slightly unfinished by the standards of Gainsborough’s old time.

The paradox here is that precisely the qualities that a modern audience most admires in these paintings – fluency, spontaneity, a feeling of total intimacy with the subject portrayed – are those that Gainsborough couldn’t display in his more public works, though he did, it seems, sometimes show one or other of his portraits of his wife to intending clients as an indication of what could be achieved.

Another paradox is, of course, that one of the things that at least part of the modern audience most likes in what Gainsborough produced is its immunity to the thirst for visible originality – originality at all costs – that characterises so much of the art of now. Here is intimacy, but not the slightest trace of a desire to shock. This, whisper it, comes as a relief. Nothing here to rattle your bones, Just stand and look.