Damien Hirst’s Newport Street Gallery has a new show entitled True Colours. It shows that Damien-the-art-patron is up to his usual mischief, thank God. It features three artists, all female. So far, so politically correct. Two are British, one is American. None of the artists is well known. None is really young. The oldest of the three, Helen Beard, was born in 1971, and is therefore in her mid-forties. The youngest, Boo Saville, was born in 1980. Compared with the ‘emerging artists’ one meets in other art worlds, they are therefore quite senior. This may reflect the intensity of the competition here in London. It may also reflect the fact that women artists are still at a disadvantage when it comes to making a name for themselves. 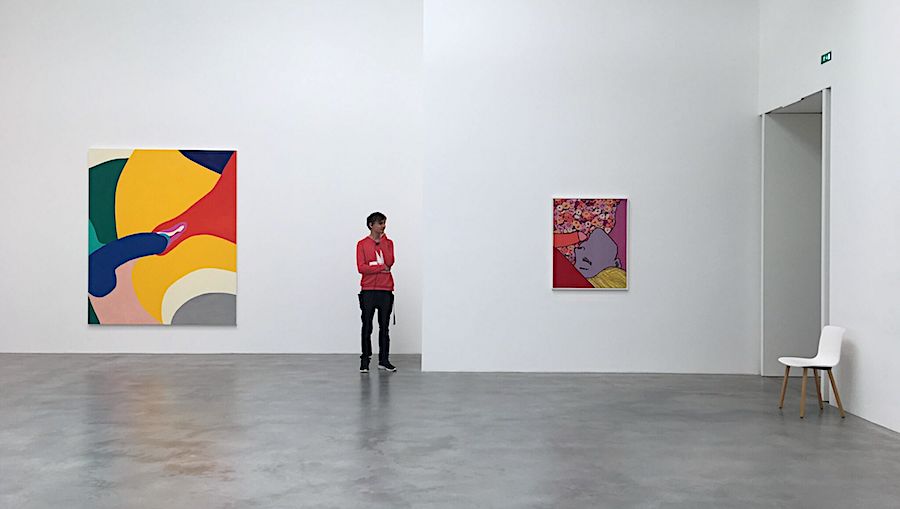 Mostly paintings with this kind of subject matter tend to be the work of male artists. The fact that the painter is in this case a woman seems to mark a tipping point. The message is that there is now plenty of room in the contemporary art world for bad girls as well as for bad boys. Damien, who has well established bad boy tendencies himself, has been quick to pick up on this. It’s worth noting that all the paintings included in this exhibition – not only those by Helen Beard but also by the American Sadie Laska, and those by her fellow Brit Boo Saville, come from Hirst’s now vast personal collection. If this accumulation one day falls into the lap of some grandee British institution, as seems not entirely unlikely, it will be interesting to see how they deal with works of this sort. The crucial moment may be a long time off – Damien, I hope, still has many years of mischief-making left to him – but will the puritanical tendencies so traditionally ingrained in the British art world, and (as it happens) enjoying quite a strong revival right now – have gone away when the moment comes? My guess is very probably not. 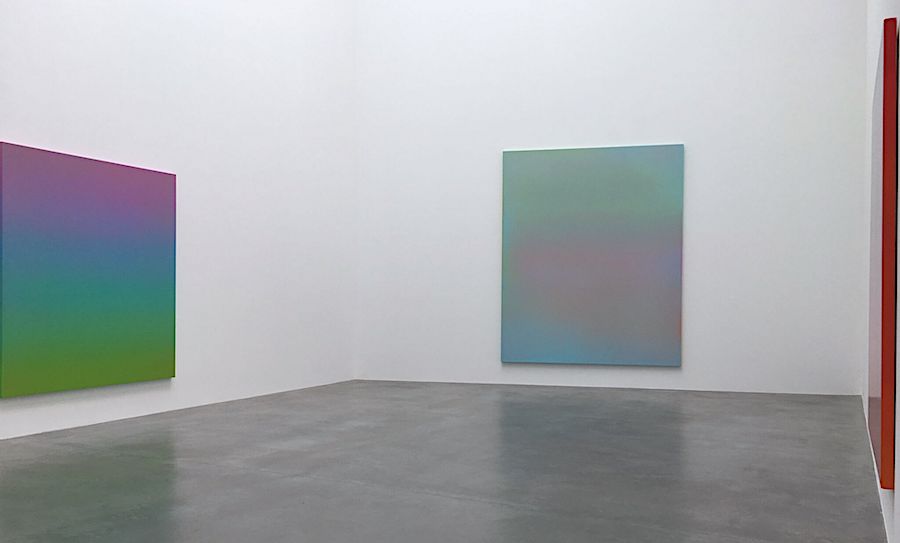 This work, and Saville’s other figurative monochromes make a striking contrast with her huge but delicate abstracts, best described as ‘Mark Rothko, gone ethereal’. I was seduced by them, rather against my will.

While I’m sure that this was intended as a non-competitive exhibition – just three artists whose work a major patron happens to like – the two Brits have a slight edge over the American participant. Sadie Laska offers Modernist abstractions of a boldly confident kind, but they do nevertheless make me feel that abstraction in art is now stuck in a rut, with no way of going forward. Her paintings might have been made at almost any time during the past forty or fifty years, and it’s her bad luck that this is so. Her companions in the exhibition are wriggling in various ways to be free of this situation, Beard more obviously than Saville. As I say above, Saville’s big abstracts took me in some ways unawares. That’s always a good thing to happen to an art critic.