Exhibitions at the Zabludowicz and New Art Projects reviewed by upcoming curators who are students of Sarah Sparkes’ course How to be an Independent Curator course at Central Saint Martins University of the Arts London.

The shock of war. The traces of past lives. The tyranny of addiction. The suffering of species. All of these states speak to our essential vulnerability and are laid bare in a compelling show at the Zabludowicz Collection, In the Shadow of Forward Motion.
Vulnerability takes many forms. It can be felt, experienced and shared emotionally, physically and politically. And it can be visualised. The art shown here – in the stark, cavernous beauty of a former Methodist chapel – lays bare the various embodiments of vulnerability and challenges us to experience, question and explore our very own. 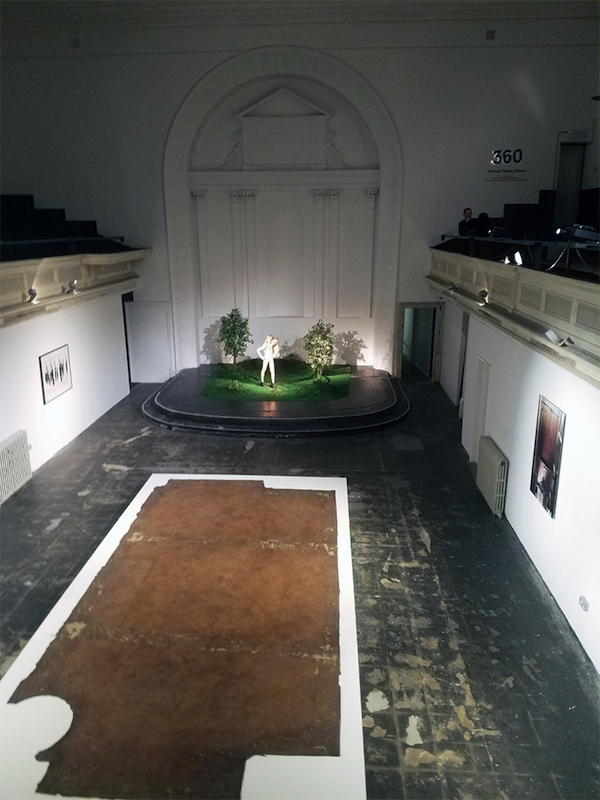 Vulnerability is evoked through photography, sculpture, video, and installation, all of which were created before 2001. As one of the curators, Lucija Šutej, explains: “We are using artworks from the past to depict the present. The show looks at how vulnerability as a phenomenon has not really changed from 2001 until now. For example, refugees, minorities and marginalised communities are still in the same position today as they were twenty years ago.”

Šutej is one of the six international curators from China, Croatia, Italy, Malaysia and the UK (studying variously at Central Saint Martins, Chelsea College of Art and Birbeck), who have brought their cultural and curatorial perspectives to the interpretation of vulnerability.

Here is vulnerability as a concept and what lies beneath it: anxiety, shock, and insecurity. Ori Gersht’s photograph of neat shelves of books, Bookmarks from Afterwars Series 1998, Sarajevo (1998), serves as still life and meditation on the trauma and impact of war not only on humans but also on culture and knowledge. A similar ghostly essence permeates Heidi Bucher’s ‘Skinnings’, where plaster casts of flooring call up past lives and is a poignant reminder of the transience of our existence and the spaces we inhabit. A series of intimate photographic portraits of drug addicts by Larry Clark provides an unflinching look at the desperation of addiction and Barbara Hammer’s video piece demonstrates how communities were made vulnerable not only by the emergence of HIV/AIDs in the 1980s but also by the media’s biased and hysterical reporting of it.

Vulnerability is at the core of our being as humans. But the show reminds us that we are not the only species that is unprotected and at risk. Catherine Chalmers shows us the dark side of our relationship with nature with her black and white photograph of rows of cockroaches hanging from miniature nooses. They suffer because of us.

The spare architecture, empty spaces and low lighting of the chapel are an integral part of our response to the art in this show. And so it is only fitting that stills from Matt Collishaw’s unsettling slide projection ‘The Crucifixion’ hangs in the upper gallery. Watching over us. Challenging us. Questioning our vulnerability. – Words: Jane Ross

A year in the planning, ‘’Punish the Streets’’ opened its doors to the public on the 10th January this year. This collection of artworks is a record and testimony to the club culture and community centred on Dalston’s legendary VFD (Vogue Fabric Designs). Performance, fashion, lifestyle, colour, attitude, clothing, hairstyles, make-up, jewellery, gender exploration, nudity, self-expression are the central motifs through the exhibition. The work is a collective creative celebration of attitude; individual freedom, anti-sexism and gender equality. Predominant colours of black, white, red, shocking pink, fluorescent yellow gives an underground club vibe to the art space. For the viewer, these art pieces are a witness to ten years of VFD scene and club culture influences. 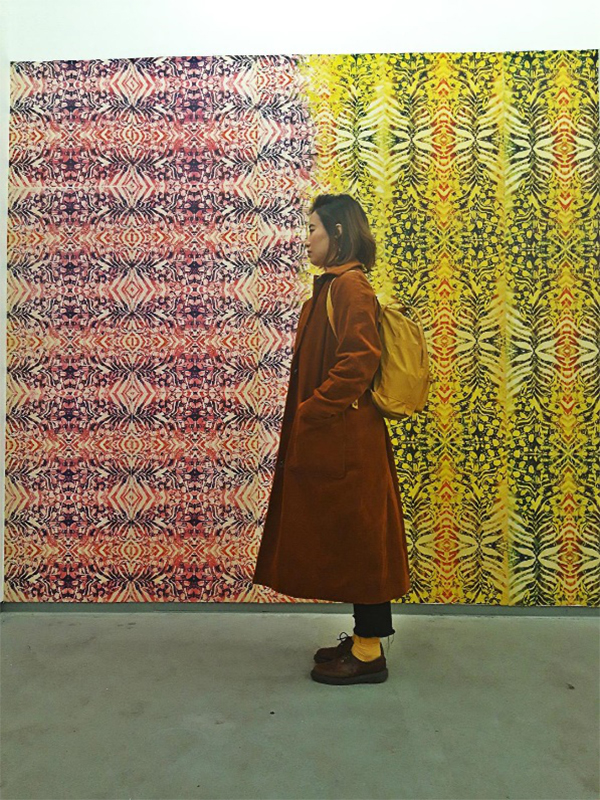 According to the VFD “Femmifesto”: “It is a place to make transgressive imagery, a home to the outlaw-rebel-visionary and a space to discuss the critical alteration of the oppressive status quo.” This attitude manifests throughout the exhibition through paintings, films, photography, drawings and installations.

The extraordinary performance costumes, ‘Fetish Totem’ by Laura Shepherd and ‘Fetish Totem 2’ by Lyall Hakaraia are suspended, like beguiling and slightly unsettling creatures from the ceiling of the first gallery space. A wall of assorted flyers, Jonas Ransom’s hypnotic ‘Yellow Snake’ wallpaper, and a “lost and found” clothes rail dazzle in the central part of the gallery space. The pink fluorescent light, illuminating the final room, its walls covered with photographs, brings us deep into the atmosphere of club culture. Here the visitor is invited to add to the work by adding their messages to the walls with post-it notes.

Loon, a video work inside a pillow, by Jenkin van Zyl, shows a human moving in a narrow pink and purple space. It gives an impression of a person dancing inside the blood vessel, the punk spirit is inside the body!

Sarah Sparkes has been teaching the short course, ‘How To Become an Independent Curator’ at Central St Martins, University of the Arts London since 2008. The course introduces students to the practical elements they need to begin independent curating themselves and is packed with useful information drawn from experience. There is some discussion of contemporary thought and writing around curating. Read more from Sarah Sparkes Here.