As the London art world heads towards its customary deep summer hiatus, various exhibitions manifest themselves that might not perhaps attract attention at a less competitive time. Once is a show of work by Bernice Sidney (1944-1983), on view in the Salon Gallery on the lower ground floor. The artist well well-known and very active in her own lifetime, with a string of exhibitions to her name. She was also a book illustrator and what would now be called a performance artist, but little has been heard about her since her untimely death.

The present show has a slightly unlikely pair of sponsors – the second-tier auction house Drewatts, and the high-end antique dealer Mallett. Compact and well selected, it shows that she has been unjustly forgotten. Some smaller works – prints – show that she was an elegant figurative draftsman, but the main meat of the show, is a series of quite large but not overwhelming huge abstract paintings, gradually moving away from any hint of figurative representation, but still continuing to hint that, somewhere under the painted surface there might just possibly be some kind of link with what the artist had observed in the world around her.

There is also, as the exhibition title Dancing with Colour suggests, a strong link with the world of music and dance. Bernice, as she was professionally known, studied classical ballet, guitar and flamenco.

In terms of stylistic development, the paintings bridge the divide between the early history of Modernist Abstraction, as exemplified by the Cubists, the Futurists and some of the Surrealists, and what we have now. Though the artist lived through the rise of Abstract Expressionism in America, it seems to have made no impression on her, and there is no trace of the arid Minimalism of the later 1970 and early 1980s – an impulse that still sometimes makes itself felt in abstract paintings being made now, more than thirty years later.

In this sense, not entirely a good one, Bernice’s work belongs to the past, not to today.

However, there is another aspect, which is that it illustrates the way in which women are regularly excluded from our narrative of the way in which art developed in the later years of the 20th century and continues to develop today. Women artists still tend to achieve recognition much later than their male peers. And if they have the misfortune to die fairly young, as happened with Bernice, they are often shut out of the story. 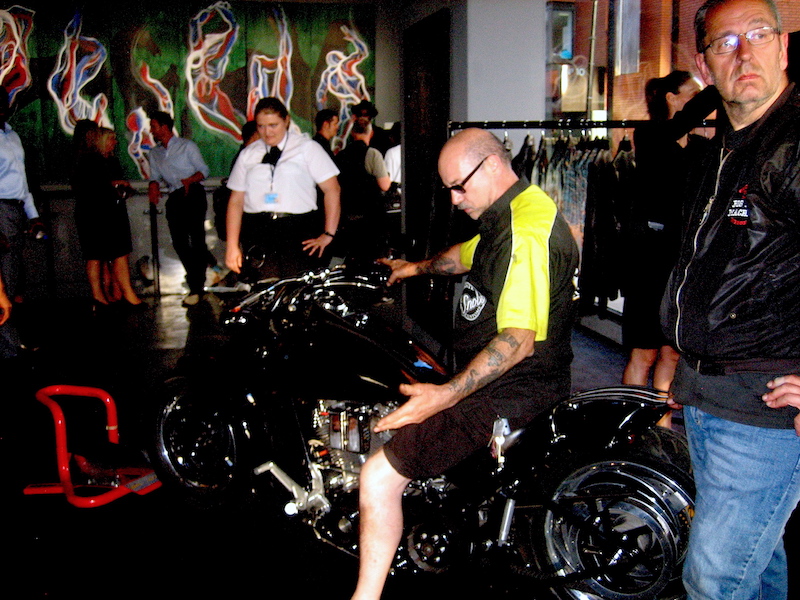 The work of the Iranian artist Ali Nedaei, presented as its second exhibition by the Cama Gallery in Dacre Street, a little away from the centre of the West End gallery district, is very different from that of Berenice, but in many ways equally anachronistic in terms of what is happening in contemporary London. The gallery aims to present Iranian art as it actually is now. That is to say, it offers work by artists who are not emigrés, but who live and work in Iran.

Nedaei offers exuberant historical scenes, quite often in monochrome – white line on a black ground. The subjects are often drawn from the ancient Iranian national epic the Shahnameh, written by the Persian poet Ferdowsi between c. 977 and 1010. It is still cherished by Iranians today.

The paintings are often very large and have an immense swagger to go with their scale. They have a lot of say for themselves, though the title of the show is Silent Myths.

Also present are a range of mannequins with heads constructed from mirror-glass, wearing leather biker jackets, which seem to be the contribution of a commercial outfit sponsoring the show. No objection: they make their contribution to an event whose real theme is the myth of masculinity.

As I was leaving the preview, a man on a real top-of-the-line motorcycle came trundling in.