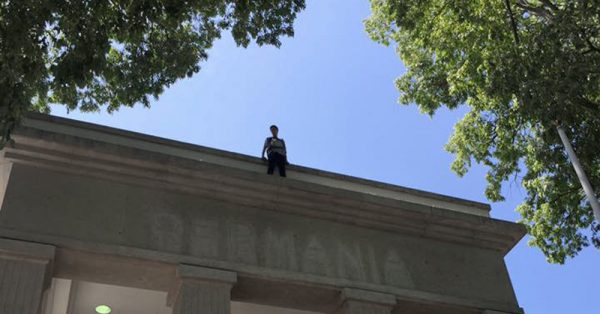 Anne Imhof’s performance installation at the German Pavilion has a lot of hype and deservedly so. ‘Faust’ has strong themes of power, control and submission throughout. Caged dogs and loud music plays from the pavilion; Berlin styled health-goth hipster performers appear on the roof parapets and stare down ominously at the bored queue on their iPhones; performers whip furiously in off-beat jerky club dance moves. The performance by the arch-antagonist Eliza Douglas, stripped to the waist, careening under the suspended glass floor, is unnervingly mesmerising. 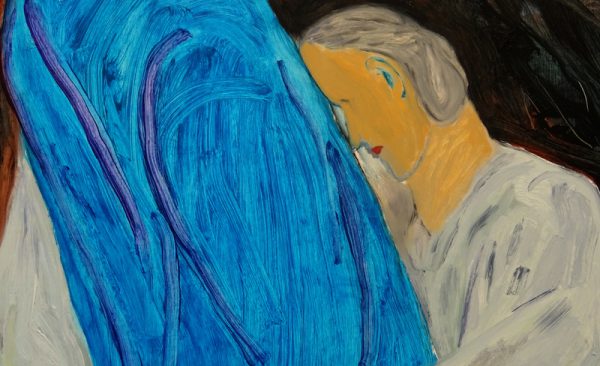 The Gardini can be overwhelming, but there are some moments in the 57th biennale that are genuinely rewarding. One is Hong Kong based artist Firenze Lai, who I’ve been following on social media, and it’s good to see her type of painting here. Her works have an immediate visual pleasure to them because of the way that she constructs the emotional narrative, and in real life, the painting is terrific, especially in the larger works on canvas where the size allows her to open up. There’s lots of invention in the way she uses the paint to describe space, volume and pathos. A quiet pleasure. 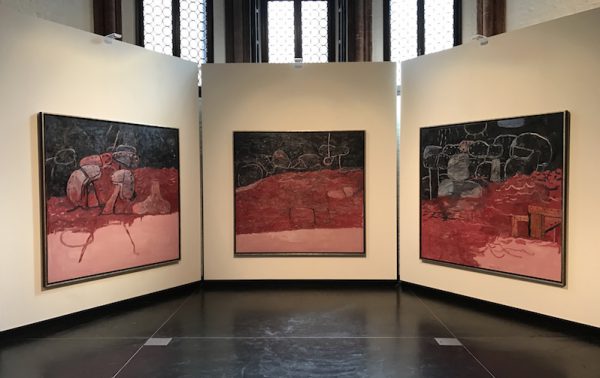 Philip Guston and the Poets

The hang and the lighting aren’t good and the ‘poets’ don’t really get a look in. That said, there are 50 paintings here and that makes it a great show. For me, Guston is best when I’m immersed in the paint. He has a persistent awkwardness and obstinate refusal to capitulate to convention that makes his paintings compelling. The way he makes the visceral pink by pulling white brush marks over wet red ground is ugly, but actually quite beautiful close-up. The silvery nature of the iridescent particles in the flake white drag and build up density. Elsewhere, passages of wet black heavy with medium over overlaid with dabs and lunges of heavily laden slippery paint that have picked up multiple colours from the palette. There’s a lot of Guston theorising out there; go and see it not for that, but for the painting. 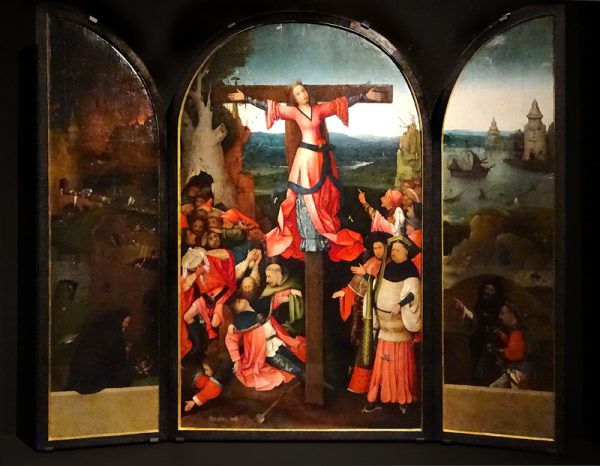 There are two triptychs and four panel works by Hieronymus Bosch, freshly restored and wonderfully vivid. They’re displayed in near darkness along with a collection of works by Northern European and Italian followers of Bosch. Each of the two triptychs are displayed in their own rooms, spot-lit so that the grandeur surrounding them is almost imperceptible. The exhibition is informative about how Bosch came to be influenced by Italian art, and this helps to contextualise the absolutely bonkers paintings of monsters, hell and damnation that follow. If you buy both tickets you also get to visit the prisons of the palace beneath the staterooms filled with paintings of the Council of Ten. Together it’s a brilliant display of faith, power, and terrifying visions. 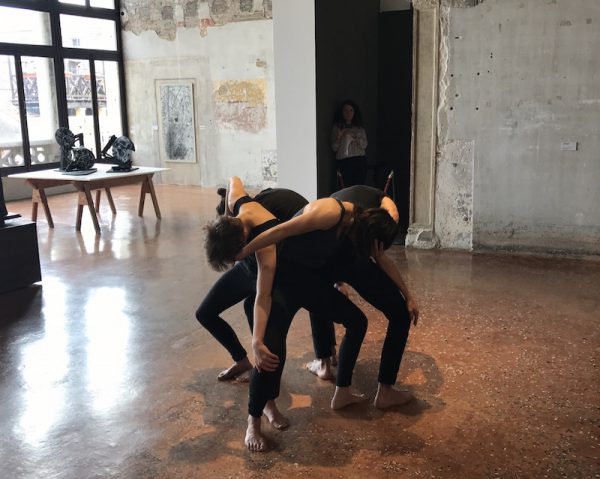 This isn’t an exhibition, but actually a display of a collection. Axel Vervoordt and Daniela Ferretti’s curation of the Foundation works is a masterpiece. Themed around ‘Intuition’ in artist’s practice, it looks at the way that artists work towards the unknown, searching for something as yet undefined. Beautifully hung with objects from history, modern and contemporary works subtly placed and sensitively lit within this crumbing Venice palazzo. Each of the rooms has been considered individually, using different methods and techniques to display a wide variety of important artist works. It’s a quintessential Venice experience, and perhaps the last time it will be at this location. 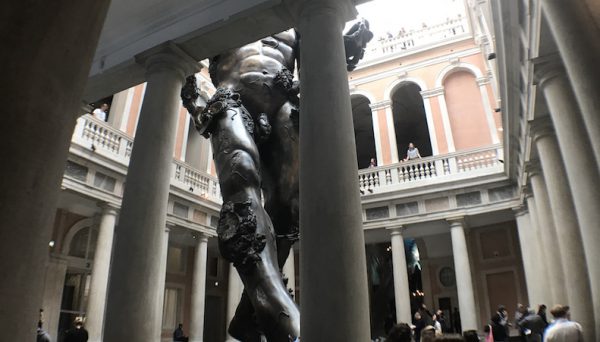 Damien Hirst Treasures From The Wreck Of The Unbelievable

6.    Damien Hirst – Treasures From The Wreck Of The Unbelievable at Punta Della Dogana

Is a rumoured £50 million build and installation the ultimate episode in Damien Hirst’s self-actualization as contemporary art’s most grandiose artist? Room after room of objects both stupendously large and small occupy three venues. The narrative of a treasure trove collected by a freed slave and lost at sea is perfect for the merchant history of the Lagoon of Venice. The works themselves slip and slide through cultural references that never stick. There’s Nubian, Egyptian, Roman, Greek, art history, pop culture, contemporary art and video games. Objects are encrusted with rococo coral or white alabaster. Many are produced in editions of three. Hirst orchestrates it all, managing hundreds of artisans producing artworks to a specific standard. Ultimately I feel overwhelmed by the atavistic capitalistic theatre of it all, but I think that’s the point. 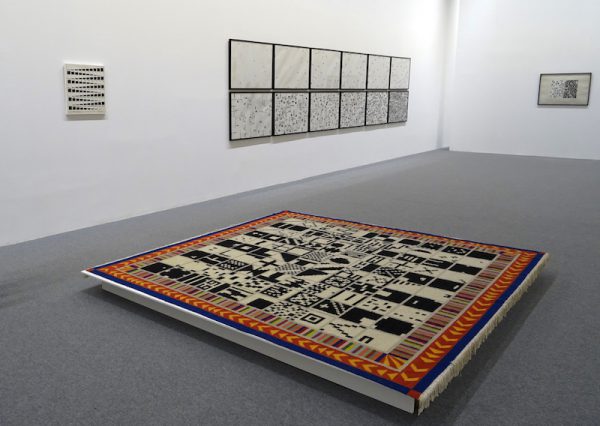 The Boetti exhibition is on San Georgio and is a welcome respite from busy Venice. The show itself is very cool in its hang, all white space and sparseness. Boetti’s work is based on rules that produce the work, and in execution has a very calming zen experience. The dot sticker formation panorama is particularly spectacular, as are the drawn copies of magazine covers on canvas panels. There’s also an interactive work by Hans Ulrich Obrist and Agata Boetti where you can make your own Boetti-esque photocopy work if you can be bothered. I couldn’t. 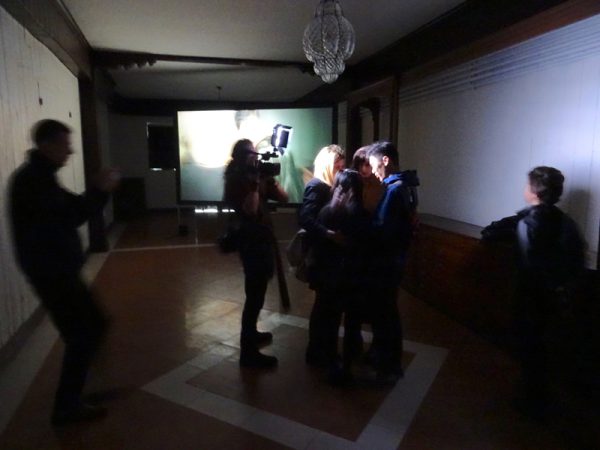 Future Generations is an annual competition and showcase. When you enter, you’re met by Danish artist Christian Falsnaes’ ‘Feed’, where participants are live streamed responding to directions to create a sensual immersive performative environment. I walked in to find four people caressing each other. Georgian artist Vajiko Chachkhiani’s film ‘Winter Which Was Not There’ follows a man who drags a monumental statue of himself to destruction in his 4×4 accompanied by a charismatic dog. Russia’s Sasha Pirogova’s sound performance is beautifully shot. It records a troupe using microphones across their bodies and clothing to make accumulative sound using high definition video technology that give a full visual sense of the textures. Give yourself time for this ranging exhibition, it needs it. 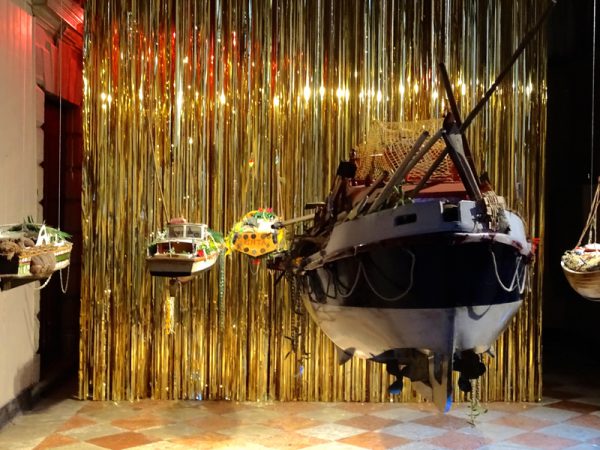 Diaspora was one of the big hits of press week. The following party was so full that at one point even the artists couldn’t get back in. By the end of the first day, all the press material and catalogues were gone. The show itself is very textured and lively in its diasporic theme,  and you’re greeted by Susan Pui San Lok’s gold foil curtains before suspended model boats by Hew Locke in the entry chamber. These are covered with ornate gold chains, netting and accessories that enhance them decoratively but also make them look as if they are a flotilla laden with prized possessions fleeing across an unknown border. I also enjoyed seeing Nicola Green’s zany bright coloured portrait works over photographic images making masks and performative characters. The framing placement and lighting was slightly heavy handed and made for difficult reflections and shadows, but individually they were a pleasure. 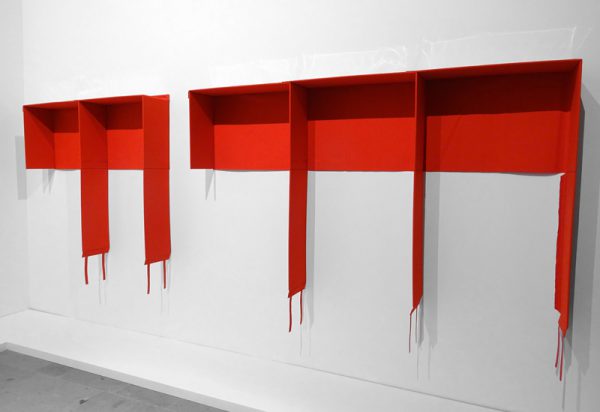 The Arsenale main space is a challenging space for any curator. It’s an immensely long hall with high ceilings that needs to be divided in such a way that works when there are hundreds of viewers or even just a few. The audience needs to be caressed through the experience in a way that enables the overarching curatorial narrative without ‘illustrating’ it. For me, this biennale was less successful than others. Some works were obviously challenged by the immense space around them and looked like they’d been visually ‘managed’ into space, whilst others felt somewhat cramped by being in thoroughfares. Among the obligatory big install video works, there is a fabric/thread/weaving theme that seems to link across the different sections. Golden Lion award winner Franz Erhard Walther 1985 wall hung fabric box structures is by far the most compelling of these. 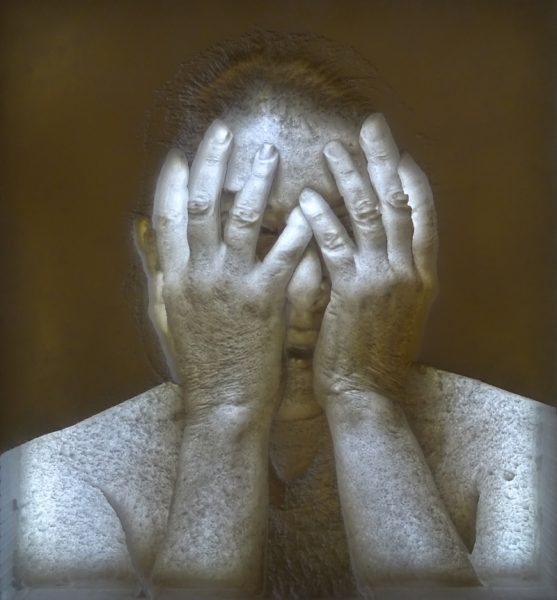 The exhibition is not part of the official biennale or collateral events and isn’t in the guides. The install has something of a circular symmetry to the negotiation of this installation. Marina’s video pieces were all made in the kitchen of a nunnery orphanage, and the Zuecca Project Space is in a monastery that once housed an orphanage, now a luxury Hotel. The best work of the show is a 3D printed inversion of Marina’s face covered by her hands. It uses the optical trick that compels the viewing to see it in positive when in fact it’s negative in its form. I like the mustard painted walls as well. 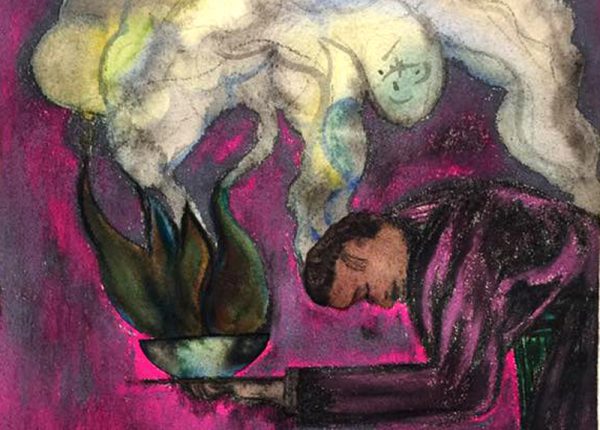 Victoria Miro opens her new space with new works on paper by Chris Ofili. It’s a small space, and the show is an easy win. They appear to be drawings with motifs and figurations that are repeated and interchanges from one to another, built up with areas of densely applied watercolour, looser washes and dots applied over again. The colour fizzes at the edges, and pushes the space around, back and forward. Mario Balotelli serves a naked black woman by the poolside. I see Chagall in there and Titian’s Venus, and despite the comments on racism, it’s romantic. There’s darkness there too, faces lurk underwater and it’s hard to tell if they’re swimming or dead. They’re decadent mystical loving and sexy all at the same time. Dark frames are a bit overbearing for my liking, and fight with the space a bit – especially the portcullis steps down to the water. Good and easily collectable, if you can afford it.

Hedley Roberts is an artist represented by Fred Mann at New Art Projects London, where he recently had a large solo show of new paintings entitled ‘Other Portraits’ based on selfies gathered from acquaintances through social media. Hedley lives in Margate, UK and attended the 57th Venice Biennale supported by an A-N artists travel bursary.