Celebrating the tercentenary of Glasgow University Hunterian founder, Dr. William Hunter obviously calls for a significant exhibition. This impressive memorable display, immaculately presented, is organised by the Hunterian Art Gallery in collaboration with Yale’s Centre for British Art where it travels next Spring.

Hunter’s lifelong passion was education, to spread knowledge and make his vast collection

Hunter was a fascinating man & Allan Ramsay’s superb, famous portrait of William Hunter painted in 1765 when he was 47, catches his charisma. Primarily a private record of a lifelong friendship of two Scots, now London based and at the top of their game with flourishing careers and positions at the court of George 3rd, it also marked a key year in Hunter’s eventful life. 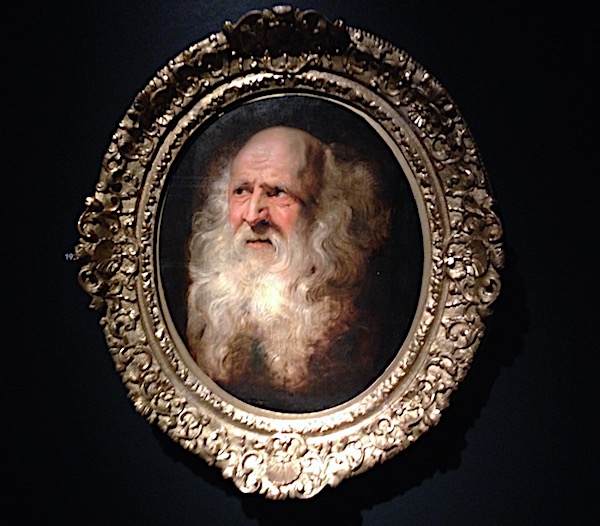 He had recently become physician to Queen Charlotte, led a pioneering life in obstetrics or collecting, and was already looking to establish Scotland’s first ever public museum.

Born at Calderwood Farm near Glasgow, Hunter was 7th of 10 children. At 14 he went to Glasgow University to study theology, but after five years decided to become a doctor. It was recorded, “He never married; he had no country house; a fastidious, fine gentleman, he worked till he dropped and he lectured when he was dying.”

Hunter’s lifelong passion was education, to spread knowledge and make his vast collection “useful to the public.” As his teaching and medical practice developed, he extended his collecting beyond anatomical material. By 1765 Hunter was accruing books, manuscripts, paintings, prints, coins, shells, zoological specimens, using them as visual tools for the new biological and chemical sciences. 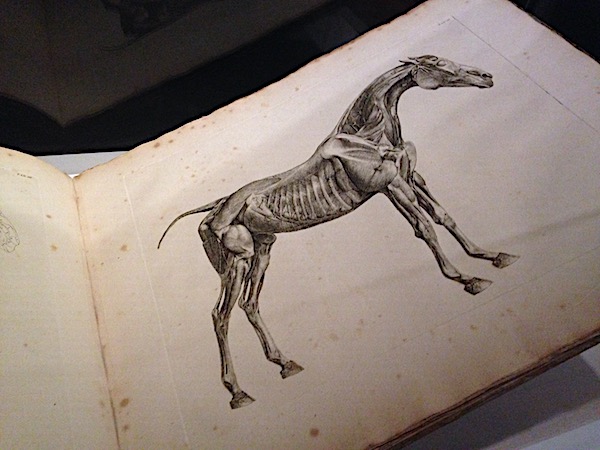 He worked with George Stubbs on the first accurate records of equine anatomy, still in use by vets today!  With no funds available, over ten years Stubbs engraved and printed the plates himself. The exhibition also contains Stubbs paintings, commissioned by Hunter, including the Nilgai, Moose and Blackbuck.

Initially Hunter hoped he would gain official backing for a national anatomy school in London, but soon learnt that, unlike European centres, state support was not forthcoming. He had to depend entirely on private enterprise throughout his illustrious career. By 1765, this rejection provided the catalyst to go it alone and found his own school and museum.

Happily this coincided with Scotland’s desires. Hunter’s letter from April 1765 notes,”I have a great inclination to do something considerable at Glasgow.”

Private collections were nothing new. Hunter was following a long tradition of providing objects, specimens, for use in the 18th Century’s enlightenment of scientific enquiry, teaching, research and investigation. His 1774 publication, ‘The Anatomy of the Human Uterus’ is world famous. He chose as model for these precise illustrations of dissections Leonardo’s drawings in the Royal Collection, Windsor.

Hunter had both connections and cash. He benefited from gifts from his rich clients and friends but he also bought lavishly. From 1765 on his bank accounts reveal significant sums: £50 pounds for the Psalter, £21 for a 1460s block book, spent at home & abroad. 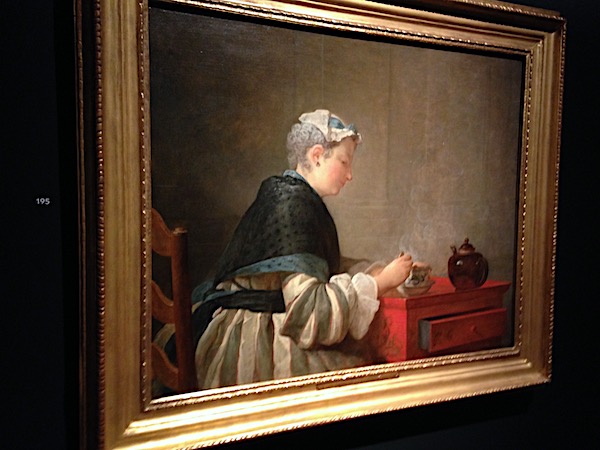 In 1765, his annus mirabilis, he also bought everyone’s favourite Chardin, ‘Lady Taking Tea’. Ramsay probably encouraged him as both were interested in perception & optics as well as in French painting.

Hunter never travelled, never did a ‘Grand Tour’, so had to rely on others for his collecting.

From the start he was involved with artists, being Royal Academy professor of anatomy. He owned 4000 anatomical drawings of which 500 were commissions.

Hunter was aware of the difficulties of establishing a formal museum. He made 2 wills. His English will bequeathed his museum & library to Glasgow University with specific detailed instructions. The Scottish will provided funds to build the first Hunterian Museum which opened at the Old College in 1807. This was superseded in 1870 when the University moved to the Gilbert Scott building in the city’s West End. In 1980  paintings, sculpture and prints were relocated to the purpose built Hunterian Art Gallery, and the medieval  manuscripts to the new University Library. Today there is a threat that this 38 year old building will be destroyed and Hunter’s art thrust into the Kelvin Hall. I sincerely hope this doesn’t happen.

Reuniting, then displaying, objects collected 250 years ago is a difficult task: scores of books propped open, engravings, fossils on pins, inevitably have an academic air. However the show’s imaginative design & useful booklet – plus welcome seats! – helps. Twenty first century museums may have moved on but objects and pictures are still the basis of our visual world, be it via video, 3D printing or plain old drawing.