A major exhibition of work by the South African artist William Kentridge opens at the Whitechapel Gallery on Wednesday. Artlyst was at the press view and highly recommends it as an exhibition not to miss for 2016. The show is titled Thick Time and was curated by the innovative Whitechapel Gallery Director Iwona Blazwick. This will be the artist’s first major public solo presentation in the UK since his 1999 show at London’s Serpentine gallery. The show will run simultaneously with his directed and designed production of the English National Opera’s production of Berg’s Lulu, a collaboration with the composer Philip Miller. 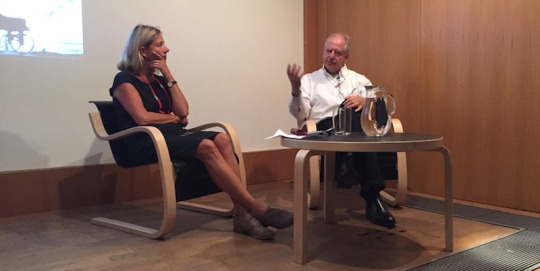 William Kentridge (b.1955, Johannesburg) is one of South Africa’s best-known artists. His globally acclaimed drawings, films, lecture performances and opera and theatre productions have made him an artist high on the list of many gallery goers. His work draws on varied sources, including philosophy, literature, and early cinema to create intricate artworks and spellbinding environments in which he explores theories of time and relativity, the history of colonialism and the aspirations and failures of revolutionary politics. Speaking today on a variety of subjects, Mr. Kentridge was able to seamlessly discuss these complicated topics selflessly without his work becoming the focus…Refreshing! 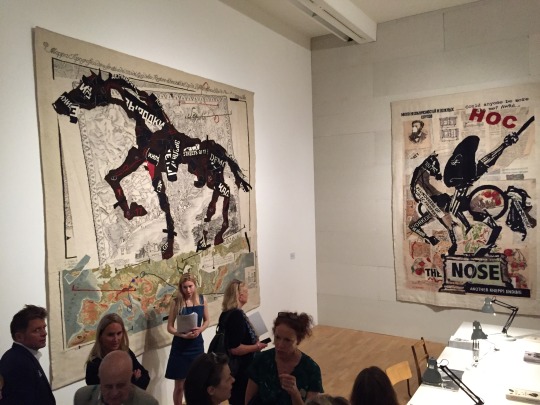 William Kentridge: Thick Time features six works created between 2003 and 2016 – including two of the artist’s immersive audio-visual installations, The Refusal of Time (2012) and O Sentimental Machine (2003), which have never previously been exhibited in the UK. The exhibition will also feature his flip-book film, Second-hand Reading (2013), a series of mural-scale tapestries based on his opera production of Shostakovich’s The Nose and a set model which reveals his working process on the opera production Lulu (2016), which he will direct at English National Opera this November. 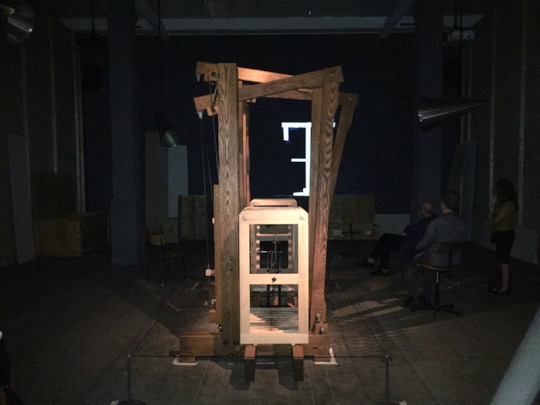 The Refusal of Time (2012) is an all-enveloping, multi-sensory installation that explores the transformation of time into material objects, sound, images, and mechanics. Inspired by a series of conversations between Kentridge and American scientist Peter Galison around theories of time, the work is an extraordinary synthesis of moving images, sound, and performance. A breathing sculpture or ‘elephant’ at its heart is based on 19th-century attempts to measure and control time during the industrial revolution and high point of European colonial expansion. First shown at dOCUMENTA (13), Kassel, Germany, The Refusal of Time is a collaboration between the artist with composer Philip Miller, projection designer and editor Catherine Meyburgh, and Peter Galison, a scientist from the United States.

The exhibition concludes with O Sentimental Machine (2015), originally commissioned for SALTWATER, 14th Istanbul Biennial, where it was installed in one of Istanbul’s oldest hotels, the Hotel Splendid Palas. In a critique of Russian revolutionary Leon Trotsky’s notion that people are ‘sentimental but programmable machines’, subtitled videos of speeches by Trotsky and also his time in exile in Istanbul are projected onto glass doors on either side of the installation, offering the viewer the opportunity to observe what is going on behind the closed doors. 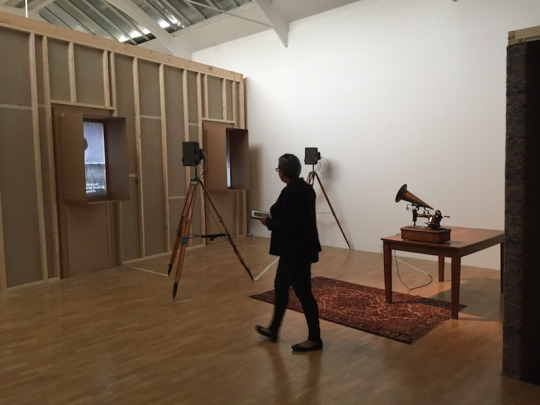 William Kentridge (b. 1955, Johannesburg) grew up in South Africa witnessing the end of apartheid, and South African society and politics are recurring themes which appear throughout his body of work. Kentridge’s work has been exhibited in museums and galleries around the world since the 1990s, including Documenta in Kassel, Germany (1997, 2003, 2012), Venice Biennale, Italy (1993, 1999, 2003, 2015), the Museum of Modern Art in New York (1998, 2010), the Musée du Louvre in Paris (2010) and Martin Gropius Bau, Berlin (2016). After leaving university he began to draw and make prints and then studied theatre and mime in Paris. He developed a working relationship with the Handspring Puppet Company – now best known for their work on War Horse.