As this exhibition demonstrates, Zoobs Ansari’s work covers a lot of contemporary themes. On the one hand, there is the experience of the outsider, living in a culture that is not his own. Secondly, there is the fascination of show-business – not only the radiance of show business stars but that of the transformative processes that these luminaries undergo before they are presented to the public. Last, but certainly not least, there is the looming shadow of mortality. Many of the images in this show are based on a skull. In each case, with a different identity imposed upon it or (literally) stretched over it. In other images, one seems to see carefully crafted identities slipping away. As the catalogue introduction tells one: “These images manage to capture both the foolishness and the danger of succumbing to a society that values beauty, youth and wealth above all things.”

None of these themes is exactly new. One encounters them, in different forms, in the art of the past. What is new about them here is the way in which they are embodied. Essentially, the images offered belong to the world of photography. More especially to that of photography as it now exists, when it has long abandoned any pretence to showing us things as they literally are, and has moved on to showing them as the maker of the image wishes them to be. In particular, they are often openly allied to the world of glamour, as we encounter this on screen, at the movies, or in the pages of fan magazines and fashion magazines. That is, they invite the viewer to enter an alternative reality. In this case, however, they also warn the spectator against accepting that reality. We are here, essentially, in a world of vanitas images, very much in line with the visual warnings about the fragility of human life that many artists produced in the past. Only here the techniques used for creating the images are new – we have entered the world of modern technology and – allied to that – the world of modern showbiz publicity. In this sense, they could not have existed in any epoch previous to the one we currently inhabit. 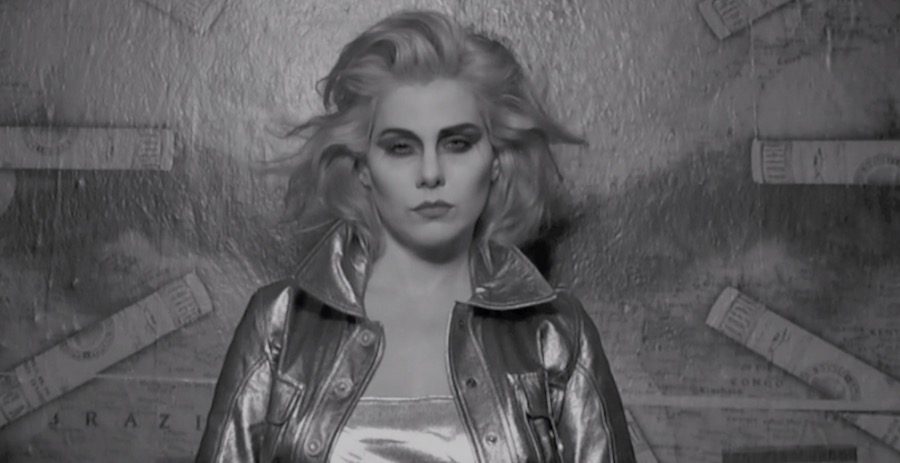 Commenting, as I professionally do, not only about the visual arts but more specifically – which is in the circumstances inevitable – about the visual arts of my own epoch, I am often struck by what people get wrong about the idea of artistic novelty. We are often led away by our fascination with technical innovation – new means of presenting images that we haven’t previously encountered. We are also fascinated by things that reflect not only modern life – faithful to the kind of world we live in – but to what we think of as modern sensibilities: a new degree of tolerance, a broader view than the kind which existed in the past.

Works of the kind presented here by Zoobs Ansari act as a reminder that self-congratulatory beliefs of this sort are essentially fictional. While I would hesitate to describe the works shown here as examples of Pop Art, though they do contain certain elements familiar from classic Pop, such as the fascination with ‘star quality’, they are in many ways certainly descendants of certain aspects of the art of Andy Warhol. If one looks, for instance, at the group of paintings called Word Searches, and subtitled Forever Young, one notes that they are portraits of John Lennon, David Bowie, Freddie Mercury and Amy Winehouse – all of them celebrated for music. All brilliantly enhanced in a range of otherworldly hues. One also notes that they are all dead. ‘Gone before’, like Marilyn Monroe portrayed by Warhol in some of his best-known paintings. Or to risk being a little blasphemous, like various saints and martyrs depicted by the likes of Fra Angelico. “What goes around, comes around”, as the old saying has it.